Virat Kohli said it was “good to get a hundred when the team wanted [it]” after his 42nd ODI century helped India to a 59-run win on the DLS method against West Indies.

Given Kohli’s lofty standards, this century took its time coming. He didn’t reach three figures in nine innings at the World Cup, meaning the last time he got a hundred was against Australia in Ranchi in March. 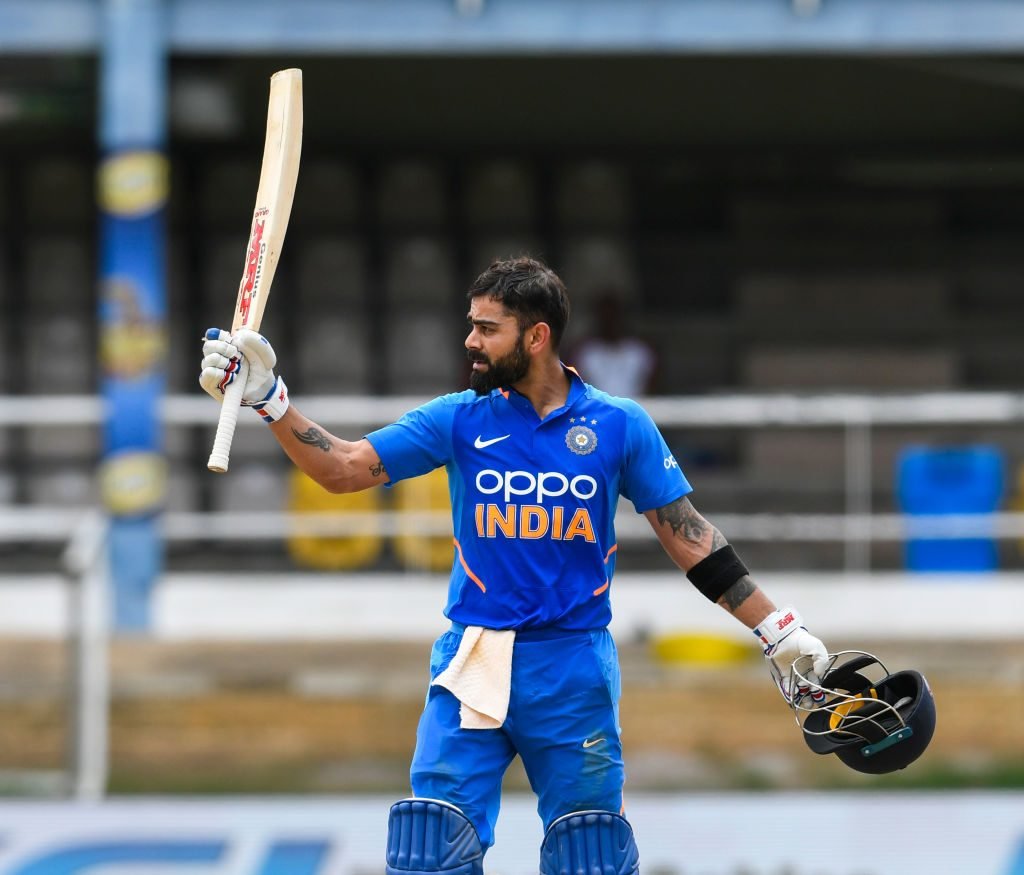 The century also meant Kohli overtook Sourav Ganguly in the all-time ODI run-scorers’ charts, with Sachin Tendulkar, who tops the list, being the only Indian above him.

“It was a good outing with the bat,” Kohli said. “Feels good to get a hundred when the team wanted me to get one. Shikhar [Dhawan] and Rohit [Sharma] didn’t get a big one. One of the top three has always got the big one. A senior man had to step up and today was my opportunity to step up.”

There was also praise for Shreyas Iyer. The Mumbai batsman scored a 68-ball 71 and put on 125 with Kohli for the fourth wicket, the partnership helping India through a tricky period. Iyer, who made his debut for India in 2017, is still waiting for a consistent run in the team, and Kohli’s praise was merited.

“He (Iyer) is a very confident guy and has the right attitude,” said Kohli. “He really got the tempo going and took the pressure off me. After I got out, he got the extra runs as well.”

The other big positive for India was the performance of Bhuvneshwar. His four-for was his fourth in 113 ODIs, and it took the sting out of West Indies, even as the likes of Evin Lewis (65) and Nicholas Pooran (42) got among the runs, with rain reducing their target to 270 from 46 overs.

“I wasn’t thinking about the result, because we knew that if we could get one or two wickets, we could get right back into the game,” Bhuvneshwar said. “We just have to bowl economically, more dot balls. A wicket is a by-product of bowling tight.”

The teams will stay in Port of Spain for the final ODI, before the Tests begin in North South on August 22.