The 2019 World Cup is done and dusted, and the planning for the next edition is under way for India, who on Sunday, July 21, announced their three squads for the tour of the Caribbean next month. Here is what we can read into the selections.

The Dhoni debate rages on

MSK Prasad, the BCCI chief selector, spent much of the press conference dealing with questions on MS Dhoni: What are his retirement plans? Why did he make himself unavailable? Had he been available, would you have picked him?

Prasad fielded it all with a 10-foot pole. “First of all he is not fit, so when he is fit and available, then we’ll see,” he first said, and when pushed further, added: “Retirement is purely individual. A legendary cricketer like MS Dhoni, they know when to retire.”

Dhoni, meanwhile, has reportedly decided to spend two months with his regiment in the Indian army, where he is an honorary Lieutenant Colonel. Initially, it was believed Dhoni would retire at the end of the World Cup, but does this protracted delay mean that stance has now changed? Clarity on his future is imperative to dismiss negative speculation.

Eye on the future 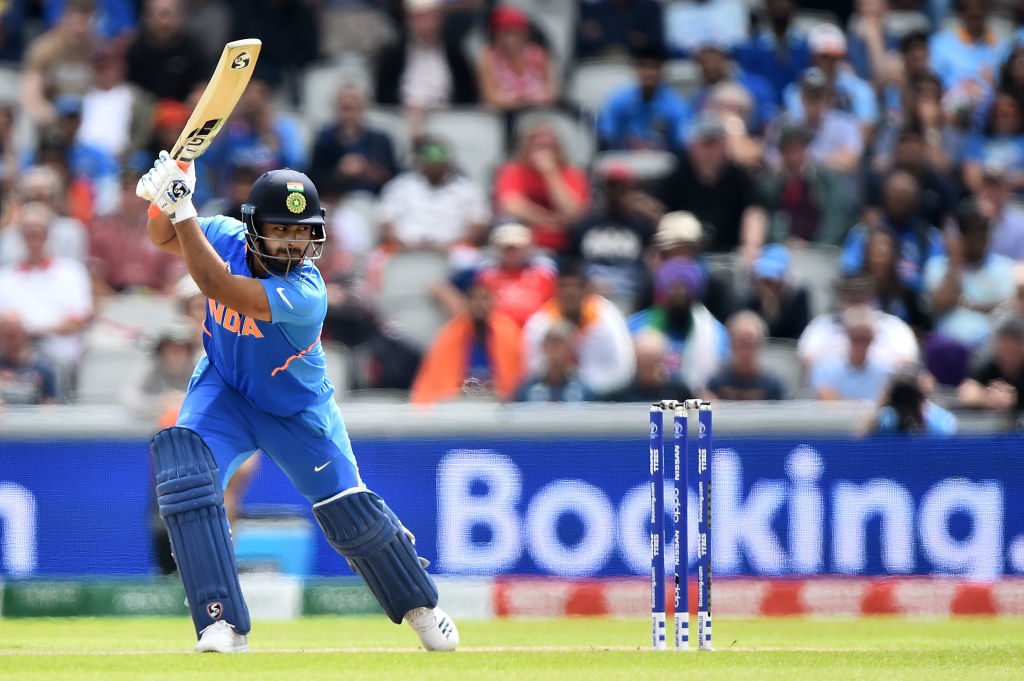 Pant is being groomed for the future

Rishabh Pant, regarded as Dhoni’s successor, is in the squad for all three formats. Navdeep Saini, the 26-year-old Delhi fast bowler, is in both limited-overs squads, while paceman Deepak Chahar and his leg-spinner brother Rahul have both been included for the T20Is.

Khaleel Ahmed, the left-arm quick, who was in contention for a World Cup berth, has been recalled to the ODI squad, and Washington Sundar, the Tamil Nadu all-rounder, has found a place in the T20I set-up.

Among the batsmen, there were returns for Shreyas Iyer and Manish Pandey – both impressed for India A in their ongoing tour of the Caribbean – while the highly-rated Shubman Gill, who is also part of the squad in the Caribbean and is top run-scorer there, will “definitely be considered in the future”. 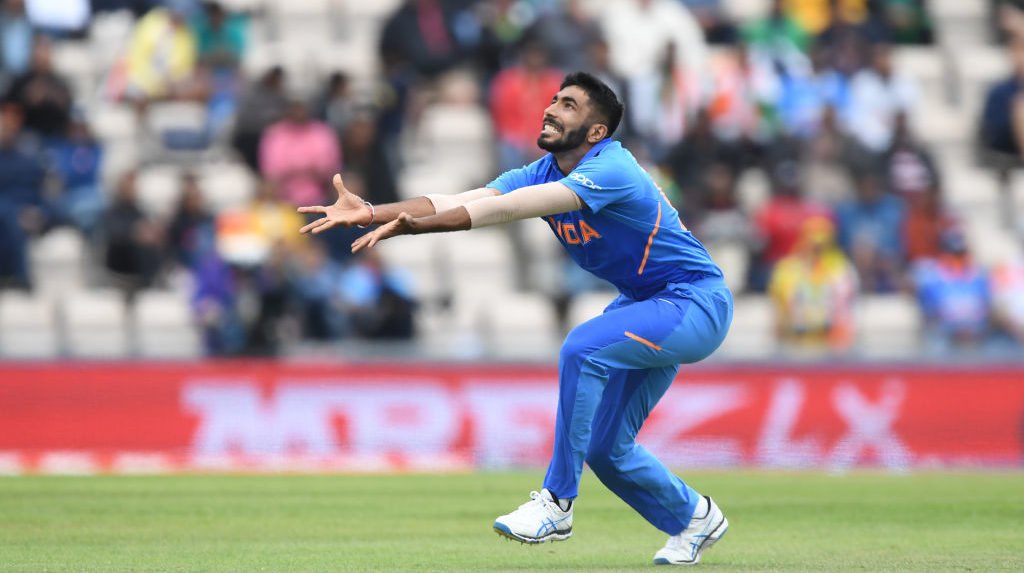 Jasprit Bumrah has become one of India’s most dangerous players, more so than Virat Kohli, some might argue. It’s a wonder he has been without serious injury concerns so far, despite his quirky action. The Indian management don’t want to take any chances, though. If this latest selection is any indication – Bumrah has been rested for the limited-overs – he will be saved for Tests, and for high-priority limited-overs series.

The situation with Hardik Pandya is less clear. The Baroda all-rounder was the only other player left out of the whole tour, and Prasad said he was being “put through a [workload management] programme”. Pandya has had injury problems in the past – lower back problems ruled him out of the home limited-overs series against Australia earlier this year – and during the World Cup semi-final against New Zealand, he had to leave the field with a groin problem before returning. So is he unfit or merely rested?

… but not so much for Mayank, DK 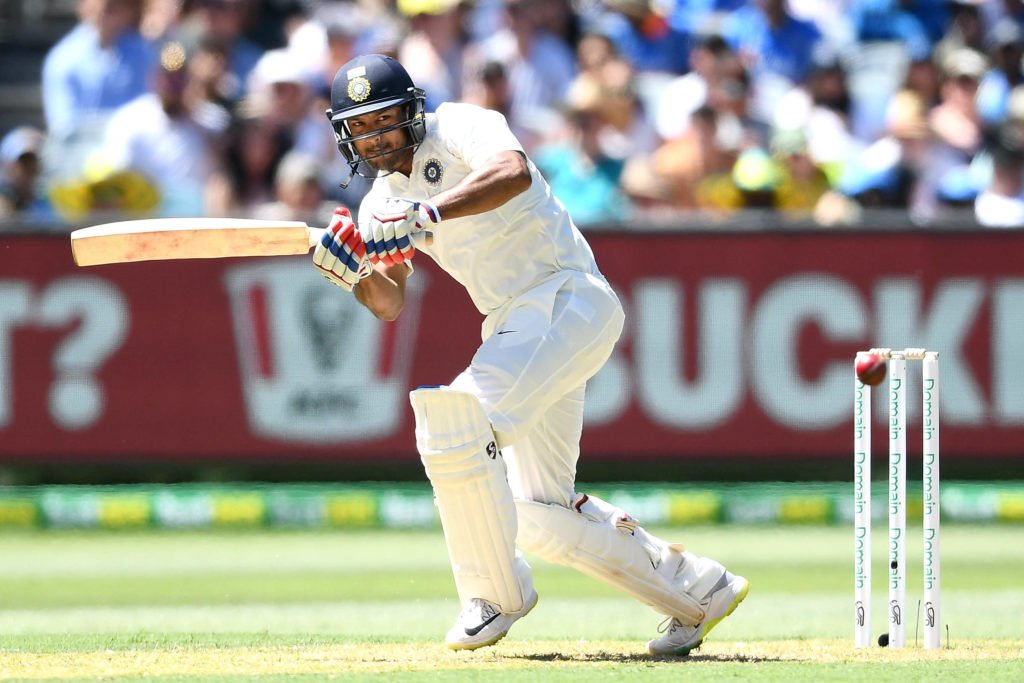 One surprising omission from the whole tour was Mayank Agarwal. The Karnataka opener was called up to the World Cup when Vijay Shankar injured his toe – something construed as a snub to Ambati Rayudu, who promptly announced his retirement – but even among all the new faces in the various squads, there was no place for Agarwal, who has done little wrong in his three international innings so far: 76, 42 and 77 during the Tests in Australia earlier in the year.

Less surprisingly, there was no place for Dinesh Karthik in any of the squads. The wicketkeeper-batsman played two innings during the World Cup and scored 8 and 6. He is 34, and this snub could possibly mean the end of the road for Karthik in international cricket.

Giants return for the whites 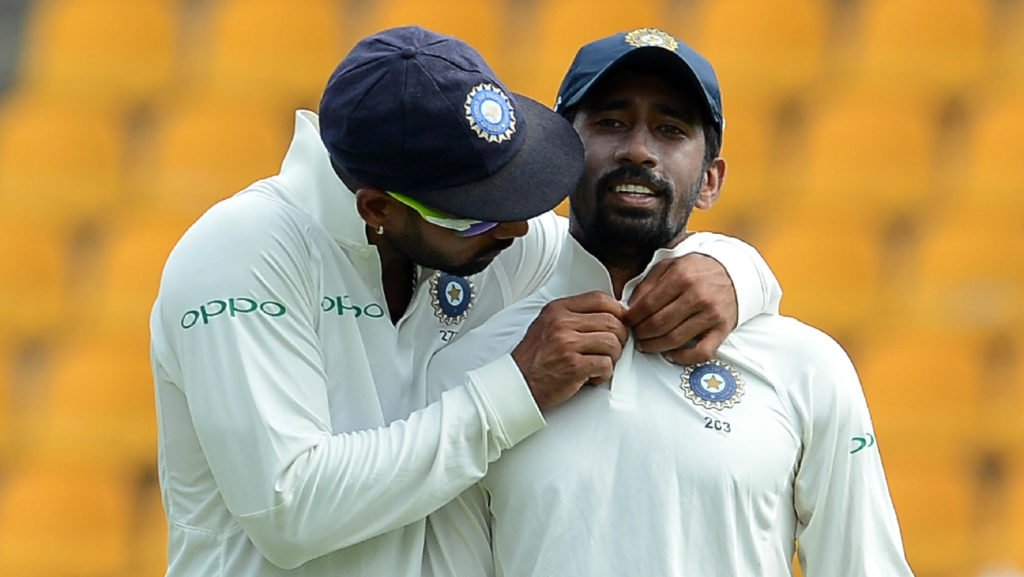 Saha returns, but will he pop straight back into the XI?

There were few big names back in the Test squad. Wriddhiman Saha, finally free of injury concerns, is in the set-up for the first time since January 2018, when he last played international cricket. Will the wicketkeeper return straight to the Test XI or has Rishabh Pant taken his slot? Perhaps not, if grooming Pant for the future is high on the agenda, as it seems to be.

R Ashwin is another player set to make a comeback. The off-spinner played just one match in Australia, having been injured for the remaining three, but he will join the squad alongside Kuldeep Yadav and Ravindra Jadeja as specialist spinners. He has also been working on a new action in domestic cricket, so watch out for an appearance in the Caribbean.