Australia T20I captain Aaron Finch took responsibility for Australia’s poor start in the first T20I against Pakistan in Abu Dhabi, where they got knocked out for 89 in reply to Pakistan’s 155-8.

Australia were blown away by Imad Wasim and Faheem Ashraf in the Powerplay and were reduced to 22/6 before a 38-run stand between Nathan Coulter-Nile and Ashton Agar saved face to some extent.

But that couldn’t prevent Australia from slipping to a 66-run defeat that Finch likened to a ‘car crash in slow motion’.

Pakistan comprehensively beat Australia in the first T20I of the series.

Imad Wasim was the Player of the Match for his 3/20 on his return to international cricket.

“Opening the batting, it’s my responsibility to get us off to a good start and set up the chase there,” said Finch. “I take full responsibility for that.”

“I think any time that you’re chasing a total like that it’s important you have a solid start and for me to get out in the first over and not give us that was not good enough. That Powerplay was horrific … it was like a car crash in slow motion,” he added.

While conceding it was an ‘awful’ batting performance, Finch reserved words of praise for the bowlers, who he believed were ‘pretty good’ in restricting Pakistan to 155. 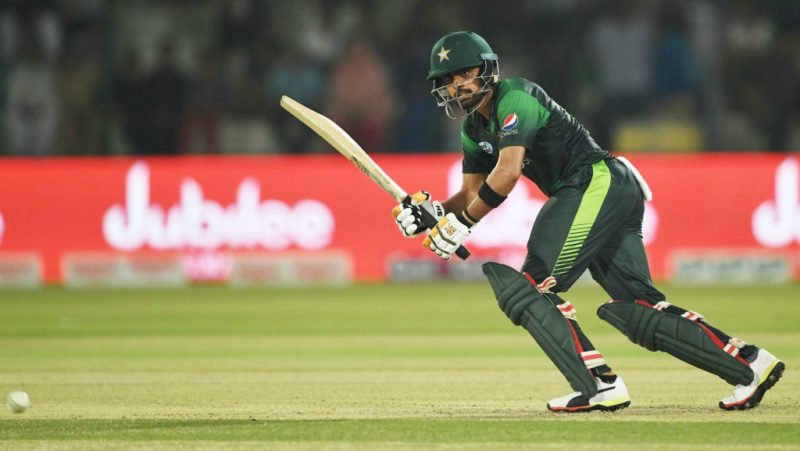 “I think all in all, our bowling performance was pretty good. Our fielding was slightly sloppy, then the batting was awful,” said Finch. “Definitely when that happens, when you lose a game so badly, you have to look at everything.”

The teams now move to Dubai for the second and third T20Is, with the second one scheduled for Friday, October 26, and Pakistan will have fewer selection headaches ahead of the second game than Australia.

Captain Sarfraz Ahmed knew that a score of around 160 will ‘keep Pakistan in the game’ and credited Babar Azam (68* off 55) and Mohammad Hafeez (39 off 30), who put up 73 runs for the second wicket, as well as Hassan Ali, who smashed an eight-ball 17* towards the end.

He's got the best bowling average of any bowler with 50 Test wickets since 1900, but what makes Mohammad Abbas so good?https://t.co/zmDoLtoLPs

“The partnership between Babar [Azam] and [Mohammad] Hafeez was crucial for us,” said Ahmed. “We knew, if we make 160, we will be in the game.”

“We want to take wickets in the Powerplay and we did that today. Imad was superb in his comeback match. The hitting done by Hassan Ali in the death overs dragged the total over 150 and that brought us back in the match.”