Over the years, Brendon McCullum has established himself as one of the finest players to have played T20 cricket. Whether it be his brute force or his ability to read match situations, he has been a man high in demand throughout his career.

McCullum this week said that the current Big Bash League would be his last as he looks to wind down his playing career before exploring a route into coaching. He is currently the second highest run-getter (9,922) ever in the T20 format, behind Chris Gayle and has made seven T20 hundreds, again second to Gayle.

In T20 internationals, McCullum ranks fifth in the list of all-time run makers and has the second highest average (35.66) and strike rate (136.21) of anyone in the top eight.

He has played some truly memorable innings during a memorable career. Here are five of his best T20 international knocks.

In a superb, high scoring match, McCullum lit up Christchurch with his maiden T20I hundred in what was one of the most extraordinary innings ever played in the format.

New Zealand skipper Daniel Vettori batted first after winning the toss but was reliant on his star player to deliver at the top of the order against a fearsome Aussie pace attack, featuring Shaun Tait, Dirk Nannes and Ryan Harris. 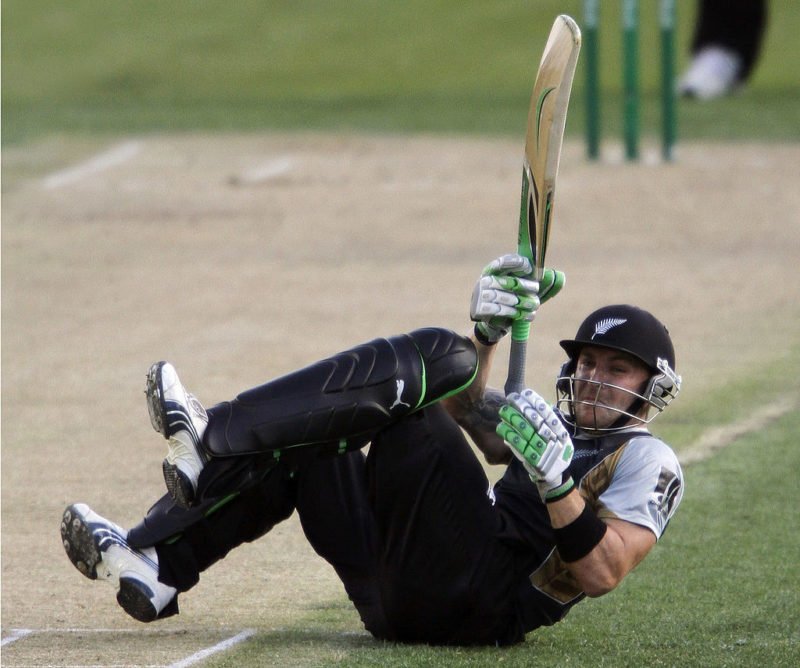 McCullum at his inventive best

McCullum wasted no time going on the attack, smoking Nannes over extra cover for six and clipping a series of boundaries on the leg side. He reached his fifty off 33 balls – a rate that would seem slow compared to what was to follow.

McCullum’s next 65 runs came off just 23 balls as he decided to go ultra-inventive. He first picked on Dan Christian by scooping him over wicket-keeper Brad Haddin’s head for four before doing the same to Harris and Tait, who were both bowling in excess of 145kph.

He continued to target the short boundary on the leg side before playing two outrageous scoops off Tait which went for six – one of them off a ball clocked at 155kph – after reaching his ton. It was a remarkable display of skill and bravery against some of the world’s fastest bowlers. He ended up 116 not out, carrying his bat in the process.

Batting at No.3 in the 2012 World T20 in Sri Lanka, McCullum was at his brutal best against the fallible attack of Bangladesh.

Coming in at 19-1, he initially struggled against the wily left-arm spin of Abdur Razzak but took a liking to the seamers, smashing his first six over the covers, and then following it up with his second an over later. 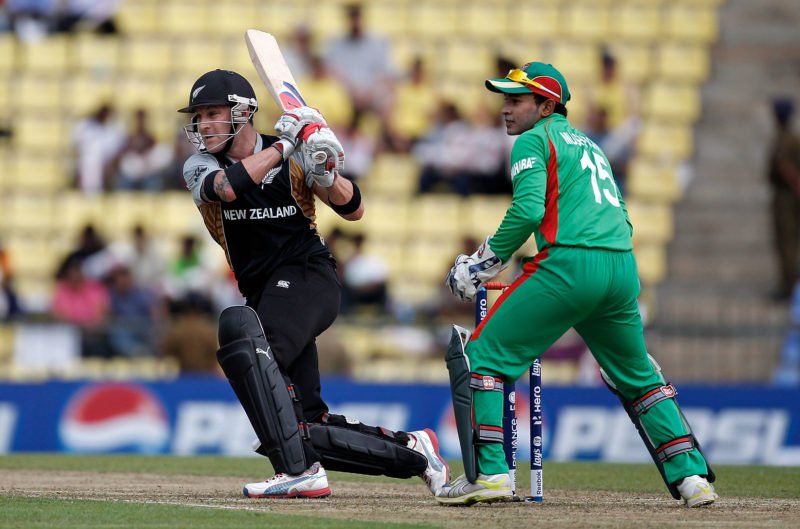 McCullum took a liking to the Bangladeshi attack

He reached his fifty off 29 balls and did not stop there, as he helped New Zealand make 62 off five overs in the middle period and then 63 off the final four overs of the innings. McCullum’s century was reached off 51 balls and he eventually fell off the last ball of the innings after making the then highest T20I score of all time.

New Zealand started the second T20I of their tour of India in real trouble as they were reduced to 2-2 having batted first. However, they were saved by a calculated knock from McCullum, who added 90 with a young Kane Williamson and then 47 with captain Ross Taylor.

The right-hander started his innings slowly as he set about rebuilding the innings, before going on the attack against seam bowling pair Zaheer Khan and Lakshmipathy Balaji. He then targeted off-spinner Ravichandran Aswin by hitting him over extra cover for boundaries and then straight down the ground for sixes.

He just missed out on what would have been his second T20I hundred as he was bowled by Irfan Pathan but had done a superb job in dragging his side to 167-5 – a score that was to be enough for victory. 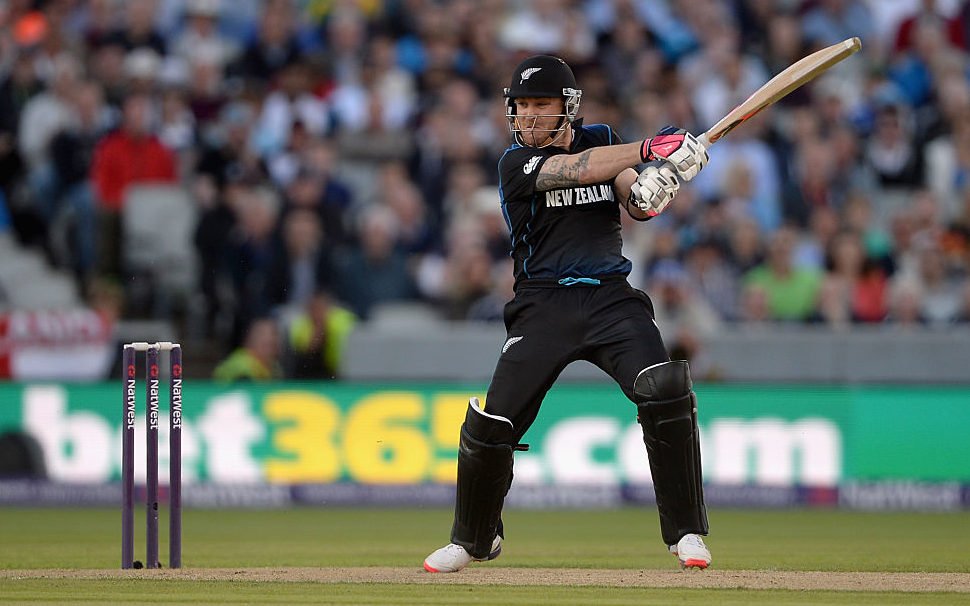 The Black Caps’ skipper was set a solid platform by openers Hamish Rutherford and Martin Guptill who put on 75 for the first wicket. After a couple of plays and misses, McCullum got into his stride by hitting Samit Patel over midwicket for a huge six and then pulling James Tredwell into a similar area with a similar outcome.

He then hit several boundaries in the middle overs but was at his brutal best towards the end, dishing out some harsh punishment on captain Stuart Broad and Jade Dernbach, including two sixes – one high over square-leg and aonther flat over cover – off the former.

He was out off the penultimate ball of the innings but his match winning-knock led his side to a comfortable win by 55 runs.

This was McCullum at his brutal best at the top of the order. Chasing 124 for victory in Harare, he made a mockery of the target.

Signs were ominous once he launched Kyle Jarvis for a massive six over long-off, before he targeted the leg-side, clipping and pulling boundaries over square leg at ease, before smoking more boundaries over cover in classic McCullum fashion.

After reaching a 37-ball half-century, he then set about ending the match quickly by hitting Chamu Chibhabha for consecutive sixes and Ray Price for a maximum over long-on.

It left the crowd stunned but also a feeling of being entertained as McCullum had another one of his days out, and when that happened, not many could stop him, let alone a feeble Zimbabwe side.