Jimmy Anderson was quite thrilled with himself after the second day at Lord’s, and you couldn’t begrudge him that.

His 5-20 in 13.2 overs was a masterclass in swing bowling, and it helped skittle India out for 107 in just 35.2 overs. The overcast conditions suited him perfectly, of course, and his virtuoso display earned plaudits from the world over.

Anderson got on the Lord’s honours board for the sixth time in 23 appearances – only Ian Botham, with eight mentions, has been featured on the board more. It was his 26th five-wicket haul in Tests, and it took him up to 549 wickets in 140 Tests. 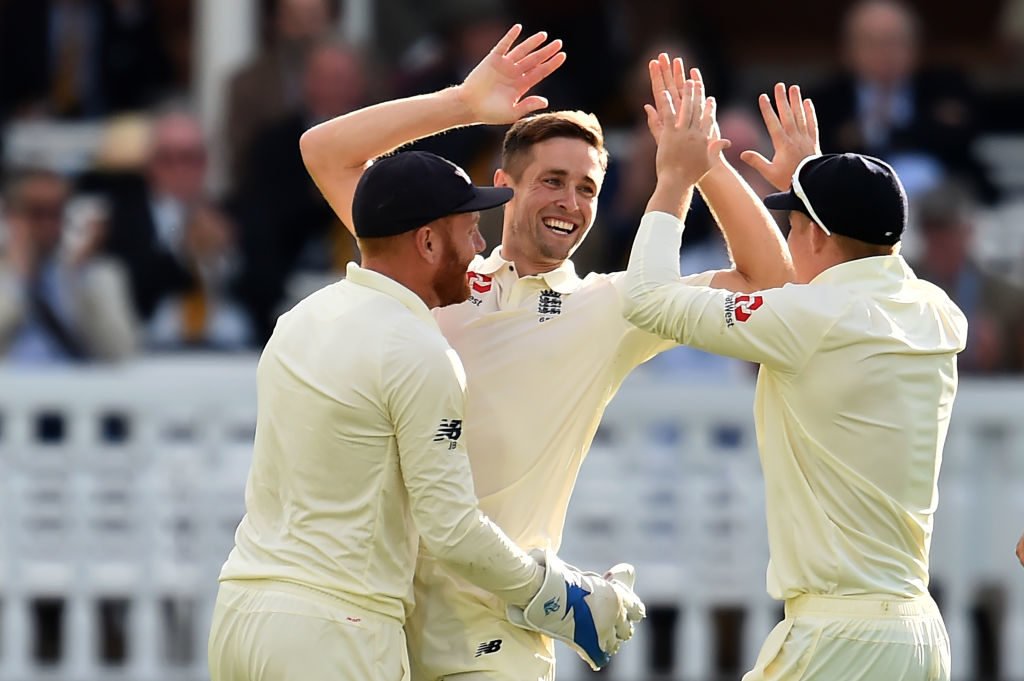 Chris Woakes got the prized scalp of Virat Kohli

“We hardly bowled any bad balls, we didn’t give them much to hit at all – and when you build pressure like that all day, no matter who you are around the world, it is difficult. If we were bowling at our batsmen, we’d have the better of them (too).

We exploit those conditions as well as anyone in the world. I don’t think it’s just the Indian batsmen that would have struggled. Honestly, I’d have been so disappointed if I’d messed up today because they were the ideal conditions to bowl in.”

All smiles as @jimmy9 leads the team back into the changing room! ?

That said, there was one nagging imperfection to what was quite a good day for the England veteran – the prized scalp of Virat Kohli, the India captain, continued to escape him.

Anderson’s spell to Kohli in the Edgbaston Test was one of the all-time great spells, but the Indian captain survived to score 149 in the first innings and 51 in the second. Once again at Lord’s on Friday, Kohli fronted up to Anderson in a 30-ball spar, and came away with 13 cautious runs.

It was frustrating. “I was thinking, ‘why can’t he edge them like everyone else?’” said Anderson. “I’ve really enjoyed the contest between myself and him. He’s No.1 in the world for a reason.

“For me, I love playing against the best players in the world, testing yourself and seeing whether you can get the better of them. It’s a really thrilling thing to be a part of, and unfortunately, I’ve not got the better of him yet. But I’ll continue to try my hardest throughout the rest of the series.” 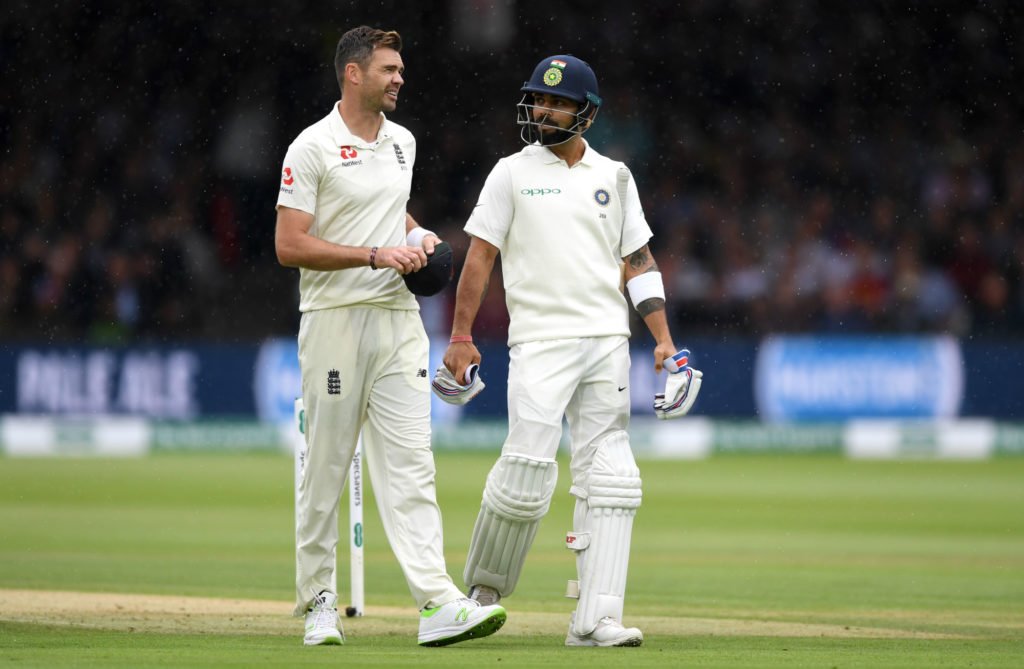 As it turned out, Chris Woakes did what Anderson couldn’t and visibly troubled Kohli. He, in fact, got the ball to swing more than Anderson, and the Indian captain was soon dismissed for a 57-ball 23.

He returned 2-19 in what was a fine comeback to the England XI. “He (Woakes) has worked really hard, he’s still been around the squad the last few weeks, and missed out last week,” said Anderson.

Related Story: The journey of India in men’s ODI cricket

“He’s a world-class performer on his day. We’ve seen it before, all round the world, one-day cricket, Test match cricket – he’s a brilliant bowler, a brilliant all-rounder, and someone who can do a fantastic job for this team.

“We’re just delighted for him. That first game back can always be tricky, especially when you’ve got world-class batsmen to come up against – but he handled the task brilliantly.”