Kolkata’s Eden Gardens is likely to host the first ever day-night Test for both India and Bangladesh next month, provided the Bangladesh Cricket Board approves the Board of Control for Cricket in India’s proposal for the final game of the tour.

India are scheduled to play three T20Is against Bangladesh at home, beginning November 3 in Delhi. This will be followed by two Test matches to be played at Indore’s Holkar Stadium and Eden Gardens respectively. As per a report by ESPNcricinfo, the BCCI has already put forward the idea of hosting the second Test, scheduled to be played between November 22-26, as a day-night affair.

"The game needs to go forward and that is the way forward. People should finish work and come to watch champions play."

“We are having this discussion but we haven’t decided yet,” BCB chief executive officer Nizamuddin Chowdhury told reporters. “We will only decide after speaking to the players and team management.”

Kolkata last hosted a Test match back in 2017 at the same time of the year, and the seamers got a significant amount of assistance in the rain-marred game then, accounting for 32 of the total 35 wickets.

Sujan Mukherjee, the chief curator at Eden Gardens is hopeful of the game happening under lights and has hinted at preparing a similar surface. 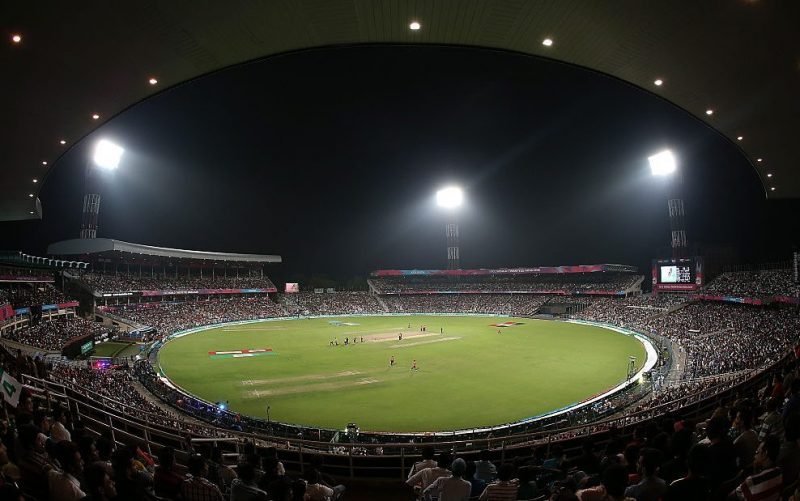 Eden Gardens will host the second Test between India and Bangladesh, beginning November 22

“We are waiting for the final go-ahead now, but yes, we are expecting it to happen,” Mukherjee said. “As such, there is nothing different for us to do. A pitch is a pitch, we are hoping to make it a sporting one, with some pace.

“It has been raining intermittently for the past many days, and non-stop for the last three days. But I am sure we will have time to do a good job. Only the dew could be a concern. In the evening, in November… it will mean drying the ground during the game.”

The news comes after Sourav Ganguly, the new BCCI President had cited day-night Tests as “the way forward” last week and had further stated that India skipper Virat Kohli is on similar terms on the idea.

Related Story: The long wait: Players with the biggest intervals between Test appearances

“We all are thinking about this. We will do something about this,” Ganguly had said on Friday, 25 October at the Eden Gardens at a Cricket Association of Bengal event. “I am a big believer in day-night Tests. Kohli is agreeable to it. I see a lot of reports in newspapers that he is not, but that is not true.

“The game needs to go forward and that is the way forward. People should finish work and come to watch champions play. I don’t know when that will happen, but it will.”