Bangladesh had the dubious distinction of posting the lowest Test total in the last 44 years when they were bundled out for 43 on the opening day of their Test against West Indies in Antigua.

It was their lowest total in Tests, the 10th lowest of all time, and the lowest score that the West Indies had ever been responsible for.

On a green pitch at North Sound on Wednesday, July 4, Bangladesh lasted all of 18.4 overs. At least they could say that was not the shortest first innings of a Test – it was still one ball more than the 111 the Australians played out against England in Nottingham in 2015 when Stuart Broad returned 8-15.

All of Mushfiqur Rahim, Mahmudullah and Shakib Al Hasan made ducks. Opener Liton Das’ 25 was the only double-digit score of the day. His 25 was more than half of his team’s 43.

Causing the damage with the ball was Kemar Roach. Over 12 deliveries, he picked up five wickets. He might have had more if he didn’t have to contend with hamstring trouble.

“It came pretty rapid,” said the man of the moment. “It was a bit surprising. Obviously to go out there and perform for West Indies is the main goal. To do that today and put West Indies in a good position, I’m happy with that. 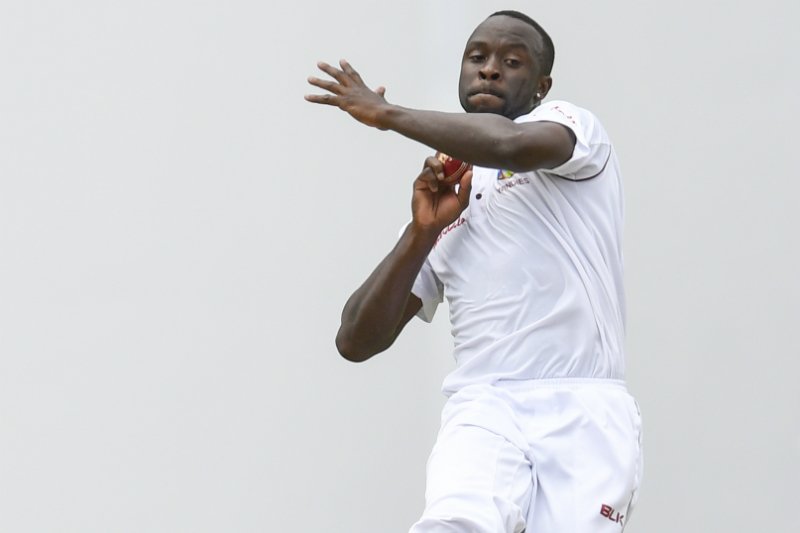 Roach showed smarts with his bowling, troubling batsmen with both his pace and angles, especially when he bowled from around the wicket.

“My rhythm today was fantastic; the ball came out just the way I wanted to,” he said. “I try to use the angles as much as possible. I tried to bring in all three aspects of dismissals into play: lbw, bowled, and caught. I just wanted to be as consistent as possible, make a batsman play as much as possible and, obviously play on the mistake.”

The tweaked hamstring wasn’t serious, he said, expecting to still play a part in the Test. It looked unlikely that he’d have to bowl any time soon: the West Indies finished the day on 201/2 in the 68 overs they batted and showed no inclination to stop.