The decision was taken after both BCB and Cricket Australia mutually agreed on the postponement. “According to the FTP, we were supposed to host two Tests in February but now the Test series will be played in June-July 2020,” BCB cricket operations chairman Akram Khan told reporters on Monday, September 23.

A three-match T20I series, which was scheduled to be played next month, has been pushed to 2021 ahead of the T20 World Cup 2021 in India. The reasoning behind the postponement wasn’t revealed. 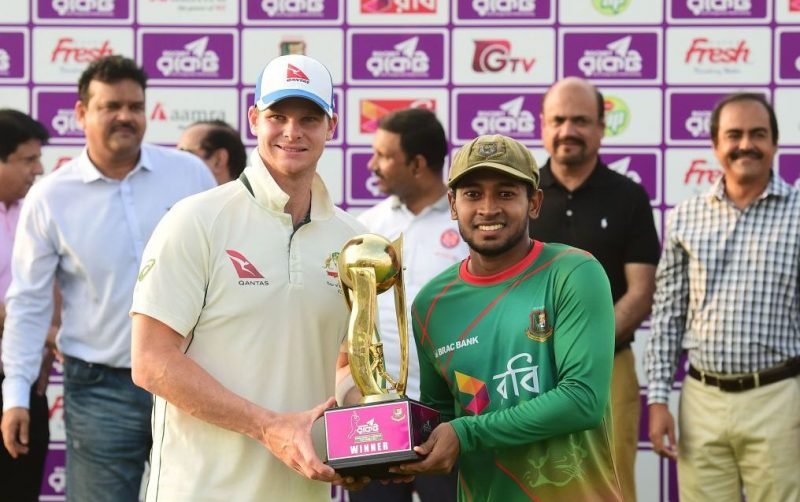 “Initially, we were expecting to host Australia for a two-match Twenty20 International series in October,” said Akram. “But now they have agreed to play three T20Is, and it will be played ahead of the World T20 in India, though we are yet to finalise the date.”

Australia’s last tour of Bangladesh, in 2017, was in threat for a long time, with a dispute between the CA and the players’ association over wages. The tour eventually went ahead, with Australia coming away with a 1-1 draw in a two-Test series.

Australia, currently at No.4 on the table after the 2-2 draw in the Ashes, will next play Sri Lanka in three T20Is next month, and will then take on Pakistan in three T20Is and two Tests.