Nothing new, Ambati Rayudu said when asked about Virat Kohli’s recent suggestion that he is the best man to plug the hole at No.4 in the Indian ODI batting order.

That’s been a headache for India. Any number of players have been tried at two-drop in the past few years – veterans Yuvraj Singh and Suresh Raina, KL Rahul, Manish Pandey, Kedar Jadhav, Dinesh Karthik, and so on. There have been good performances, but not the sort of consistency the team has looked for.

Kohli, speaking prior to the ongoing ODI series against the West Indies, said of Rayudu, “he is designed to play that middle-order batsman’s role”.

Rayudu, who captained India in the 2004 Under-19 World Cup, has had a stop-start career at the international level. The numbers are good – 1252 runs from 41 matches at an average of 50.08 – but the appearances haven’t come in a sequence; they have usually been when first-choice players have not been around.

"There is nothing new that they have asked me to do"

Most recently, Rayudu had an excellent IPL 2018, scoring 602 runs from 16 innings, but then missed travelling to England after failing a fitness test. He did go to the Asia Cup, though, and had mixed results, scoring two half-centuries but not quite making a mark in the remaining games.

“I think even before the IPL, it’s not that I was not in contention. It’s just that I had few injuries and the IPL was a good platform to come back strong,” said Rayudu. 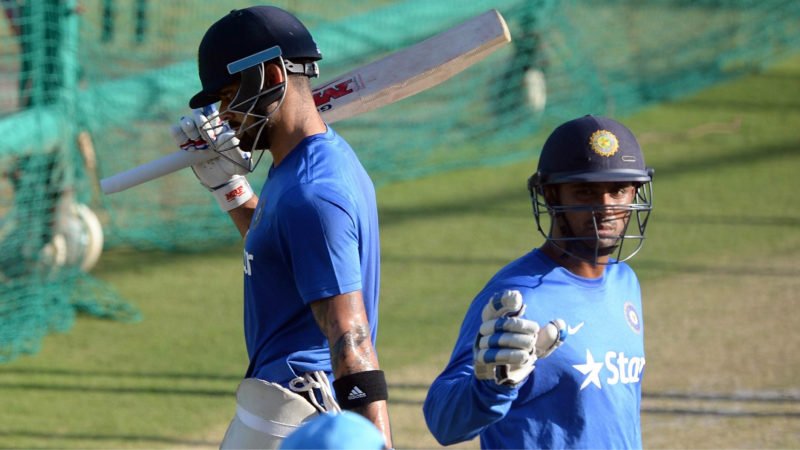 “I don’t think yo-yo (fitness) test had any bearing on how was I preparing or how I was going about my fitness. I have been working on my fitness right from an earlier injury. Even now I go to the NCA (National Cricket Academy), if there is a small pocket of free time may be for a week. I am happy that I cleared the test.”

The 2019 World Cup isn’t too far away, and India have just over 15 ODIs between now and then.

“I am just focused on this series at the moment,” said Rayudu of the ongoing exchanges with the West Indies. “I am not really thinking too far ahead. It is not a new role as I have been batting in the middle order for long. There is nothing new that they have asked me to do.”