Martin Claytor charts the progress of Western Australia during the 1970s, as they rose from also-rans to the premier state side in Australia. Introduction by Roshan Gede.

Having won the Sheffield Shield in their first season in 1947/48, Western Australia then went 20 years without lifting the title. In 1967/68, under the captaincy of Tony Lock, the England and Surrey spinner, WA emerged as the dominant side on the domestic scene and went on to win six Shields and four one-day cups over the next decade.

Ian Brayshaw (WA 1960-78): WA were gathering a group of talented players, soon to be joined by two champions in Dennis Lillee and Rod Marsh, and later Terry Alderman and Kim Hughes – each outstanding at their own game.

Ross Edwards (WA 1964-75 & Australia 1972-75): The first Shield win was the culmination of various factors coming together at the right time: a pool of very talented players all maturing at a similar time, enthusiastic direction, training practices and standards, and the leadership of Tony Lock. Future success was built on this foundation.

Victory in the 40-over knockout competition in 1970/71 set the tone for the decade, as Shield titles followed in the next two seasons, first under Lock and then their cerebral new skipper John Inverarity. This success owed much to varying styles of inspirational leadership, starting with a change of approach in the 1960s.

IB: I played under four substantial captains for WA. First was Barry Shepherd who put spine into a group of promising young players. Then came Tony Lock, who taught us how to win. John Inverarity followed in 1971 and he taught us how to keep winning. He was lucky to have some dedicated lieutenants to help put his plans in place. Finally there was Rod Marsh, who inspired the group and would always take the game on. One thing clear to me was the ‘team thing’, which Inverarity and Marsh were able to engender in the group. You daren’t let your mates down. 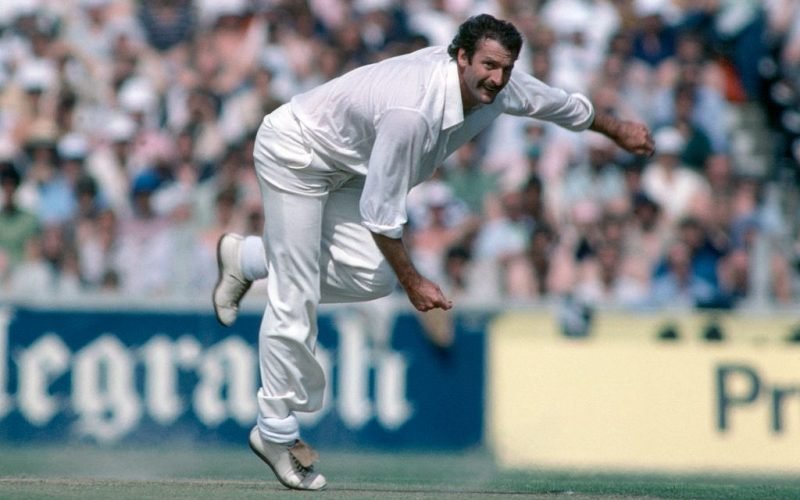 RE: Shepherd [who captained from 1961-66] shrugged off the inferiority complex endemic to our teams and took the game to the Eastern States. Lock directed and hardened a highly talented and competitive group.

Wally Edwards (WA 1973-78 & Australia 1974-75): John Inverarity was the master. His memory of opposition players was extraordinary – he could advise how they got a player out on the 10 previous occasions. Ian Brayshaw was a great deputy and complemented John really well. Rod Marsh added that flair and ‘never-say-die’ attitude. These guys were critical to the team’s success.

RE: Inverarity was the most important ingredient in the continued success of WA. He got his senior players involved in the decision-making process, which made them aware and responsible for the consequences. The leadership of senior players was more in the doing, by setting the minimum acceptable standards. With a squad packed full of quality, and by focusing on fitness and fielding – areas which other states paid less heed too – WA were able to stay a march ahead of the competition. 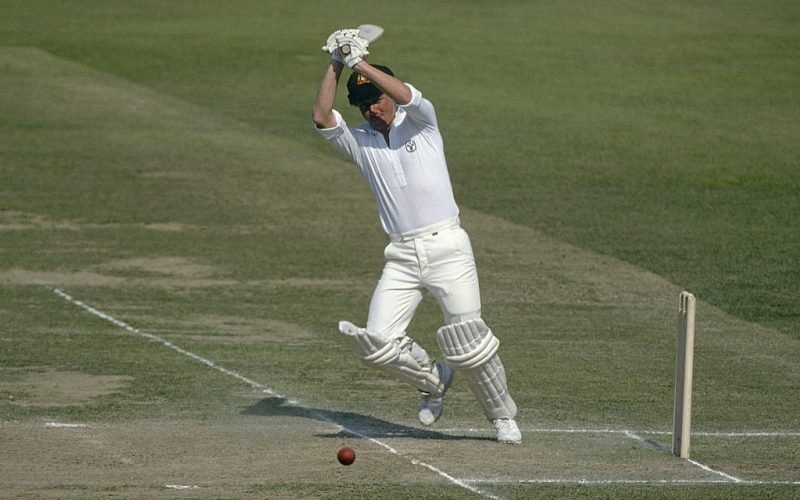 Kim Hughes was known for his extravagant stroke-play

IB: Throughout this period, Daryl Foster, initially the state coordinator, played a significant role. He took responsibility for developing high levels of physical fitness within the group. WA was ahead of the other states in this regard. There was incredible depth in the squad, so much so that when Test players were absent, quality players were ready to step up and do a job. Club cricket in Perth was strong and productive. A grand contribution to our success came from the selection panel of Allan Edwards, Lawrie Sawle and Hugh Bevan, who were all experienced and astute and spent a lot of time watching club cricket, looking for players on the way up.

RE: Despite having a number of Test players missing on the tour to the West Indies, WA still won the Shield in 1972/73, due to players such as [Bruce] Yardley, [Dennis] Baker and [Graeme] Watson.

“Inverarity had a saying: ‘Playing’s great but winning’s better!’”

WE: There was no doubt that the depth of WA cricket during this period was very good. I think this was due to a strong district competition, which had benefitted from a big improvement in the quality of the grounds and wickets. Cricket moved away from the ‘football’ grounds during the Sixties and became co-tenants with hockey clubs in a number of new community facilities. So we had really good wickets and, most importantly, good practice wickets.

WA had hit upon a winning blend of youth and experience. Players such as Kim Hughes, Craig Serjeant, Terry Alderman, Wayne Clark, Greg Shipperd and Graeme Wood were identified as talented youngsters and integrated smoothly into a winning team.

WE: There were many hard-headed older cricketers spread around the clubs and these guys instilled a very competitive attitude. There was also an attitude of giving the young guys a go. If you showed promise, you were encouraged and mentored. This was critical. The mix of old heads and young enthusiasm is a dynamic force in sporting teams. 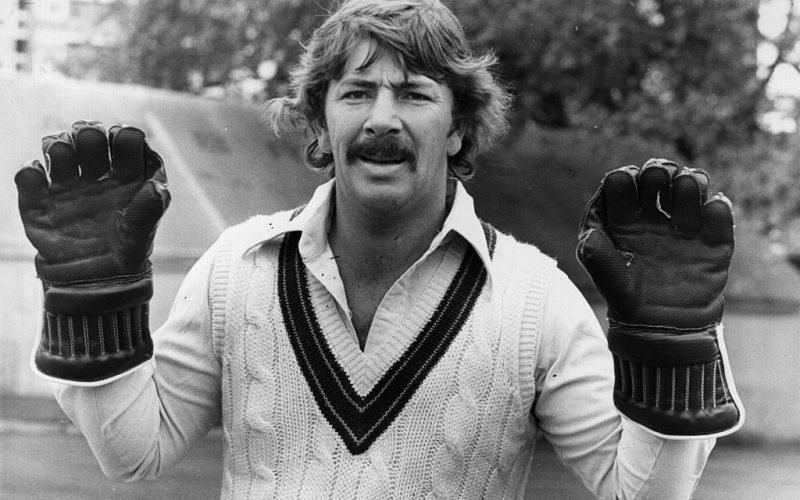 RE: Youngsters were developed as a result of the standards set by senior squad players, so in later years when we lost people to Test duty, players such as Geoff Marsh were available and competent replacements.

WE: I was originally a weekend cricketer who played for the fun of it and was not uptight about succeeding. I was picked, or was trialled, against New Zealand in a first-class game at the WACA [in 1974] and then scored well in the remaining Shield games of the season. I don’t believe that I had been in outstanding form in Perth District cricket, so we must give the selectors credit for picking me.

An outstanding captain and tactician who, after taking over from Tony Lock, guided WA to four Shield titles and four one-day cups in the Seventies. He could bat as well, passing Bradman’s Sheffield Shield run-scoring record. With his useful left-arm spin an extra asset, he made 119 first-class appearances for WA and played six Tests. He later coached Kent and Warwickshire before serving as Australia’s national selector.

An accomplished bowling all-rounder, Brayshaw made 101 first-class appearances for WA over an 18-year career, winning 10 trophies, and, as Inverarity’s vice-captain, played a key role in instilling a winning mentality within the squad. No bowler has taken a 10-wicket innings haul in Australian first-class cricket since Brayshaw’s 10-44 against Victoria in 1967.

Dubbed ‘Iron Gloves’ after an error-strewn start to his Test career, Marsh soon proved his critics wrong and became a vital part of the success enjoyed by WA and Australia during the Seventies. His tally of more than 5,000 first-class runs and nearly 400 keeping dismissals for his state tell only part of the story. An inspirational leader, Marsh was always prepared to take risks to win games after succeeding Inverarity as WA skipper. A record number of ‘c Marsh b Lillee’ dismissals were written into scorebooks at both state and Test level.

Fast, hostile, adaptable, accurate and flamboyant, with an action straight from the coaching manual. A leader on the field who never knew when he was beaten, Lillee took 351 first-class wickets for WA between 1969 and 1984 and overcame a serious back injury to form a fearsome pace partnership with Jeff Thomson for Australia. Finished his career as the leading wicket-taker in Test cricket.

Graham Gooch probably still has nightmares about facing Alderman’s canny swingers after his infamous struggles in the 1989 Ashes series, and he is not alone. Alderman took 433 first-class wickets for WA in a career that started in 1974. A better bowler than he was a rugby player, Alderman’s attempt to tackle an England supporter who had run on to the WACA outfield in 1982 resulted in a year out of the game with a shoulder injury. He took 170 wickets in 41 Tests.

IB: Twice in the 1970s, WA won both the Shield and one-day competitions in the same season. There was a high level of expectation that we would win games. Winning is infectious. Inverarity had a saying: ‘Playing’s great but winning’s better!’ It helped immensely to have two out-and-out champions in Lillee and Marsh as contributors. They were both regular match-winners who really enjoyed playing for their state and who brought great energy to the group.

RE: There was no team we feared, as we knew we could beat them all if we played sufficiently well.

WE: The team was trained to win. Players could be replaced and it would not diminish the performance. We all knew the scientific approach: work on weaknesses, understand the opposition’s strengths, have well-defined bowling and fielding plans for each batter. Then of course you had Dennis Lillee! Even if he didn’t get the wickets he set them up. WA always had swing bowlers who looked innocuous but were not easy. After facing Lillee at one end, the batter couldn’t wait for a juicy swinging half-volley from the other end. Generally they would nick one.

Related Story: The forgotten champions: What happened to India’s U19 WC winners of 2012?

The decade had seen a historic change in the balance of state cricket, with Wisden acknowledging: “The seat of power is no longer on the east coast. It is in the west.” Author Geoff Armstrong wrote that, “In nine seasons, WA became a threat rather than threatened.”

IB: Being a member of such a wonderful team in the Seventies, focused and always keen to improve, was a wonderful experience. When I began playing for WA we were a laughing stock, but by my retirement we were the envy of the competition. Many long-lasting friendships eventuated from those days of being shoulder-to-shoulder for the Black and Gold.