From Fabian Allen’s missed flight to Trinbago’s bubble breach – the CPL is back with its flair for the dramatic. For Guyana Amazon Warriors, it’s another chance to rectify a jinxed record.

Would you label a team unlucky if they’ve featured in five out of seven tournament finals without winning it? The CPL title has dramatically eluded the Guyana Amazon Warriors for a frustratingly long time now. To use a cliché, they’ve been unable to ‘cross the line’ when it matters most – last year, their unbeaten 11-match streak was snapped in the final.

“That question is going to be kept asked to us until we deliver it,” Johan Botha, the former South Africa off-spinner and now Guyana’s head coach, tells Wisden India. “Hopefully, we can get that one off our backs this CPL. I am sure with this team, if we can get it right, it’s easy to win two-three in a row. The hardest one is to win the first one, and we know that.”

Botha, an active cricketer until last year when he featured for Hobart Hurricanes in the 2018/19 Big Bash League, is an immensely experienced man to have at the helm. He’s played over 200 T20s for different teams the world over in the last 15 years, and it’s something he’ll lean on in the upcoming campaign – he pointed to the example of the 2015 season, when he was part of Trinidad’s title win.

“From experience in 2015 at Trinidad, we weren’t great in the prelims, in the group stages,” he says. “But we won three games at the right time to come from fourth place to win the tournament. That’s also possible, we know that. Last time we had an outstanding team, but on the night, we couldn’t deliver it.”

One look at Guyana’s squad is enough to get a sense of their spin riches. From the leg-spin of Imran Tahir and Qais Ahmad [who will miss the 2020 edition] to Chris Green’s finger-spin, as well as the left-arm spin of Chandrapaul Hemraj, Guyana are prepared for every possibility. Last year, with Shoaib Malik and Shadab Khan in the mix, their six spinners shared 54 wickets – 60 per cent of the team’s total tally. All of them maintained an economy of under seven too.

Related Story: Curtly Ambrose has a point: Chris Gayle’s West Indies spot should be in danger

Botha, understandably delighted with the options, stresses that it isn’t difficult juggling between them, as each of the spinners has a different role to play – “you can’t have too much spin” – but the bigger concern is whether they’ll be able to cope in these unique circumstances?

CPL 2020 will be played in just two venues, all in Trinidad, meaning home advantage is out of the equation for Guyana. There are morning matches too, making for the possibility of greener wickets that don’t offer much for the spinners. “That might change our structure by not overplaying spin all the time, we might have to offer the extra seamer if the condition allows,” says Botha. “Lots of back-to-back games, maybe that would suit us even more with all the spinners. We are happy we’ve covered it all up. 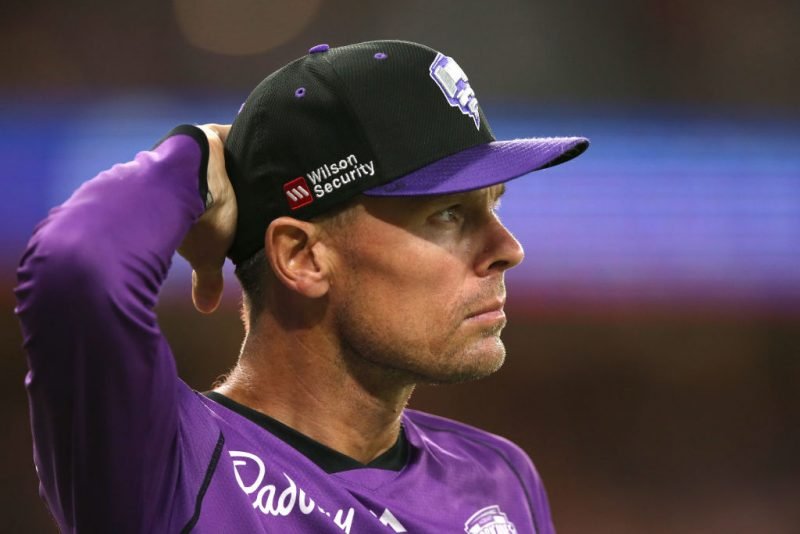 Johan Botha is vastly experienced, having played in franchise T20 leagues the world over

“We also have some good young quicks – Romario Shepherd, Keemo Paul, Odean Smith and young Naveen-ul-Haq. We are looking forward to those guys doing their stuff late in the innings, and then, if conditions allow, sometimes we might need them to take the new ball.”

With enough experience in hand, the team has its own little groups, within which spinners of each specialty devise tactics and roles. Tahir has spent many years in the T20 circuit, while Green, who is returning with a revised action, has had stints at BBL, PSL and T20 Blast, giving the team’s youngsters a solid support system to develop themselves.

“That’s certainly something you see from everyone at CPL, guys coming in down the order that some people have never heard of, and they can easily hit two-three sixes in an over to change the game"

“At this level, in a month’s tournament, there is not too much you can technically do, you cannot change someone’s actions or things like that, there’s not enough time,” Botha says. “We don’t practise as much in the Caribbean, because the facilities aren’t always there.

“[With Tahir,] Shadab and Qais, the leg spinners have got their little group. We’ve some young spinners in the emerging group, [like] Ashmead Nedd, who has played West Indies Under-19, we have some finger spinners with Green. It’s about tactics, when they’re going to bowl, clear plans.”

Having featured extensively in T20 leagues himself, Botha is aware of the unique challenges that bowlers face in the power-packed CPL. “We all know that the West Indian batters have got some serious power,” he says. “That’s certainly something you see from everyone at CPL, guys coming in down the order …7, 8, 9 that some people have never heard of, and they can easily hit two-three sixes in an over to change the game.

Botha hopes to build the team around the youngsters, saying there was an eye on the future when the franchises assembled in London last year for the player draft. “There are plenty of good, young players in our squad … that’s the nice thing with the squad we picked over a year ago,” he says. “We wanted young players that we could build the team around for the next three years, and we’ve certainly done that – we have retained 13 of the players along with three-four internationals.

Related Story: ‘How long have you got?’ – Joe Root criticises county cricket in aftermath of Ashes debacle

“We had to make a couple of changes [this year] with Pakistan’s tour of the UK, but other than that, we’re happy with our young group. That’s the key for us. The guys are hungry, they drove our performances last year. [They] could easily have got comfortable and settled with 6-7 wins in a row, but the guys kept pushing and they drove that towards the end.”

So is this finally the year they’ll break the jinx? “There’s only three CPL teams who have won it, and the others haven’t. We are one of those. We’d certainly like to be one of the teams to get your name on the winners list.”