At the end of the second week of the 2020 PSL, it’s Multan Sultans who are sitting pretty at the top of the table with eight points, having won three out of three this week.

With plenty of strong overseas performances over the last few days, we’ve been forced to ignore the playing conditions, opting for six foreign players in our XI.

With his unbeaten 85 from 58 balls against Karachi Kings on Sunday, Ronchi went to the top of the run-scoring charts in the tournament, regaining his touch after successive scores of 1 and 11. He edges out Shane Watson thanks to his keeping credentials. 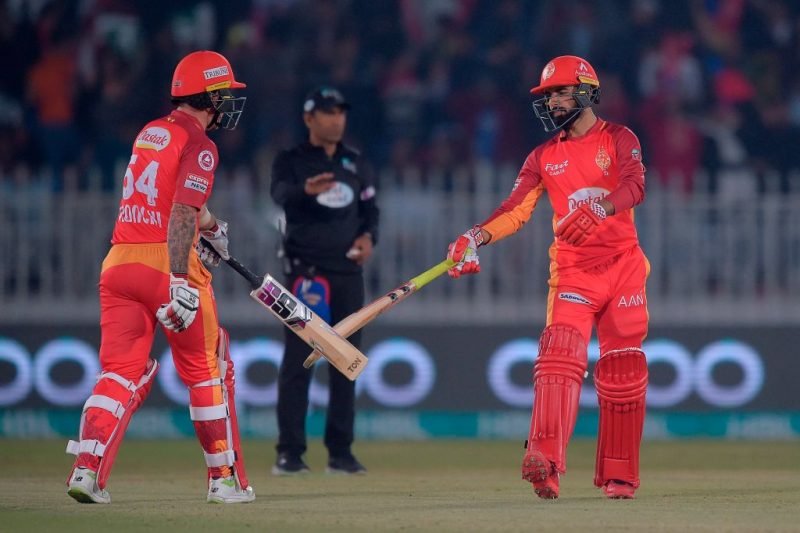 While he’s been batting at No.3 for Karachi, Hales returns to the top in this side. With Babar Azam departing in the opening over against Islamabad, the right-hander arrived in early to navigate a chase of 184 and played a match-winning hand of 52 from 30 balls.

Masood led his Multan side to three wins out of three this week and played a key role with the bat in two of those matches. Against Karachi a slow start didn’t prove troublesome as he eventually finished with 61 off 42 in a total of 186-6. Against Quetta Gladiators his 32-ball 46 was an anchoring piece of work as Rilee Rossouw proved devastating from the other end.

Just 19 years of age, Haider was a blasting presence in Peshawar Zalmi’s top order this week. Against Multan a 27-ball 47 began with a couple of sublime strokes on the carpet through the off side before he began to go aerial over the leg side. Much of the same continued with a 12-ball 34 against Peshawar, a brief stay that included four sixes and helped his side to a victorious total. 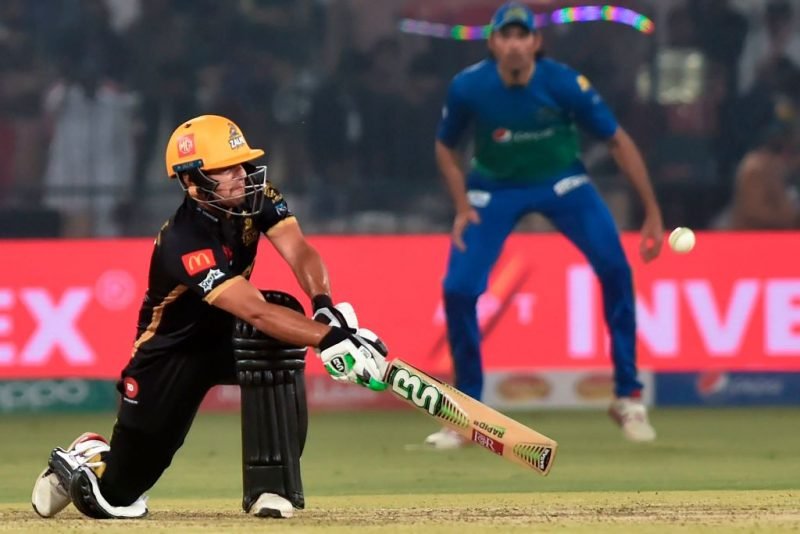 Rossouw began his week with a patient 42-ball 49 against Peshawar to seal a comfortable six-wicket victory, but it was against Quetta on Saturday that he really let loose. The left-hander hit the fastest century in the tournament’s history, finishing unbeaten on 100, with his 44-ball stay including 10 fours and six sixes.

Shadab’s form with the bat continues to impress. After hitting 39 from 25 balls against Quetta on Thursday, the all-rounder followed that up with his second half-century of the tournament against Karachi on Sunday. His athletic run-out of Babar Azam before the batsman had faced a ball followed and although he couldn’t help Islamabad to victory, his four overs conceded just 23 runs.

Cutting arrived at the crease against Islamabad on Thursday with his side requiring 55 from 29 balls. What followed was a blitzing 17-ball 42 that was rounded off with back-to-back sixes off Amad Butt to seal victory with two balls to spare.

The Somerset all-rounder enjoyed a spectacular PSL debut on Friday. His 8-ball 16 gave Peshawar a welcome push in their 12-overs-a-side contest with Lahore Qalandars, and he carried on his momentum with the ball. His first over returned the wickets of Chris Lynn and Mohammad Hafeez and he followed that up with two more over the course of his three overs, returning figures of 4-25 to give Peshawar a 16-run win.

The left-armer cut through Peshawar’s line-up on Wednesday, taking 4-13, the best figures of the tournament so far as he banged the ball in on a length and let the batsmen pick out the fielders. Tanvir then followed up that haul with 2-20 against Karachi and while he went wicketless against Quetta on Saturday, he currently stands joint-third in this season’s wicket-taking charts.

Although he was expensive in Quetta’s loss to Multan, Naseem’s display in the win over Islamabad deserves recognition. The 17-year-old’s pace saw him bowl both Ronchi and Dawid Malan in a sensational opening burst, and he conceded just 23 from his four overs too.

Ever reliable, Tahir played his role to a tee in Multan’s three wins this week. While Tanvir starred in the victory over Peshawar, Tahir was economical with figures of 1-23 from his four overs. A three-wicket haul followed in the rout over Karachi and figures of 2-27 against Quetta – including the big wicket of Watson for 80 – rounded off an excellent few days for his side.