India captain Virat Kohli, who leads Royal Challengers Bangalore in the Indian Premier League, has said he will never leave the franchise for as long as he’s playing in the IPL, despite their trophy drought so far.

“[Last week] RCB shared a picture of the first game I played for them in 2008,” Kohli said, while speaking to AB de Villiers on an Instagram live chat. “It’s 2020 now, it’s been a surreal journey. We want to achieve the ultimate goal for RCB, we’ve come close thrice [reaching the finals in 2009, 2011 and 2016]. It’s always going to be our dream together.

“There is no way in any scenario where I could think of leaving the team ever, because of the love and care the franchise has shown.”

Kohli was still a teenager, fresh from the U19 World Cup win, when he was inducted into the RCB side for the first season in 2008, making his India debut later that year. Even as his international career took flight, Kohli grew from strength to strength at the Bangalore-based franchise and has since become the tournament’s leading run-getter overall.

“You can feel emotional about the season not going well, [yet] to have that loyalty with Bangalore, with RCB is surreal. 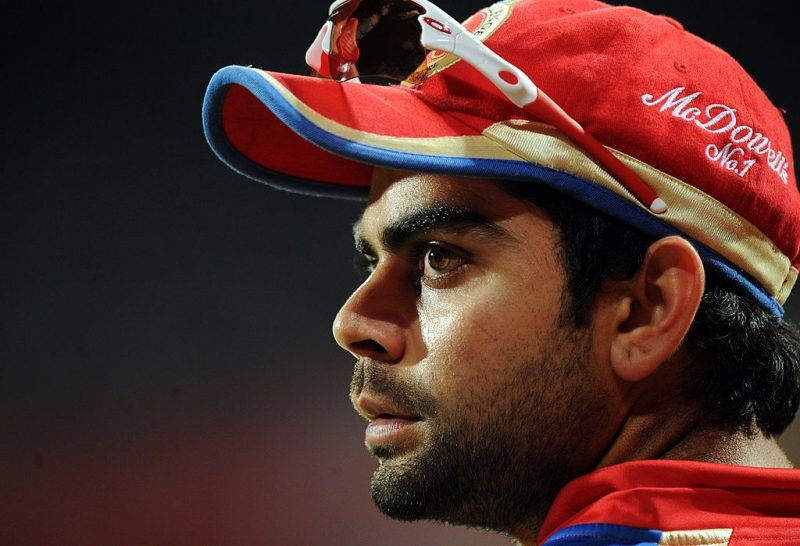 Kohli has been with RCB since IPL’s inception in 2008

“But till the time I am playing IPL, regardless of how we play, I am never leaving this team. There is no situation where I will play for anyone else,” Kohli added.

De Villiers, his RCB teammate, shared the sentiment, but also humorously added that he needs to put in the performances to retain his place alongside Kohli.

“I never want to leave RCB, but to do that I’ve got to keep scoring runs if I have to stay there. That’s really pushed me over the years, so have the fans,” de Villiers said.