Jason Holder will return to the Caribbean Premier League to captain the Barbados Tridents in this summer’s edition of the West Indies T20 tournament, replacing Kieron Pollard.

Holder, who has led the West Indies in Tests and ODIs since 2015, will make his CPL return following his absence from last year’s competition due to the clash with the West Indies tour of England.

“I am delighted to be back at the Hero CPL for this season and I am really looking forward to making Barbados proud in 2018,” he said in a statement, adding, “We have a healthy contingent of local players in the squad this year and we are ready to make this a winning year for our home team.” 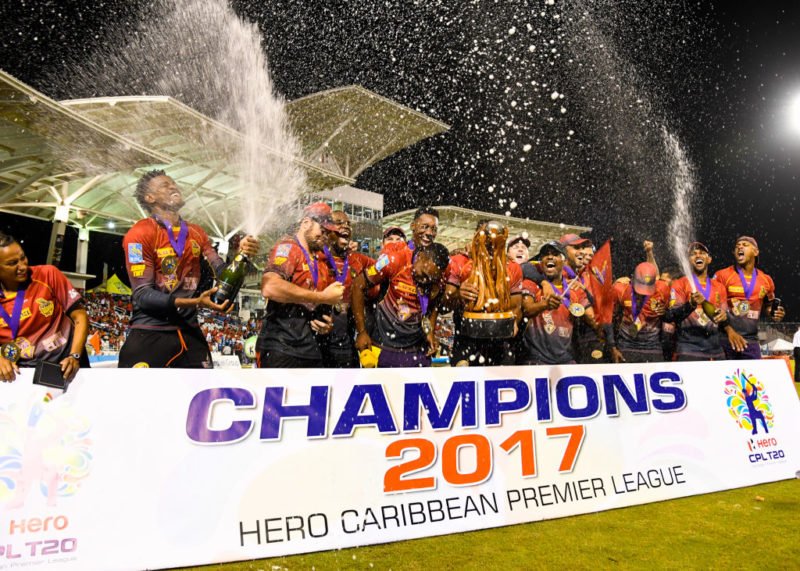 The Trinbago Knight Riders won the 2017 edition of the CPL

A Barbados native, Holder has played 29 Tests and 77 ODIs for his country since bursting onto the scene as a 21-year-old in 2013, and was handed the international captaincy at the tender age of 23, but has played just eight T20 internationals with the West Indies in that time.

Pollard, an experienced T20 player who has played in numerous tournaments across the globe, took charge of the side for the fifth edition of the CPL in 2017, where they struggled, finishing fifth out of the six teams.

Alongside names like Dwayne Bravo, Pollard has not been included in the squad for the upcoming West Indies T20 against a World XI at Lords to raise funds for grounds in the Caribbean which suffered damage in hurricanes last year.

Bravo has said it was a disappointment that he, Pollard, Darren Bravo and Sunil Narine were not contacted as they had wanted to be a part of the occasion, with previously snubbed players such as Chris Gayle and Andre Russell recalled for the event.