It was a familiar ending as Chennai began their title defence with a resounding seven-wicket win, after Bangalore’s batting collectively choked to collapse to 70 all out. Virat Kohli’s men have now not beaten their rivals in five years, having last picked up a win against Chennai in 2014.

It was a night to rejoice for the Yellow Army as some old, familiar, popular faces delivered, and CSK showed the world again why they have bossed this league for so long. At the end of it, who was trending? And what grabbed the headlines? Let’s dive in to take a look.

Harbhajan Singh. Among the IPL’s most successful old-timers, the off-spinner rolled back the years as he spun a web around the Bangalore batsmen with his big-turning off-breaks.

Harbhajan hadn’t got a wicket in his last three T20s, but chose the biggest batsman in the opposition to break the drought. On a slow, turning Chepauk surface, bowling short meant giving the off-break more time to do its thing. Kohli had instinctively shifted weight onto the backfoot to pull when Harbhajan landed one there, but with the ball not quite coming on, his connection couldn’t take it past Ravindra Jadeja at deep midwicket. 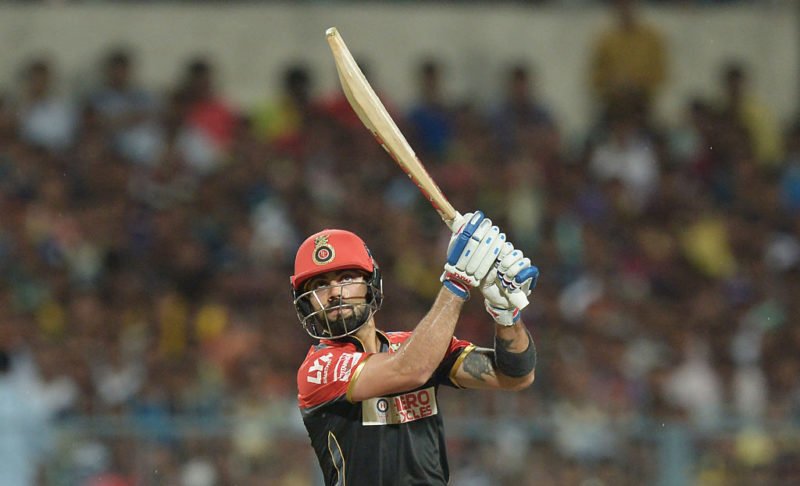 Moeen Ali, though, managed to clear the boundary when he slogged Harbhajan from one-knee down. But the bowler wasn’t going to take that lying down. Two balls later, Ali chipped a catch to him for the tamest of dismissals. Pitching on off, stopping on the pitch and turning away, Ali was caught playing awkwardly early, allowing Harbhajan to easily settle under the ball.

Having dismissed one half of the opposition’s biggest threat, Harbhajan finished his night off by scalping the other. As was the case with his predecessors, AB de Villiers was done in by the lack of pace and top-edged a sweep to midwicket. Another catch to Jadeja. Three wickets to Harbhajan. And Bangalore four down for 39, ripe for the picking.

The Chepauk pitch. The MA Chidambaram Stadium has seen some unforgettable run gluts over the years. But on the night of the IPL opener, it was a batsman’s nightmare. With turn, bounce, lack of pace and balls getting stuck in it, this pitch was everything a batsman doesn’t want in a T20 game.

After the match, Bangalore captain Virat Kohli put the defeat down to misreading the pitch. “No one thought the wicket’s going to play the way it did,” Kohli said. “Looked much better than it played. We thought somewhere [between] 140-150 would be an ideal score because of the dew factor later on.”

Eight wickets between @ChennaiIPL's spinners helped the defending champions bowl @RCBTweets out for just 70 in the first match of this year's IPL. https://t.co/E6U4pVMptv

To drive home the point, the dissatisfaction with the surface didn’t just emanate from the losing camp. MS Dhoni, the winning captain, also admitted that the pitch was too slow for his liking.

“I never expected the wicket to play how it actually played,” Dhoni said at the post-match presentation. “It was too slow. Definitely, it needs to be a lot better than where it is right now. Even with the dew, it was still turning a bit. It needs to be (more) high-scoring.”

So can we see a return to the six-hitting slug fests the next time a match is played at Chepauk? Watch out.

Just in case you're a bit confused by the last week's news, BT Sport will be showing every ball of the #IPL live on UK television. https://t.co/NXVfRRK50y

“See, it was a difficult pitch to bat on, but it wasn’t like it was unplayable. We’re so used to watching matches on good wickets where no one complains when people score 170-180.”

– Harbhajan Singh will have none of your pitch-grousing and would appreciate it if you could talk more about his performance.

“Winning the IPL is on top of my bucket list at the moment. People judge you when you turn in performances like this and it’s a blemish on my legacy, which I deeply care about.”