Christian, who, along with Maxwell, was part of RCB’s four-wicket defeat in the Eliminator against Kolkata Knight Riders, revealed on Instagram that Jorgia, who is pregnant, was subjected to abuse on the social media platform. He also shared screenshots of users creating fake accounts and DMing his partner with expletive-laden messages.

Tagging one of her recent posts on his story, Christian wrote: “Check out the comments section of my partner’s Instagram post. I didn’t have a great game tonight, but that’s sport. However, please leave her out of it.”

He added another screenshot early on Tuesday, with a user threatening with violence and rape threats. “They’re getting worse, please stop,” he wrote. 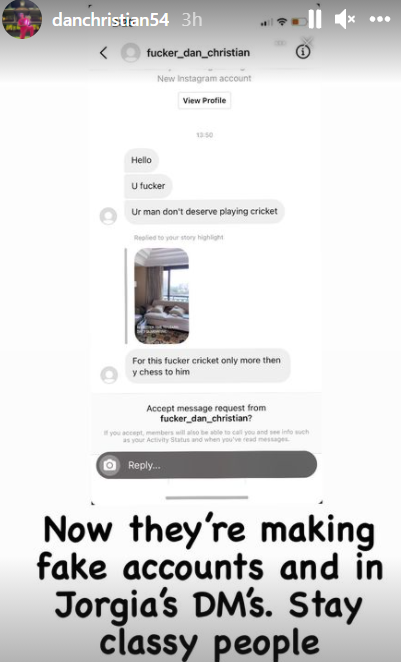 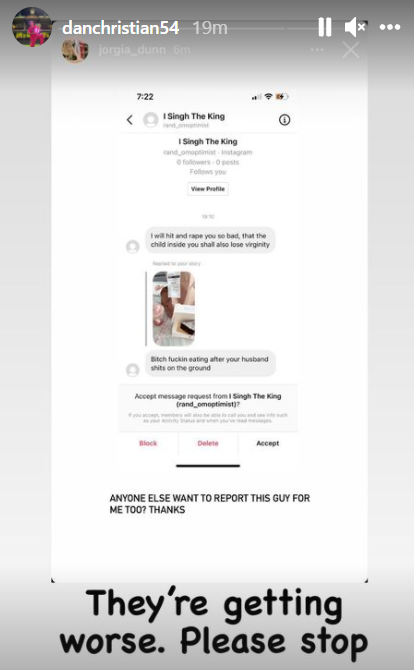 On Monday, Maxwell put out a strong statement after the game, lashing out at those who were directing abuse at the team.

“Great season by RCB, unfortunately, we fell short of where we thought we should be,” Maxwell wrote. “Doesn’t take away from an amazing season!! Some of the garbage that has been following on social media is absolutely disgusting!”

“We are human beings who are giving our best each and every day. Try being a decent person maybe instead of spreading abuse.

While thanking “real” fans on social media who expressed their appreciation towards the team, Maxwell lambasted the “horrible people” who had gone to disgusting lengths after the match.

“Thank you to the REAL fans that shared love and appreciation for the players giving their all!,” Maxwell added. “Unfortunately there is some horrible people out there that make social media a horrible place to be. It is unacceptable!!! Please don’t be like them.

“If you comment abuse on one of my team mates/friends social media with negative abusive rubbish, you will be blocked by everyone. What is the point of being a terrible person? There is no excuse!!!”

Maxwell is part of Australia’s 15-member squad for the T20 World Cup, while Christian is a travelling reserve. Check the complete Australia squad for the World Cup here.