Shivam Mavi, the Kolkata Knight Riders quick, was rested for their IPL 2020 encounter against Kings XI Punjab in Abu Dhabi on Saturday, October 10, after featuring in all of their first five matches of the tournament.

The 21-year-old, who missed the last edition of the IPL due to a back injury, has picked five wickets in as many matches in the ongoing IPL, equalling his tally of the 2018 season, where he bagged five in nine. But the KKR management thought it would be best to give him a break for the KXIP match.

But as the KKR XI was revealed, a screenshot of an Instagram post liked by Mavi which suggested that Karthik should be replaced as the captain by Eoin Morgan started doing the rounds. 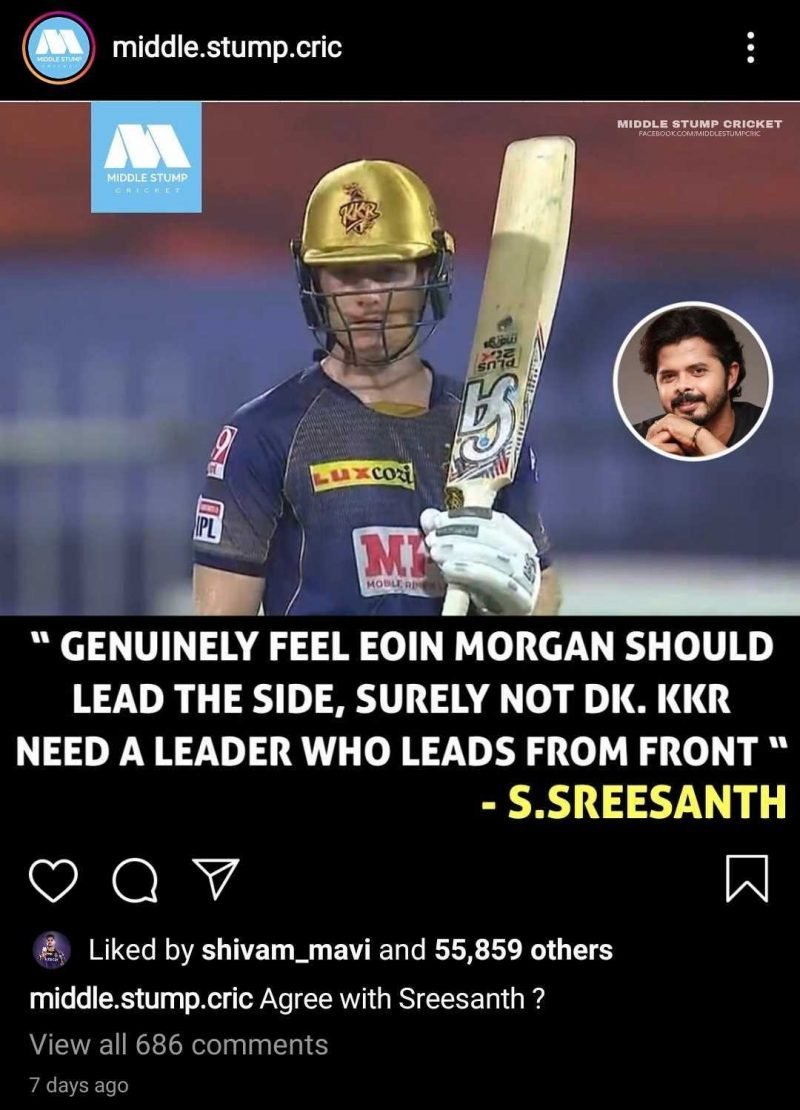 The post featured comments from S Sreesanth, the former India quick, who had called for the appointment of “World Cup-winning captain” Morgan as the KKR captain.

He had tweeted: “Genuinely feel @Eoin16 [Eoin Morgan] should lead the side, (surly not*dk kolaimandaaaiii (suggestive word for fool), World Cup winning captain should surly lead ipl side.I hope #kkr looks at this issue.nd win ✌🏻they need a leader who will lead from front like Rohit, Dhoni or Virat..what a player #ipl #kkr #cricket.”