For a format as fickle as T20, enjoying lasting success as captain is an art perfected only by a few leaders. Here’s a look at all the mid-season IPL captaincy switches so far.

IPL has seen its fair share of chopping and changing among its captains, the most recent being Kolkata Knight Riders’ mid-season transfer of power from Dinesh Karthik to Eoin Morgan.

While it remains to be seen how successful the World Cup-winning captain can be, it’s a good time to revisit past seasons where a change of captaincy did, or did not, result in a change of fortunes.

Tendulkar, one of the ‘icon’ players of the first season, was unsurprisingly named skipper of the Mumbai Indians, but a groin injury sidelined him for the first half of the competition, and the mantle fell on off-spinner Harbhajan Singh to steer the ship.

In not-so-true captaincy spirit, Harbhajan was suspended midway through the tournament after allegedly slapping Sreesanth, which forced another captaincy shift. The venerable Shaun Pollock dutifully handled the responsibilities in his absence, leading them to three wins in four games. When Tendulkar returned, the captain’s band switched arms again, but MI failed to qualify for the playoffs, losing their next three games.

VVS Laxman’s name doesn’t invoke much fear as a T20 batsman, but he was one of the first batch of IPL skippers, leading Hyderabad’s beige and black brigade in 2008. Despite a star-studded line-up, the campaign didn’t go as planned and the Chargers’ issues were compounded further when a wrist injury popped up, sidelining Laxman mid-season.

Gilchrist took over for the remaining eight games but couldn’t provide a turnaround with the side finishing last. However, next season, the tables turned and how – the Chargers went from wooden spoon to IPL champions.

Pietersen was ‘the big thing’ of IPL 2009, which was played in his native South Africa. Acquired at a whopping $1.55m, he straight away earned a captaincy role at Royal Challengers Bangalore. The dream run was short-lived, as six games later, Pietersen, battling poor form, was replaced by veteran Anil Kumble. It worked out well eventually – Kumble took the team to the final that year. 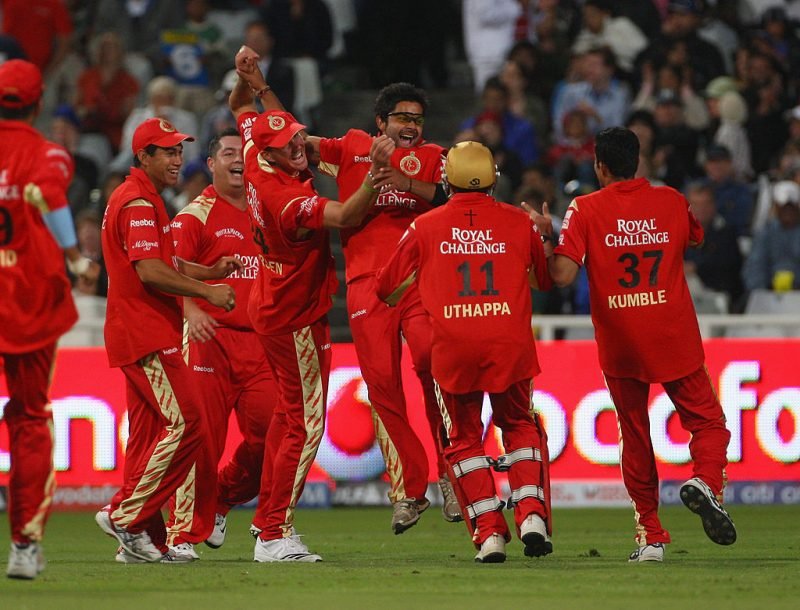 Under Anil Kumble, RCB reached the final of IPL 2009

After discussions with coach Darren Lehmann, skipper Kumar Sangakkara decided to leave himself out of the Deccan Chargers playing XI, with his side having managed just two wins from their first seven games in the 2012 IPL. White, who, at 20, had become Victoria’s youngest-ever captain ten years previously, took over the reins.

The result wasn’t great – they managed just two more win in theit next nine games, and ended second-last on the points table.

This was a change waiting to happen. RCB, in dire need of infusing fresh blood, decided to complete Kohli’s coming-of-age. Poor form and an injury ensured that Daniel Vettori wasn’t a regular starter in 2012, and Kohli filled in as captain, having also led the side for a handful of games in 2011.

By 2013, it was clear that Kohli was the obvious favourite for the role, and when Vettori was ruled out, he took total command of the franchise and has been at the helm since. The lack of trophies makes you wonder if it was indeed a successful transition, but the franchise hasn’t complained since. And who knows, maybe this will be their year.

Six games, 52 runs – Much like Sangakkara, a 40-year-old Ponting decided to drop himself after a scratchy run of form, allowing Mumbai Indians to accommodate another foreigner, and make Rohit Sharma their captain.

It sparked a remarkable turnaround as MI won eight of their next ten games, going on to clinch their inaugural title. Six years later, Rohit became the most successful captain in IPL history, winning his fourth trophy.

With Sourav Ganguly retired, Michael Clarke had been identified as the next leader of the now-disbanded franchise, but an injury ruled him out before the competition had started. Angelo Mathews filled in, but just three games later, he was set aside due to poor form, and Aaron Finch found himself leading the side.

The side still finished eighth out of nine teams, managing four wins in 16 games. It was their final season in the IPL. 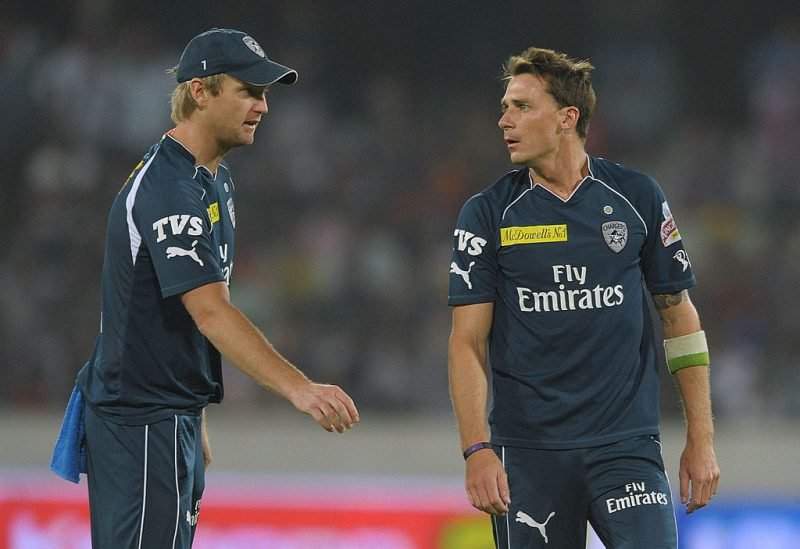 White took over Deccan Chargers captaincy in the middle of IPL 2012, but the side ended up eighth

Dhawan had led the rechristened Sunrisers Hyderabad franchise to a decent run in the previous season, but an indifferent start to 2014 saw them turn to Sammy, not long after he had led West Indies to a T20 World Cup win. With the franchise banking heavily on Dhawan the batsman, Sammy took over the reins to lighten the load with the team in sixth place after ten games.

The move made little difference. Sunrisers remained sixth by the time the tournament ended, winning six out of their 14 games. Sammy moved to RCB next year.

A hip injury kept Shane Watson out for the first half of the tournament, and Steve Smith replaced him as skipper temporarily. When Watson returned and found himself needing to focus more on his personal skills, he decided to permanently hand over the job to Smith, who led RR to the playoffs.

Ahead of IPL 2016, Kings XI Punjab, looking for a redemption of sorts after their last-place finish in 2015, decided to name David Miller their captain. A prominent white-ball figure, Miller was supposed to turn things around, but the side hurtled to five losses in their first six games.

They scrambled for a mid-season change, making Murali Vijay their new skipper, but by then, the momentum was already lost – they managed three more wins in eight games, and remained at the bottom of the pile for the second year in a row.

It was supposed to be a grand homecoming for Gautam Gambhir, who returned to the Delhi franchise after seven years, having won two titles with the Kolkata Knight Riders in the interim.

However, Delhi managed just one win in their first six games under his stewardship. A surprise press conference followed where Gambhir relinquished the captaincy, and on his recommendation, 23-year-old Shreyas Iyer was promoted to the role. The youngster endured a tough season as Delhi finished last, winning just five of their 14 games. Next year, they made it to the playoffs, making it a sweet ending.

The captaincy has shifted hands quite often in the Royals camp. In 2018, Ajinkya Rahane led the side after Smith had stepped down following the infamous ball-tampering controversy. A run to the playoffs guaranteed Rahane retained his role the following year, but eight games and six losses in, the side decided to bring in a ‘fresh approach’, reinstating Smith as skipper.

It had little impact on RR’s campaign as they finished second-last, managing just five wins in 14 fixtures, and rumours swirl another captaincy change could yet be on the cards this season.