When casting your eye over the IPL 2020 squad lists, you might notice the absence of Mitchell Starc.

The Australian quick is one of the most highly rated T20 quicks in the world and boasts a formidable IPL record – he averages 20.16 in the competition, has an economy rate of just a fraction over seven runs per over and in 2015 had one of the all-time great individual IPL campaigns – yet will miss IPL 2020.

It’s the second consecutive year that Starc has decided against featuring in the tournament. In 2019, Starc instead chose to focus on the 2019 World Cup, which began less than a month after the IPL final. Later that year, Starc opted out of IPL 2020, reportedly once again opting to focus on an upcoming global tournament. In this case it was the T20 World Cup that was originally scheduled for October-November 2020 in Australia. 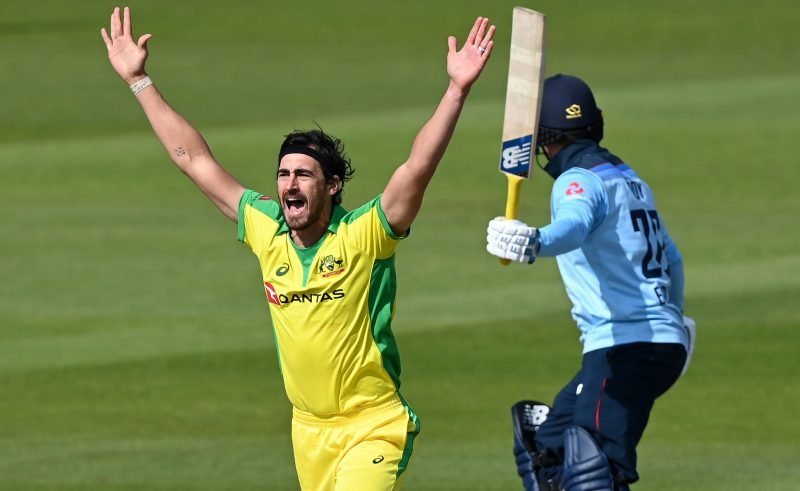 Mitchell Starc, currently in action against England, will miss IPL 2020

Since Starc opted out of IPL 2020, his calendar has become less packed than it once was. The T20 World Cup has been pushed back a year – it is now set to be held in India in 2021 – while IPL 2020 has been pushed back five months. However, there is no regret from the left-armer over his original decision.

“I know hindsight is a wonderful thing and now the IPL is on at a different time but no, I wouldn’t change it,” Starc told cricket.com.au. “I’m happy to spend that time when the blokes are at the IPL in September, I’ll be getting ready for a summer. The IPL will be around next year and if I feel the urge or people want me around I’ll definitely consider it, but as of this year I’m very comfortable with the decisions I’ve made.”

Starc last appeared in the IPL all the way back in 2015. He signed a $1.9 million deal to play for Kolkata Knight Riders in the 2018 edition but was ruled out of the competition through injury. Starc became embroiled in a lengthy legal battle over an isurance pay-out for missed income at the 2018 IPL, and hasn’t featured in the competition since.