While Bangalore rode on the Virat Kohli-AB de Villiers show to down Kings XI Punjab for their first win of the season, Rajasthan Royals earned only their second victory, against a high-flying Mumbai Indians, courtesy of a Jos Buttler special.

For a change, Bangalore’s batting and bowling unit clicked in cohesion despite the odd glitch. The collective effort was necessary after Chris Gayle had essayed a fine 63-ball 99*. Rajasthan too were faced with a stiff target of 188 after a Quinton de Kock special, but Buttler upstaged his wicketkeeping counterpart.

What an innings this by @josbuttler. He departs after scoring a well made 89 ?? pic.twitter.com/mydP0pboe0

Jos Buttler. The wicket-keeper batsman made a flawless 43-ball 89 to help Rajasthan chase down Mumbai Indians’ score of 187/5 with four wickets to spare.

In a team that doesn’t feature too many players of big-hitting reputation, it is absolutely crucial that Buttler finds form, and he’s responded well to the task.

He hasn’t been quite as prolific as a David Warner or explosive as an Andre Russell, but his effort in Mumbai took his tally of runs to 288 – including three half-centuries – from seven innings at 41.14, while striking at 153.19. 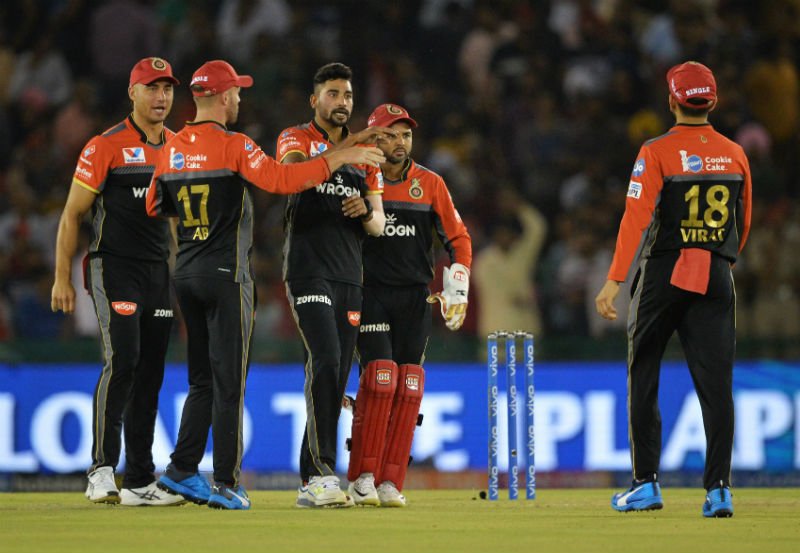 Mohammed Siraj has been expensive this season. – AFP

Mohammed Siraj. The paceman hasn’t had a great season – in seven innings, he has picked up six wickets at the cost of 210 runs. He has leaked runs at 9.47 an over.

Time and again, he has been unable to adjust his areas to try and curb onslaughts. Punjab’s Chris Gayle smashed him for 24 runs in a single over to get his side off to a roaring start. Siraj failed to execute his plans and repeatedly sprayed balls wide of off, much to the frustration of Kohli. In all, Siraj leaked 54 runs from his four overs.

It was a collective effort from the other Bangalore bowlers that helped them tie the hosts down to 173/4, which Kohli and Villiers then made light work of. Bangalore will relish their first win of the season, but have something to think about in the bowling department.

The celebrated batting duo, the men who share 2 double century stands for @RCBTweets – chat after a welcome win at Mohali! By @tanmoym. #KXIPvRCB

“It feels really good to cross the line finally”

– Kohli is a relieved man

“My apprentices have learnt well”

Another double-header day. Kolkata Knight Riders get ready to host Chennai Super Kings and will look to settle scores after having lost to them in the away game earlier. Sunrisers Hyderabad look to get back to winning ways as they take on Delhi Capitals at home.