Aaron Finch vented out his frustration on a chair after his dismissal in the BBL 8 final on Sunday, February 17. Unfortunately for Finch, the act was caught on broadcast, and he has been reprimanded for a Level 1 breach of the CA Code of Conduct.

To be fair, his run out was unfortunate – a straight-drive from Cameron White bounced off the foot of Jackson Bird, the bowler, and crashed into the stumps, even as Finch desperately looked to get back to safety.

“He reminds me of a left-arm Mr Bean, Harry Gurney. He’s the sort of player, if he rocked up to play fourth grade for Bankstown and you watched him bowl you’d say, ‘Yeah OK, we’ll give him another game’.” – @juniorwaugh349.https://t.co/VeMdOq6XEb

He was careful not to remonstrate on the field as he walked back, but in the tunnel en route the dressing room, he swung his bat wildly at a plastic chair, twice, and was caught on TV.

Related Story: Litton Das run out after fielder drops catch while celebrating, but should ‘misapprehension’ Law have saved him?

“Just about sums up my summer,” Finch said of his dismissal. “But that happens. It’s a tough one, you’re looking to score, looking to get down the wicket, pinch a one here or there, but it happens.”

He was reprimanded, but not fined. It brought to a close what has been a difficult summer for the dashing opener, in which he was dropped from the Test side after form deserted him. 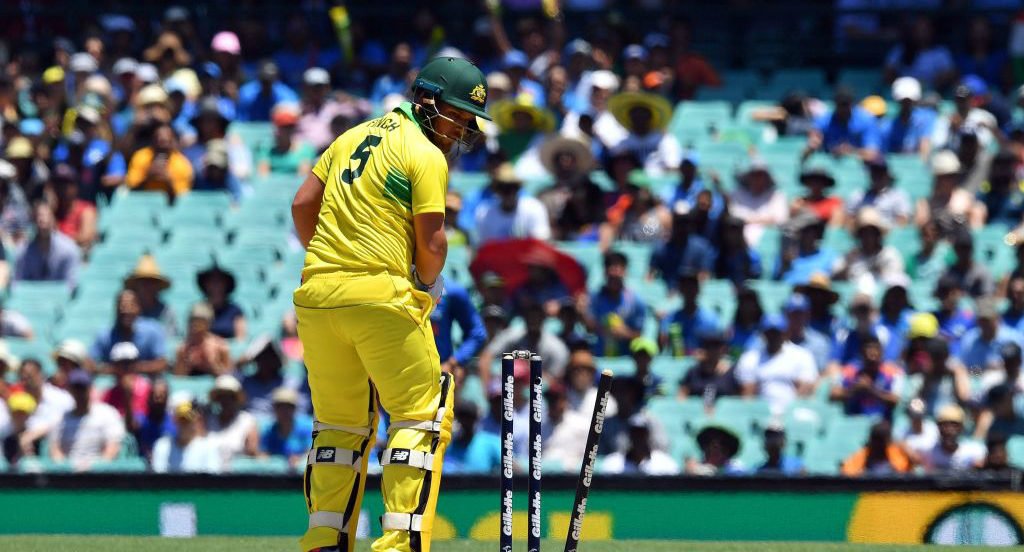 Despite all that, the day ended happily for Finch. He captained the side to their maiden BBL title in dramatic fashion – they staged comebacks with both bat and ball to squeeze a 13-run win.

Finch – along with all of Glenn Maxwell, Adam Zampa, Kane Richardson and Marcus Stoinis – were all on a flight to India the very next day to take part in Australia’s limited-overs series, that begins with the first T20I in Visakhapatnam on Sunday, February 24.