Wisden Cricket Monthly editor-in-chief Phil Walker witnessed history on the weekend as his club teammate Shaker Ullah Wasiq took all 10 wickets in an innings. Here’s the tale of the young man from Afghanistan and his incredible spell.

Shaker Ullah Wasiq has only been with our club a few weeks, so we’ve gone with ‘Shak’ for now, and it does the job, being easily shoutable across a barren London rec on a Saturday evening. Last week, in his third game for the club, Shak took the new ball for our seconds. He chose the right end to bowl from, downhill with a tailwind on his back. History tends to happen gradually in cricket, incrementally, building up over weeks, months, years. This took an hour. One hour, and 45 deliveries.

We knew he was good. I’d already heard the story of how these two lads in their late teens, Shak and his brother, Waleullah, had found the club online and rocked up a few weeks ago hoping to rent a net for a few quid; how it was training night so they’d been asked to join in, and how Shak’s fifth ball cleaned up our first-team skipper. By the end of the evening the brothers had bowled for four hours straight. By the following Saturday, they had played their first games.

Shak was unsure how many months he and Waleullah had been in England. Was it eight, perhaps? Maybe nine? Not long, anyway, since the boys and their mother had made the journey from Kunar, a province north-west of Kabul, Afghanistan, to join up with their father, a working man who had found graft in east London. Since arriving here, the boys have landed gigs couriering for Uber Eats. 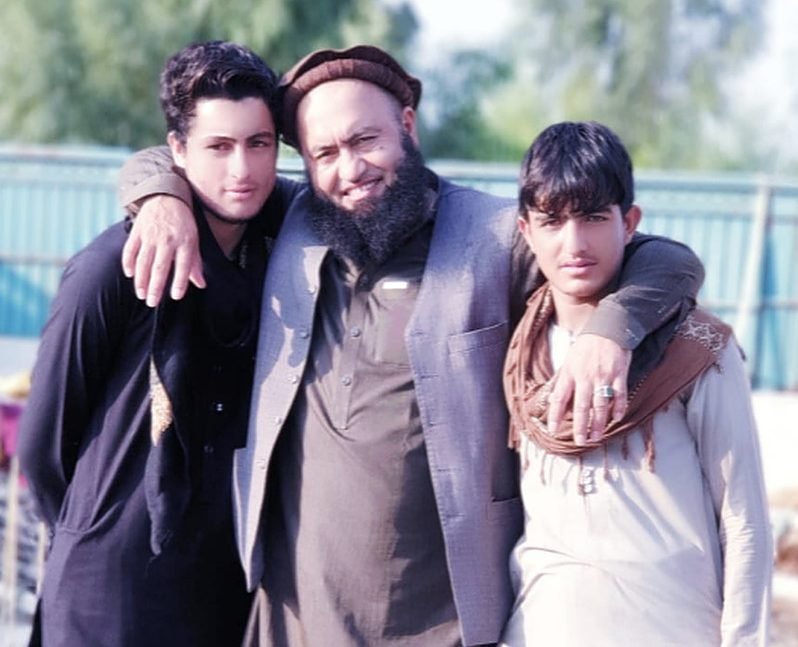 Shaker with his brother and father in Afghanistan

The family needed to get out of Kunar. “There is no peace, no justice, just poverty,” he told me. “Innocent people are killed, but the important thing is justice is not there. My family… it’s very hard in Afghanistan.” Cricket, he says, was everything. Cricket in the streets. Tape-ball cricket. Inter-province games. Village scraps. And now this.

There is a deeper story to be told there. One day, if we can somehow keep hold of him, we’ll sit down under the trees at straight mid-wicket that overlook the grand old sprawl at Gallows Corner, and he can tell us more. But this is not about struggle. This is about glory.

The first seven were all clean bowled. No mucking about. Out they would stride, and back they would go. Their opener did at least get to double figures, only to play back, much like the others, and find that his bat, hands and feet wouldn’t organise themselves in time. The pitch was lively, and only mildly resistant to cutting up. But it was that length, that skidding, spitting length, that would take them down. He’s not a tall man, but he’s lithe and whippy. Everything in that action comes through straight. The feet point down the track; the chest opens out to the target. And the arm: the arm is fast.

Seven down, 18 on the board, a plain-clothes copper watching from his patrol car at wide third man, and something tangibly in the air. The eighth to fall is the first snaffle of the day, a filthy inducking bouncer fended off the grille and lobbing to the keeper. The ninth, rather audaciously on the part of the batsman, is caught at mid-off. It’s 31-9.

Ladies and gents, meet Shaker Ullah Wasiq, our Afghan gun, took all 10 in our game today. Remember the name

By this point Shak has bowled six of his allocated eight overs. Twelve balls to go. At the other end, our young new-ball seamer has been whipped out of the attack, replaced by a canny operator who knows his role: hide it outside off-stump, hold an end up, don’t ruin it.

Shak’s seventh over, it must be said, is a stinker. Too short, too wide, a bit down on pace. At the end of it, I go up to him at long leg. No pressure, squire, but you’ve got six balls to make history… From there we stumble into one of those vaguely ad hoc mid-pitch team meetings in which it’s agreed (in which I demand) that in the event of a chance coming anyone’s way from the next six deliveries, we’re to respectfully shell it. Adam knows the score. He bowls a serenely bland maiden that passes without incident.

Their last man is on strike. A fierce wind drives across the Dagenham plains. The first ball is blocked; the second edged wide of third slip. Crouching at second slip next to the others, I become aware that we’re all suffering our own personal psycho-dramas: caught between a desire to be a part of history and a mortal fear of being the pillock who drops it.

We needn’t have worried. The third is fast, full and arcing towards the bootstraps. Everyone goes up. The finger follows. Social distancing measures are momentarily abandoned. Shak is the calmest among us. He walks off holding the ball. The oppo applaud him to a man. For the photo by the scoreboard, he puts on a crisp new shirt. Our skipper puts it in perspective. Savour what you’ve seen today, he says, because most of us will never see it again.

Later, back at the club, he says this to me: “I feel very happy here. The English people are very kind.” I want to say that they can be when they want to be, but I let it go. Later yet, I ask him if he hopes to play for a long time at Gidea Park & Romford Cricket Club. “I don’t know,” he says. “In the future I would like to play for England cricket team.”