Wasim Akram and Waqar Younis were the best of friends before a mysterious feud wrecked their relationship and soured the Pakistan dressing room. John Crace, the Guardian journalist who knew the pair during happier times, wonders where it all went wrong.

Some sportsmen seem to take an almost instinctive dislike to one another. Their egos and lifestyles clash and a falling out is an accident waiting to happen. Take Kevin Pietersen and many of the England cricketers with whom he has played. The differences could be glossed over in the good times, but sooner or later the proverbial inevitably hits the fan and the newspapers have a field day. It’s like watching a series of cartoon characters falling out in public. There’s something almost too over the top about the ensuing slanging match to be believable. It’s theatre rather than war.

The most intense and disturbing sporting rivalries, however, are those that begin in mutual friendship and respect. Love, even. Then the falling out takes on a much darker hue. Take the rivalry between Wasim Akram and Waqar Younis that blighted Pakistan cricket throughout the late 1990s and early 2000s and arguably prevented their fractured national team from fulfilling its full potential.

Just by chance, I knew both players towards the beginning of their time as the most lethal strike force in Pakistan cricket, when I approached them with the idea of writing a book about them both – Wasim and Waqar: Imran’s Inheritors – that was published in the summer of 1992. It would be an exaggeration to say they were like long-lost blood brothers but they had a connection that ran a great deal deeper than just the coincidence of being two of the world’s finest fastest bowlers leading the same international attack.

Most noticeably they had humility. There was no fight – nor even discussion – about whose name would feature first in the book title or who would get paid the most. It was a fun and exciting project in which they were collaborating together. Many of the early interviews were conducted in hotel rooms in Sharjah, during a three-way ODI tournament between Pakistan, India and the West Indies, and my lasting memories of them were the fun and good-natured way in which they were conducted. I barely had to ask a question: Wasim and Waqar would just natter away for hours on end, talking about their individual and shared experiences and often gently taking the piss out of each other.

I didn’t detect a moment’s hostility. When Waqar injured his back and had to miss out on the 1992 World Cup in Australia and New Zealand, Wasim didn’t act at all like someone happy to see a rival miss out on what turned out to be Pakistan’s greatest sporting hour. Wasim was both personally upset that Waqar could not play and distraught that Pakistan’s chances might have been diminished. 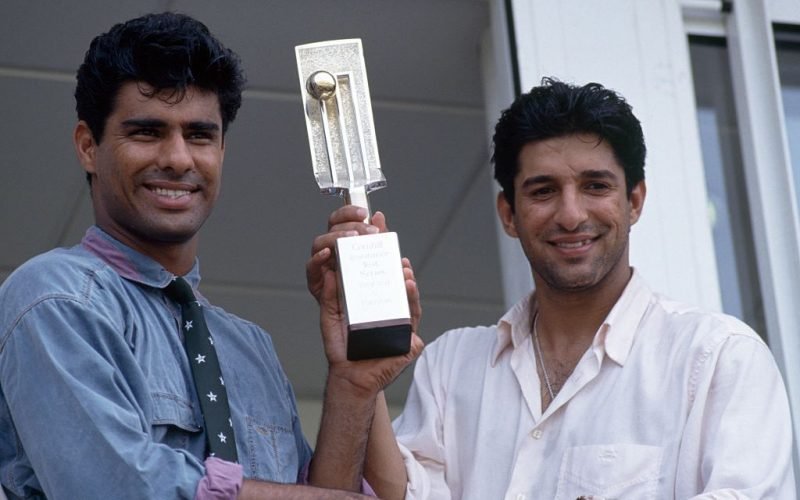 When Waqar returned to join the squad for the 1992 Test series against England – the one the grumpy, disobliging and occasionally racist British press called the ‘ball-tampering’ series – Wasim couldn’t have been happier. One innings Wasim took five wickets, in the next Waqar. It was almost as if they were taking it in turn. They were even at the crease together for Pakistan’s nail-biting win at Lord’s.

What happened next is anyone’s guess. According to former Test opener Mudassar Nazar, the fall-out between Wasim and Waqar began in the mid-1990s. It was certainly in full-flow by 1999 according to Shoaib Akhtar, the Pakistani paceman who made his Test debut in 1997. In his autobiography Controversially Yours, Shoaib said the feud between Wasim and Waqar took place prior to the 1999 Asian Test Championship match in Kolkata that led to his selection for the Eden Test.

“The two seniors were at war and we were a young and fresh team. Everyone was stressed out”

“We lost the Delhi Test and Wasim got into an argument with Waqar. It got so bad that a rumour started doing the rounds that Waqar was to be sent back home,” he wrote. “But the entire squad left for Kolkata for the first Test of the Championship. Inside the dressing room, things got uglier. I do not remember it ever being as tense as it was then. The two seniors were at war and we were a young and fresh team. Everyone was stressed out.”

The crisis still hadn’t been sorted out by the 2003 World Cup in South Africa. Half the team threatened to rebel when Waqar was made captain and Wasim and Waqar would reputedly only converse through an intermediary, Inzamam-ul-Haq, the only player who was still on speaking terms with the two fast bowlers. More confusingly, Wasim has been the only one of the pair to go on record about his dislike for the other. “We hated each other so much that we were not even on talking terms both on and off the field,” he said in 2007.

Waqar has never talked openly about his feelings for Wasim.

Wasim also claimed that the rivalry actually benefitted Pakistan, as it spurred both speedsters on to try and outdo each other. This is just wishful thinking: not only were Wasim and Waqar taking hatfuls of wickets for Pakistan while they were still friends, it completely overlooks the demoralising effect their feud had on the rest of the team. Young players who would much rather have been given encouragement by the pair were forced into taking sides.

So what did go wrong? A number of possibilities come to mind. The first is one of respect. In their early days as a fast bowling combination, Waqar readily deferred to Wasim as the senior partner. As time went on, it became more a meeting of equals. Did Wasim find that hard to handle and – subconsciously even – look for ways to undermine Waqar? You couldn’t rule it out, though whether that would be enough to shatter a good working relationship must be open to question. Then there were the match-fixing allegations that often floated around the Pakistan team during the times when both cricketers were either captain or a senior player. That feels more likely. The sense of not knowing where the next allegation may come from would be demanding on any relationship. 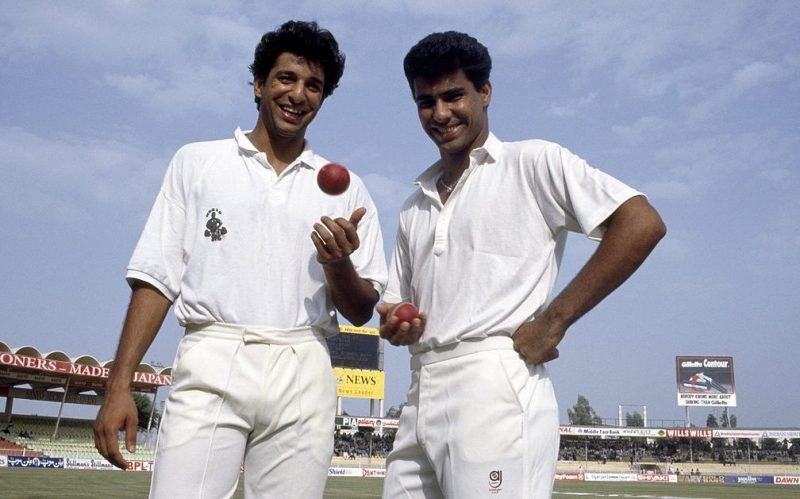 The most likely reason for the rivalry, though, is the divisive nature of Pakistan cricket itself. No organisation has done more over the years to undermine Pakistani cricket than the Pakistan Cricket Board [PCB] itself. The PCB is an organisation whose members are usually far more interested in promoting their own power bases and creating factionalism than in the success of the national game. It’s only too easy to imagine various members of the PCB believing it in their best interest to drip feed poison into Wasim and Waqar’s ears. Divide and rule. That would also explain why there was no one explosive incident to kick-start the rivalry. The poison was slow-burning but brutally effective.

These days Wasim and Waqar claim to have buried the hatchet and to be on good terms again. I hope so. They are both good men and it could be that they have decided to let bygones be bygones so they can relive the many great times they had together. It could also just be that now they are no longer the focus of so much PCB attention, the poison has had time to wear off.