As Australia and India gear up for the third Test commencing on December 26, Peter Miller picks his favourite Boxing Day epics that have taken place at Melbourne Cricket Ground.

While the first cricket at the MCG on Boxing Day Test took place in 1950, that was actually the third day of the match. The game started on December 22 and the players had Christmas Eve and Christmas Day off.

The first true Boxing Day Test, with the game starting at the MCG on December 26, was in 1968 when a captain’s knock of 205 set up an innings-victory for Australia against the West Indies.

It only became an annual affair in 1980 and we have had one every year since, apart from 1989 when, rather inexplicably, there was an ODI against Sri Lanka instead.

Here are five Boxing Day Tests that were absolute belters: 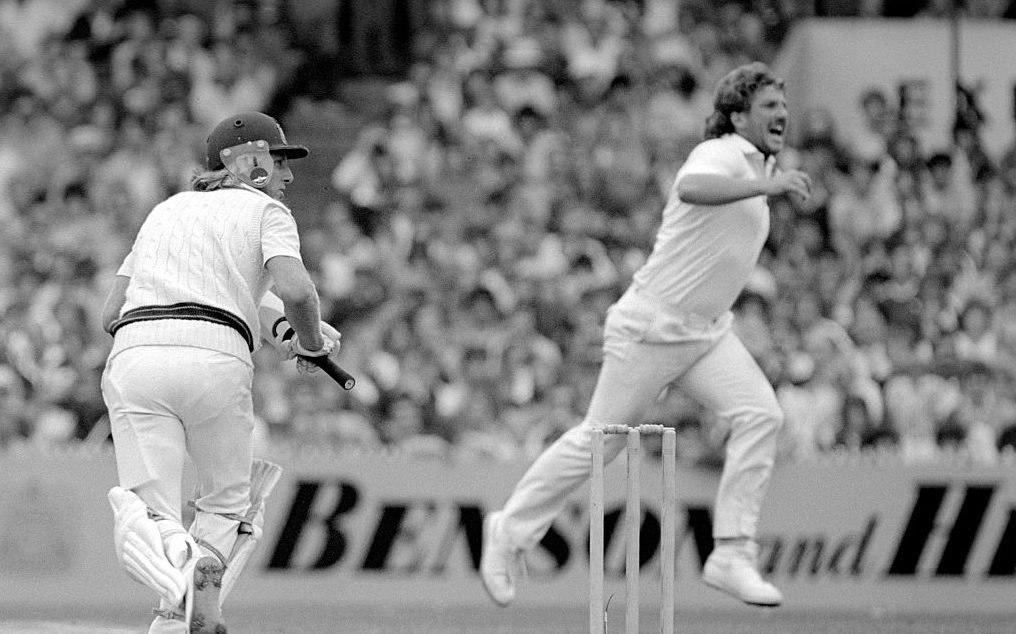 Ian Botham celebrates the wicket of Jeff Thomson at the MCG

England were 2-0 down heading into this fourth Test of the 1982/83 Ashes, but when Australia had stumbled to 218-9 chasing 292 for victory, England were firm favourites. Norman Cowans, playing in his third Test, was on his way to a career best 6-77, and at the close of play the on day four the home team had reached 255-9 thanks to a last-wicket stand between Allan Border and Jeff Thomson.

With the possibility of day five lasting just one ball, the authorities agreed to let people in for free on the final morning. England needed one wicket, Australia 37 runs, and 18,000 people turned up.

Thomson and Border got off to a rollicking start on that final morning and it appeared Australia would pull off a remarkable win. Then, with four runs needed, and with the final wicket stand worth 70 runs, Thomson had a big old swish at a ball from Ian Botham. The resulting edge was parried in the air by Chris Tavare at second slip, Geoff Miller was quick to react and claimed the catch.

Legend has it that Thomson stormed into the England dressing room and told the visiting side that he would “get them in Sydney”. 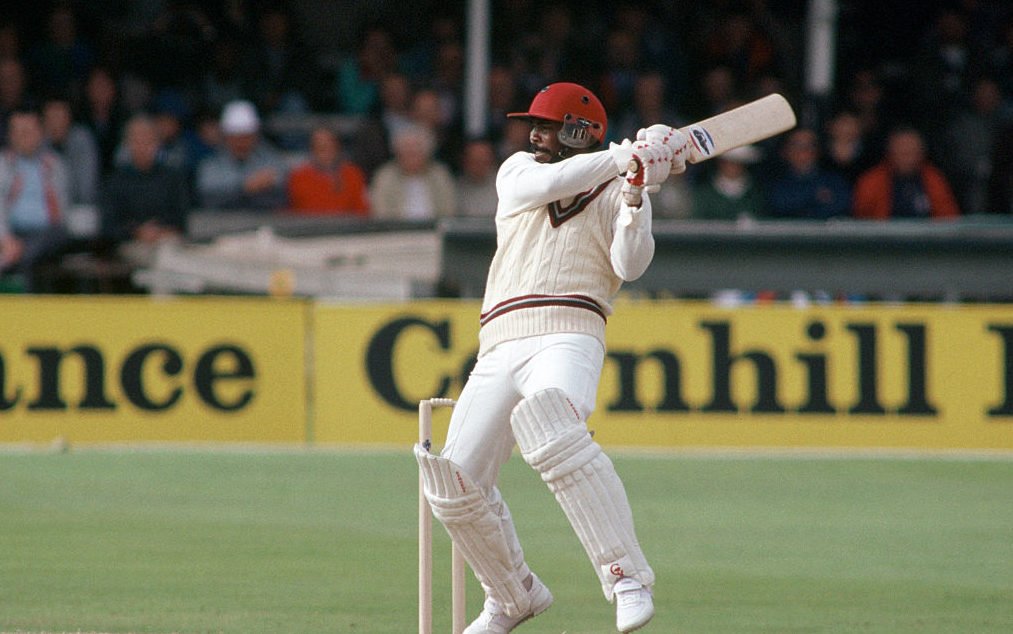 Of the 36 Boxing Day Tests at the ‘G since 1980, Australia have won 20 and drawn nine. As such, the times Australia have been thumped really stand out. In 1988, a West Indies team that was replete with four menacing fast bowlers and a swashbuckling top six smashed the hosts by 258 runs.

That West Indies side had Gordon Greenidge and Desmond Haynes Haynes opening up, Richie Richardson and Viv Richards in the middle order, and Malcolm Marshall, Curtly Ambrose, Courtney Walsh and Patrick Pattinson as a four-pronged pace attack.

Things were reasonably even after the first two innings of the match. West Indies had made 280 all out. Australia replied with 242, a lead for the visitors but not a significant one. Then the Caribbean side found their mojo. Richardson’s 122 and a quick fire 63 from Richards saw them reach 361-9 declared, setting Australia an unlikely 400 to win.

Australia were blown away for 114, owing to 5-39 from Pattinson, while Ambrose and Walsh both finished  with 2/21. 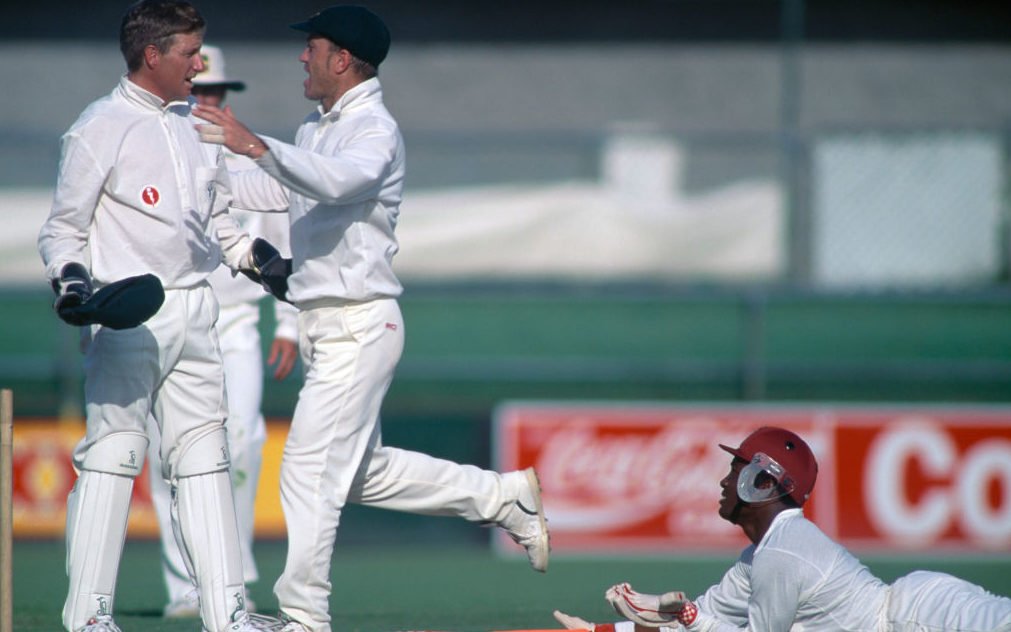 The next time the West Indies came to the MCG Australia had their revenge as one of the game’s greats announced himself on the international scene. Six months later Shane Warne would bowl the ‘ball of the century’, but the first glimpse of his brilliance came at his home on Boxing Day 1992. Warne had only played four Tests in his fledgling career, two against India at home and two against Sri Lanka away, which had yielded four wickets at 96.5.

Warne’s opportunities in West Indies’ first innings were limited. Australia had batted first and had made 395 thanks to hundreds from Border and Mark Waugh. West Indies made 233, with Craig McDermott and Merv Hughes the chief destroyers sharing seven wickets between them. Warne was given just four overs, claiming 1-14, but he came to life in the final innings.

West Indies needed 359 runs to win after Australia struggled to 196 in their second innings, and the visitors looked to be cruising at 143-1, with Phil Simmons and Richardson well set. Then Warne found some magic, claiming 7-52 as West Indies lost their last nine wickets for just 76 runs. 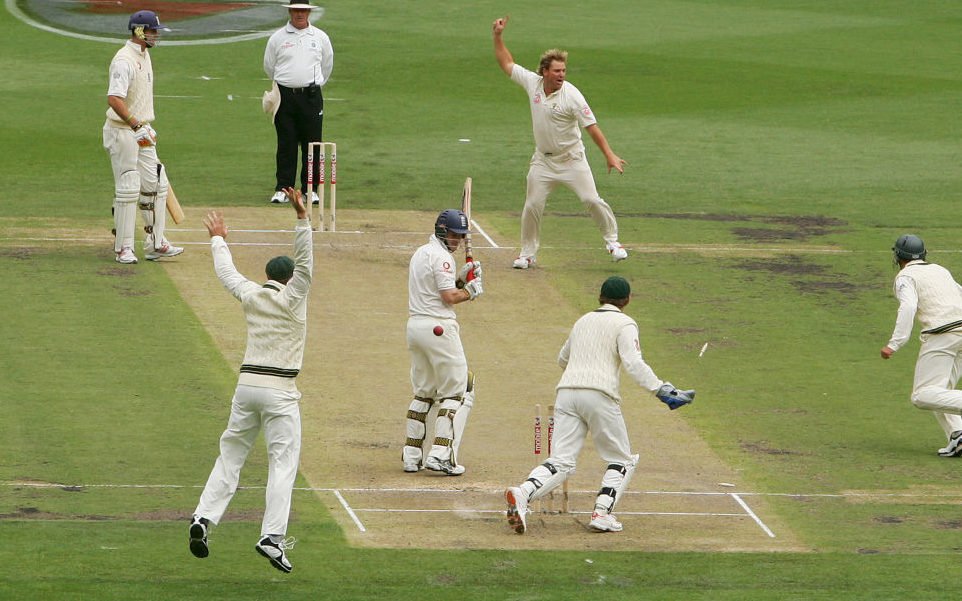 Any list of the best Boxing Day Tests would not be complete without one where England finished third in a two-horse race. There are any number that you can chose from in this category, but the one that probably hurt the most in recent years was the fourth Test of the 2006/7 Ashes whitewash.

The euphoria that had swept England after their win in the 2005 Ashes was still lingering. Andrew Flintoff’s drunken stumbling around the garden of 10 Downing Street was still fresh in the memory. Australia were bullish in reminding the English of their true place in the cricketing hierarchy. By the time they reached Melbourne they were 3-0 down, the Ashes had been reclaimed and England were still wondering how on earth they had managed to lose the Adelaide Test.

England won the toss and were bundled out for 159 in just 74.2 overs. Warne took yet another five-wicket haul. The whitewash felt like a foregone conclusion, but when Australia stumbled to 84-5 in their first innings England had a glimmer.

England’s hopes of finishing a hellish series on a high were extinguished in the most brutal fashion. Matthew Hayden and Andrew Symonds put on 279 runs for the sixth wicket, with both batsmen making 150s.

England were awful once again in their reply, skittled for 161. 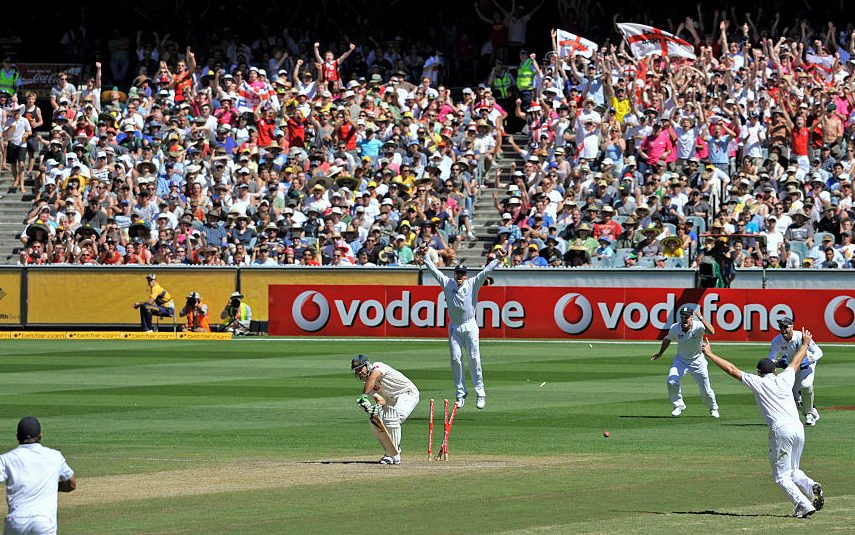 Revenge for that 2006 mauling arrived the next time England went to the MCG, and it was the sweetest of presents for England supporters who stayed up late on Christmas Day to watch.

A draw at the ‘Gabba, a win for England at Adelaide and an Australia win in Perth meant that the series was beautifully poised at 1-1 entering this one. England took a decisive hold of the series on the first morning and never let go. By the end of the first day, Australia had been bowled out for 98 and England were 157-0 in reply.

It started poorly for England, with Paul Collingwood and Kevin Pietersen both dropping Shane Watson early on in his innings, but then they clicked the switch. Chris Tremlett bowled a short one that Watson ballooned to Pietersen in the gully and England did not put another foot wrong.

England went on to make 513 in their only batting effort in the match, a mammoth first-innings lead of 415. Australia improved on their first dig, notching 258 in their second, but it wasn’t enough to prevent a huge England win that helped them to their first series win in Australia for 24 years.