Australia turn the screw at Adelaide as England’s shortcomings with the ball are mercilessly exposed, writes Phil Walker. Four takeaways from another dark night of the soul…

Who knew? A samey pace attack tends to be bled dry in Australia! Have the horrors of ’13/14 – when a bunch of right-arm giants were assembled and the third-best seamer in England, Graham Onions, left at home – taught us nothing? Medium-fast right-arm seamers have their virtues, but you can have too much of a good thing, and when those good things are not looking especially good anyway – Chris Woakes’ struggles in particular are deepening with each day of this series – it’s hard to know where to turn. To Mark Wood, for one, creeping up to full fitness with the Lions. He’ll surely play at Perth. They need something through the air. As Ricky Ponting said in the minutes leading up to Dinner: “To be a top-quality Test bowler you need either real pace, the ability to move it off the straight or exceptional control – which of these boxes does Craig Overton or Chris Woakes tick?” The chasm between Australia’s quicks and England’s toilers is opening up like a sinkhole, and the tourists’ defence of this pesky little urn is about to fall in. 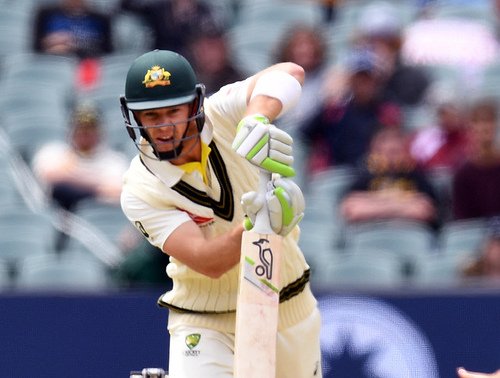 There was much Aussie brow-furrowing before Brisbane about the selections of Paine, Marsh and Bancroft. But just because they were cagey didn’t make them wrong, and six-and-a-bit days of cricket later, they have paid off big time. Paine and Marsh ground England down today; it will be a bitter pill to swallow that neither Warner nor Smith passed fifty and yet England gave up 400 and plenty. Marsh in particular was superb; he came in at a tricky time under lights on day one, was controlled in the sunshine and then, in the lead-up to dinner, brutish in the early evening air. And yet the way English heads dropped so soon into that second session spoke of their own turmoil. Isolated murmurs of empty encouragement from Jonny Bairstow were all England supporters heard for two agonising hours.

3. The rub of the baggy green 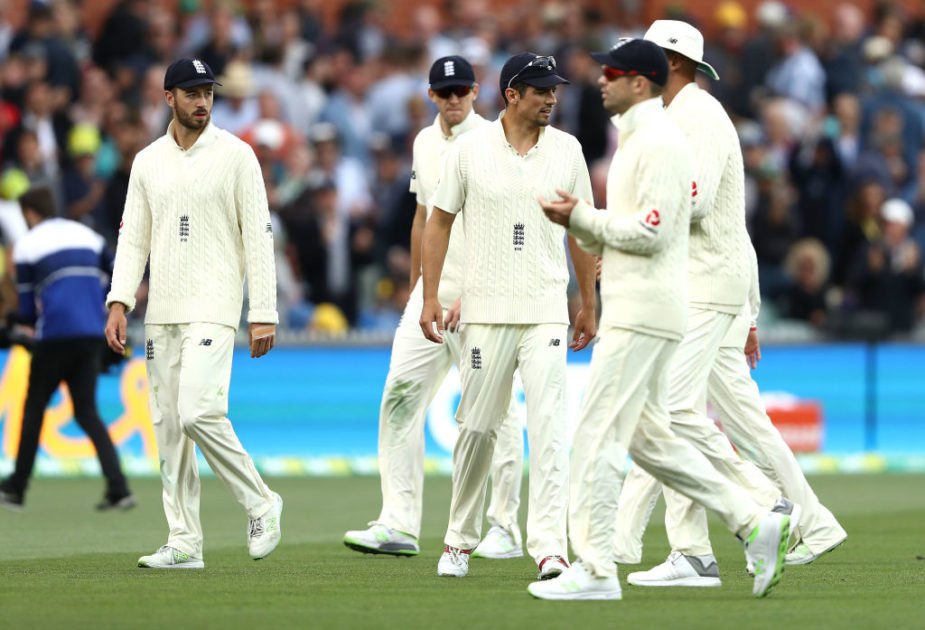 Nothing went right for England in the second session

It’s the last vestige of the failure to blame it on bad luck and of course the language of ‘winners’ won’t countenance such human limpness, but sometimes it bears itself out anyway, and day two from Adelaide will go down as one of the cruellest, least fortunate days in England’s recent history. Overall they were much better with the ball than they had been on day one, but were luckless with it. Two lbws overturned on review; Anderson beating Marsh on both sides of the bat; Cummins nicking off on nought (to his 35th ball) only for the ball to die on the half volley to Bairstow, and then double-hitting a late cut to get off the mark; and then the final agony, as a catch loops off the shoulder of Marsh’s bat into the diving Cook’s hands, only for James Vince to essentially rip it out of his hands. An NFL cornerback would have been delighted with the move; the snag for England is that Cook and Vince are meant to be on the same side.

Shall we just call this one now?