Ambling up to defend 434, Australia’s rotund filler Mick Lewis would’ve felt fairly comfortable. But this was no ordinary match, and Lewis was no ordinary Australian cricketer, as the world saw when Herschelle Gibbs carted his seventh over for 18 to set up the mother of all run chases. In an instant Lewis looked less the merry state cricket journeyman enjoying a late-career Indian summer, and more the schlubby hero of a fish-out-of-water comedy, wondering why he’d listened to Rob Schneider. He had absolutely no idea what to do, but somehow he had to continue pretending to be an international cricketer for another two hours; suffice to say he didn’t get the girl.

One over in, one ball even, and you already knew how the whole thing was going to go. It was just a question of whether you sat there with your hot Bovril and watched it rumble slowly over you, or went to bed ready to be clobbered with all of it at once in the morning. Abject isn’t the word – a prize horse had gone lame, and captain Flintoff had no sugar cubes. Flintoff’s nonchalant snare at second slip, to a ball about as wide of the mark as a Frankie Boyle joke at a Women’s Institute tea party, was the abiding image from the series from hell: overs have gone for more runs, but few have so accurately predicted the tone of a contest.

Utterly inexplicable. Perhaps he hadn’t had his Weetabix, maybe someone sabotaged his wristbands, but Curtly wasn’t his usual self as he sent down nine front-foot no balls. The 15-ball over, which couldn’t have been much fun for Messrs Warne and Bichel at the other end as they were all on target, ended up taking 12 minutes. Whole innings had taken less time with this man bowling; seeing one of the best ever fail repeatedly at such a rudimentary skill just felt a bit wrong, like Caravaggio gone colour-blind.

Every so often, somewhere in the Midlands a man called Scott Boswell wakes up terrified in the middle of the night with visions of Marcus Trescothick’s benign smile and umpire George Sharp’s arms spread wide. It was the biggest game of his short-lived career. A Lord’s final no less. Given the new ball, Boswell got swallowed up by the yips, propelling eight wides in his second over, flop sweat and nerves making merry hell with his preparation. They swerved down the leg side, they wobbled down the off side, they eluded the cut strip for five deliveries in a row. It was all too embarrassing for words, apart from the crimson-faced, scrumpy-pickled men in the bleachers, whose happy chants of “Somerset! La-la-la!” still haunt Boswell’s nightmares to this day.

Beefy called it spot-on when he termed this the worst first over of a Test match he’d ever seen. It really was that bad. A replacement for the injured Zaheer Khan in the same way as Paul Rodgers was a replacement for Freddie Mercury; Singh seemed a fraction of a fast bowler on this morning at The Oval. He gently wafted five out of six balls down the leg side with a bored, trancelike lack of intensity only partially explained by the fact he hadn’t bowled a first-class delivery in anger for seven months. Made Darren Sammy look like Wes Hall.

As a 21-year-old Barbadian trying to make an impression on his prospective new employers, the young Gladstone Small mislaid the plot. After sending down 10 no balls, he shortened his run-up to two paces, but the concentration of stepping behind the line and keeping it on the pitch at the same time was too much and he bowled a wide. In response his captain, Dennis Amiss, reportedly said, “When I said give us three or four quick overs at the start, I didn’t mean all at once.” Thankfully as the match took place in Coventry, Amiss didn’t have to go to the effort of sending Gladstone there.

Some things just aren’t right. While this over actually netted a wicket, the sight of a wicketkeeper-batsman of Mark Boucher’s calibre debasing himself with a novelty turn as a bowler left you expecting bearded ladies as the whole thing felt more like a sideshow than a cricket match. Faced with West Indies’ soporific, creaking 700-plus total, Graeme Smith thought there was no option left but to bowl every one of his 11 players in a display of farcical captaincy-as-ringmaster that degraded everyone involved. Especially Dwayne Bravo, who actually allowed himself to be dismissed by Boucher. 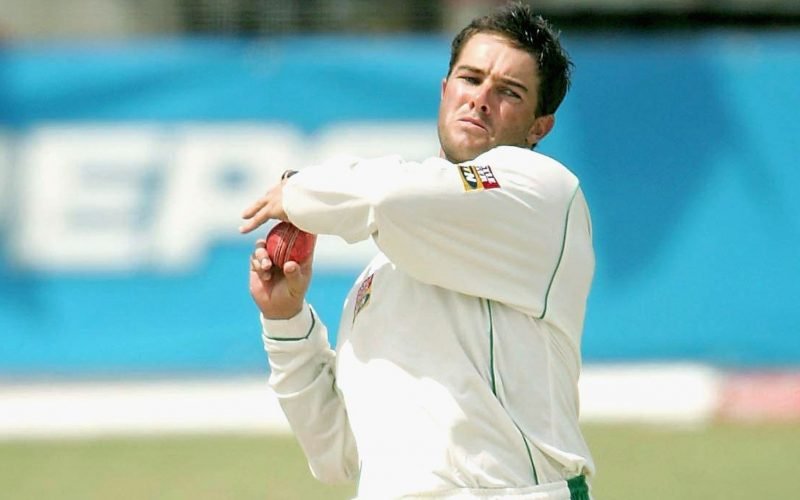 Boucher took a wicket of his eighth ball, dismissing Dwayne Bravo for 107

This over, during an Asia Cup tie, is the longest ever bowled in an ODI. Sami took 17 balls to finish it, and who can blame him? Faced with the sight of batting titans Habibul Bashar and Rajin Saleh, whose combined career average approaches that of a half decent No.8, whose legs wouldn’t turn to jelly? Sami eventually pulled himself together and finished the over, but the whole affair gave the Pakistani attack the shameful appearance of an old jalopy’s spluttering start.

Each summer we host a six-a-side knockabout at Sir John Paul Getty’s Wormsley estate, with a smattering of former pros spread amongst the teams. In 2011, one of our staffers was fortunate enough to line up alongside Devon Malcolm and after Dev’s side were skittled for 23 it looked like he might come in handy. “I’ll come off my long run,” said Dev with a glint in his eye, as his team waited in the slip cordon, poised for action. The message was clear: these guys were history. Five balls later the match was over as Dev sent down four consecutive wides (costing five runs apiece for the purposes of this tournament) before being tucked down to fine leg for four to wrap up the most comprehensive of defeats.

On the face of it an over that doesn’t belong in this low company. An 18-year-old finding the edge of one of the form batsmen in world cricket three times, at nearly 90 mph, seemed to speak only of promise. Shame about the no ball, we thought at the time, but he’s just a kid, nothing more than a little too excitable. Within days we had a News of the Screws front page, flying allegations and a tearful Mikey Holding. What made it so sad was what a ramshackle and obvious effort at cheating it was– he overstepped by about a yard – the confused act of a desperate young man who could’ve been anything he wanted.