Niall O’Brien recalls his brother’s outstanding display of ball-striking, which powered Ireland to a memorable win against England in a Group B fixture of the 2011 World Cup. Intro by Roshan Gede.

David Lloyd provided the most memorable of soundtracks to capture the moment. It was after John Mooney had flicked one through mid-wicket on the first ball of the final over, to complete the highest ever successful run-chase in World Cup cricket. Lloyd’s disbelief was understandable, for he’d seen many remarkable turnarounds in limited-overs cricket, but perhaps none as dramatic as the one on that March evening in Bengaluru.

Niall O’Brien had stood tall to help Ireland register a historic win over Pakistan on St. Patrick’s Day at the 2007 World Cup. Four years later, his brother Kevin would go on to power his team to another remarkable upset with an innings for the ages.

In pursuit of England’s first innings total of 327-8, Ireland lost their skipper William Porterfield on the first ball of the chase and things got worse when they had slipped to 106-4 in the 23rd over. It took a stunning display of ball-striking from the all-rounder, one that included 13 hits to the fence and six over it, each landing deep into the Chinnaswamy stands, to script a phenomenal comeback. By the time he was dismissed, the writing was on the wall for Andrew Strauss’ men.

For Niall, the game was almost lost when Ireland were four down in the chase, still more than 200 away from the target. The elder brother picks up the story of an exceptional turnaround. 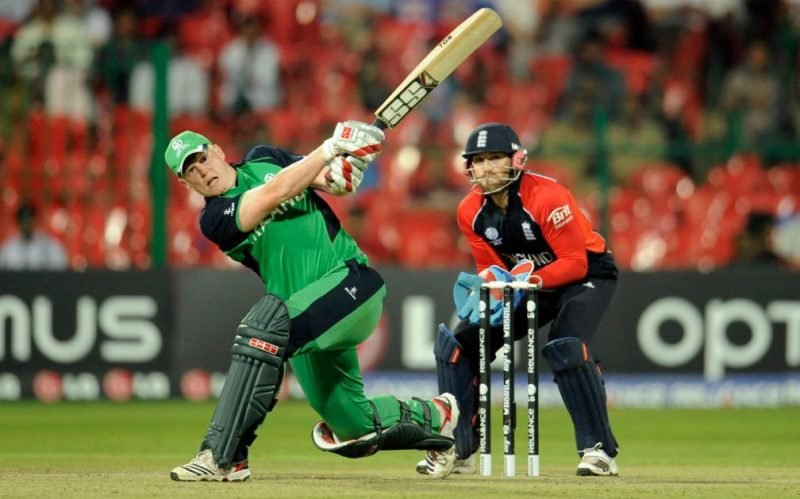 “Myself and Ed Joyce were in the dressing room for ages kicking our pads and cursing ourselves for getting out on such a good wicket – he’d been stumped and I’d made 29. Then, all of a sudden, we heard the boys shouting, ‘Shot Kev, keep going buddy!’ and then we heard people saying, ‘Well batted, Kev.’ Me and Ed looked at each other and said: “What the hell? He’s got fifty!” We only went out after that, so I only saw the second half of the knock!

“It was unbelievable scenes, really. Just the cleanest striking you could ever wish to see. Towards the end Kev got run out, but there was no panic, we saw it home easy enough. It was in the bag! John Mooney and Alex Cusack did a great job, there were never any nerves at all.

“It was an absolutely amazing knock, the knock of a lifetime. We were just so lucky as a team that it came against England in such a big game. For a bloke to play that well and win a game singlehandedly is absolutely outstanding. It broke so many records, and it helped us to a memorable victory that will never be forgotten, so we’re forever indebted to Kev and his performance. He’s just a top-class player who can destroy teams on his day.”