While England and India were locked in a titanic tustle this summer, Barmy Army and Bharat Army went head-to-head in a battle to be crowned the world’s ultimate supporters’ group.

The Barmy Army was founded in 1994 by a group of passionate England fans following the Ashes in Australia. They are now a world-renowned supporters’ group with thousands of members, some of whom have attended over a hundred Test matches overseas. Meanwhile, the Bharat Army were formed in 1999 and have been emulating the Barmy Army ever since. But which has the best and most dedicated supporters in 2018? Kingfisher Beer devised a series of ‘Tests’ aimed at determining the greatest fan group in cricket.

The first Test was a ‘Tweet-off’ between a representative of each team. The two participants were tasked with taking over Kingfisher’s Twitter feed and writing the most engaging and humorous tweets possible. During the 2nd ODI at Lord’s the two groups would take turns to tweet, with every ‘like’ receiving one run, every reply receiving four runs and every retweet receiving six runs. The winner would be the group who scored the most runs within 24 hours of writing the tweets. It was a close-run battle but the Barmy Army prevailed, scoring 767 runs to the Bharat Army’s 718. 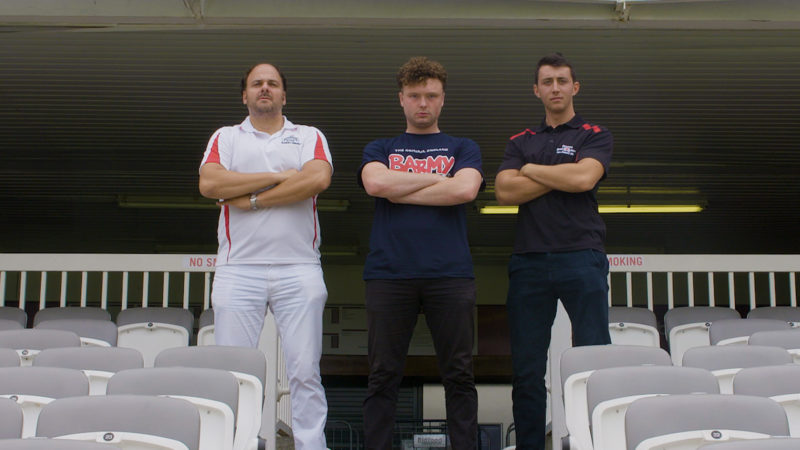 The Bharat Army headed into the second Test, the Great Chilli Challenge, needing a win, as three team members took on a selection of increasingly hot Indian snacks. Sat in front of each of them was a cold, refreshing bottle of India’s No.1 beer, but drinking it would see that member eliminated from the competition. There were 10 rounds and the team with the most members left at the end would win. 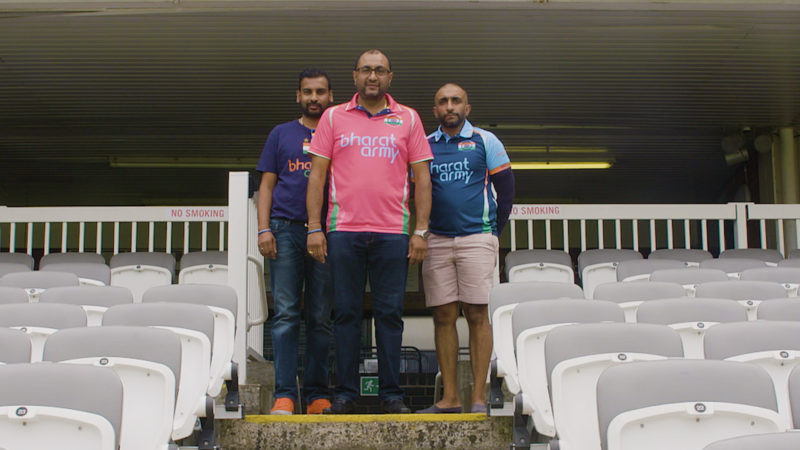 Both teams cruised through the early stages but in round six things got too hot to handle for one Barmy Army member who was knocked out, confessing a korma was usually their curry of choice. The five remaining participants completed the challenge, the Bharat Army moving through each level with ease to tie the scores at 1-1.

THIRD TEST: The Test on the terrace

The third Test was aimed at showing each group’s passion and commitment in the stands, as they recorded themselves throughout the three T20Is at Old Trafford, Cardiff and Bristol. The Bharat Army took a 2-1 lead after demonstrating the colour and excitement they bring to the game. 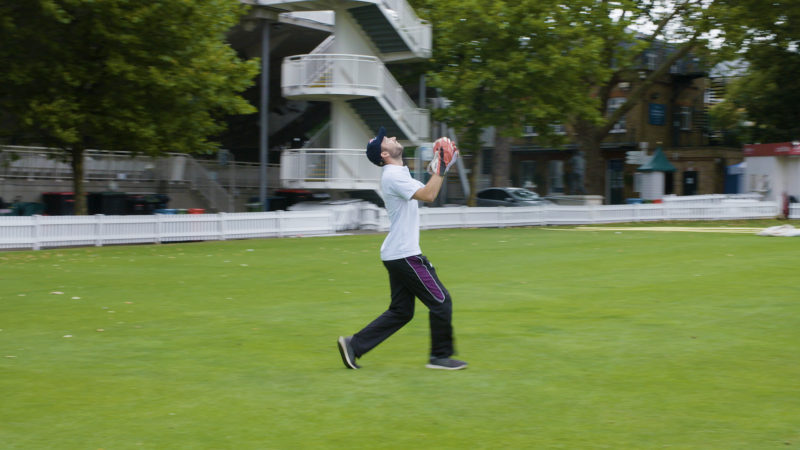 The fourth Test was hosted by Middlesex CCC, with representatives of each group attempting to break the world record for catching a cricket ball from a drone. This record was originally set by ex-England captain Nasser Hussain, who successfully caught a ball from 49m, in July 2016.

Despite windy conditions, the participants were confident they would not only beat the record but smash it… and so they did! Having already beaten the record at 65m and 70m, the new record was finally set at 80m by Jamie Mann, representing the Barmy Army, to level the scores at 2-2 with one Test to play. 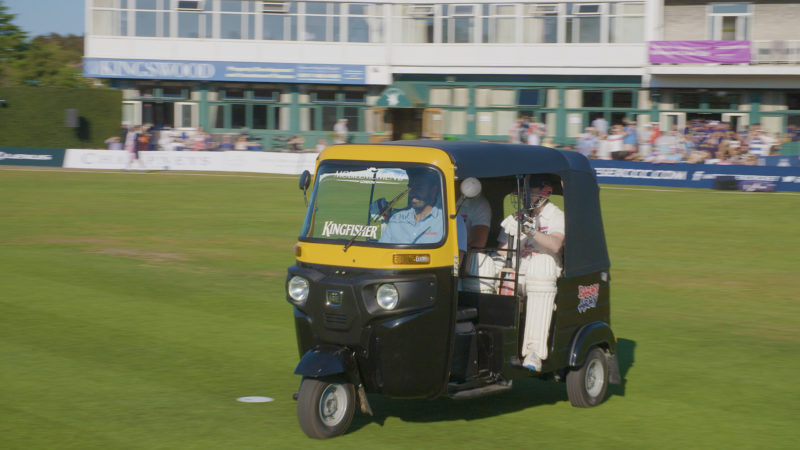 The fifth and final Test – a T10 match – was held at Richmond Cricket Ground following the T20 Blast fixture between Middlesex and Glamorgan. Both teams fought valiantly but the Barmy Army’s innings of 127-3 – helped in no small part by an unbeaten century from Francis Annandale – saw off the Bharat Army, who battled to 117-7. Kingfisher added a little Indian sparkle by ferrying batsmen to the crease in a tuk-tuk, while cold pints were enjoyed by all at the drinks break.

Overall it was an exciting series which the Barmy Army snatched right at the end.