Indian cricket had a memorable 2019, highlighted by their unmatched Test dominance and Rohit Sharma’s envious run across formats. However, the World Cup dream remained unfulfilled yet again.

“[The year] 2019 has been one of the best years for Indian cricket. Apart from the 30 minutes in the World Cup [semi-final against New Zealand, which they lost], it’s been a great year,” skipper Virat Kohli said, after India’s 2-1 triumph in the ODI series against West Indies, their last international assignment of the year.

"Extremely grateful for the year I had, the World Cup win would have been nice."

After a glowing 12-month period, decked with stunning performances across formats as individuals and as a team, we look at the major takeaways from the year.

India played eight Tests in the year and cantered to victory in seven of them. Four of those victories were clinched by an innings margin, while the other three were by 318, 257 and 203 runs respectively. The one that ended in a draw, the new year’s Test in Sydney, only did so because of rain, which arrived four overs into Australia’s second innings, after they had been bundled out for 300 in response to India’s 622-7 declared. 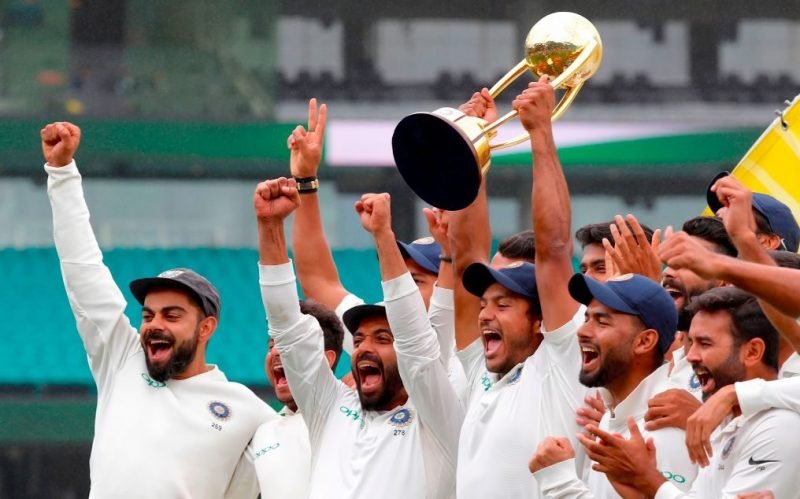 Nevertheless, it didn’t stop India from registering their first Test series win in Australia, on their 12th attempt in 71 years. The unbeaten run thereafter consolidated their top position in the ICC Test Championship standings, with a gulf of 144 points separating them from second-placed Australia.

India’s World Cup campaign suffered a huge jolt when opener Shikhar Dhawan, perhaps their standout performer in ICC 50-over events, was ruled out with a thumb injury after his match-winning century against Australia. That resulted in KL Rahul’s promotion to the top, and the right-hander didn’t disappoint, putting together three century stands with Rohit Sharma in the tournament and two more in the home series against West Indies, including a monumental 237-run stand in the second game in Visakhapatnam. They finished the year having aggregated 923 runs, at an average of 92.3.

What a year Rohit Sharma has had ?#INDvWIhttps://t.co/UdQ42ESei2

In Tests, too, India’s opening pair racked up world-beating numbers. Mayank Agarwal followed up his 76 on debut in the 2018 Boxing Day Test at the MCG with his breakout season, underpinned by 754 runs in eight Tests, with two double-hundreds. Likewise, his partner Rohit, promoted to open in Test cricket after a golden World Cup campaign, responded with breathtaking performances, as he amassed 529 runs from four innings, including his maiden double ton, at a Bradmanesque average of 92.66.

The consistency of India’s pace battery has been a running theme of the Kohli regime, but in 2018, they graduated to new levels. With Jasprit Bumrah absent from the home season due to injury, Ishant Sharma and Mohammed Shami stepped up to finish the year with 58 wickets between them, at a combined average of 16.18. Umesh Yadav, too, blossomed on his comeback, bagging 23 scalps from four Tests at home, included a fifer in the pink-ball Test against Bangladesh.

While Bumrah and Bhuvneshwar Kumar remained as consistent as ever, their performances were merely footnotes to Shami’s  staggering returns across formats. The pacer wasn’t India’s first pick during the World Cup, despite 19 scalps from 11 games in the build-up. But when the opportunity presented itself, after injury struck Bhuvneshwar during the game against Pakistan, Shami made an instant impact with a match-defining hat-trick against Afghanistan. He bagged 16 wickets in the competition, including a fifer against England, and now sits on top of the wicket charts, with 42 scalps from 21 games.

One of the key features of Shami’s success in one-dayers was that of getting key wickets in the middle overs. Most recently, in the second ODI against West Indies, he removed the well-set Nicholas Pooran and Kieron Pollard off successive balls to dent the opposition’s chase. Such feats were common throughout the year, as he accounted for key players, such as Kane Williamson, Ross Taylor, Glenn Maxwell, Eoin Morgan and Shai Hope, to bring India back into the game at critical junctures.

The No.4 debate and the rise of Shreyas Iyer

India’s No.4 spot in limited-overs cricket remained a hot topic of discussion, primarily during the World Cup and in the build-up to it. After persisting with Ambati Rayudu for almost a year, India moved on and tried three options during the flagship 50-over event in Rahul, Vijay Shankar and Rishabh Pant, but none could offer conviction.

Who do you think should be India's long-term ODI No.4?#INDvWIhttps://t.co/A2oKih89Tx

India persisted with Pant at the position on the tour of the West Indies, while Shreyas Iyer, who batted at five, scored back-to-back fifties in successful chases. He carried that form into the home season, where he celebrated a promotion to No.4 with a stroke-filled 33-ball 62 in the T20I decider against Bangladesh and then with two more fifties against West Indies, each scored in contrasting fashion. Four consecutive ODI fifties, two of which came in crunch situations, have somewhat consolidated Iyer’s spot in India’s limited-overs set-up, and it won’t come as a major surprise if the Mumbai batsman establishes himself as a middle-order mainstay in the years to come.

MS Dhoni last played in Indian colours in the World Cup semi-final against New Zealand. His future in international cricket has remained a suspense since. While head coach Ravi Shastri has already stated that the 2020 Indian Premier League will be a determining factor in Dhoni’s participation at the T20 World Cup in Australia, his long absence might just tempt the selectors to look beyond.

Rishabh Pant showed promise in Tests, with hundreds at The Oval and in Sydney, but copped criticism for his slam-bang approach in white-ball cricket. He finally showed some spark against West Indies, scoring a responsible 71 in Chennai and then with a power-packed 16-ball 39 in Visakhapatnam. His missed opportunities behind the stumps came under the scanner too, and the home crowd chanted ‘Dhoni-Dhoni’ every time that happened, most notably in the fourth ODI against Australia in Mohali in March. But Pant seemingly put those worries behind him in Chennai, Dhoni’s adopted hometown, where the crowd cheered for the youngster in an encouraging sign.

"He generally scythes it over point, slashing hard, really hard, as if he wants to beat the stitching out of the ball. This one invited him to have a go, but Pant solemnly left it alone."@aadya_sh on a mature knock from a maturing player.#INDvWIhttps://t.co/FCh97sERuu

However, despite Pant’s impressive rookie year in Tests, Kohli preferred Wriddhiman Saha’s superior glovework for the home Tests against South Africa and Bangladesh. The Visakhapatnam Test against South Africa in October was Saha’s first red-ball appearance after a gap of nearly two years. While little of him was required with the bat, he was solid as ever behind the stumps, especially to the moving pink ball against Bangladesh in Kolkata.

India lost just eight of the 28 ODIs they played this year, but one of them came in the critical World Cup semi-final against New Zealand in Manchester. After bulldozing all opponents in the round-robin stage and finishing atop the table with seven wins from eight completed games, India ran into the dynamic New Zealand new-ball pair of Matt Henry and Trent Boult in the semifinal and found themselves tottering at 24-4 in a chase of 240. Jadeja’s heroic blitz and Dhoni’s stabilizing act revived hopes, but the latter’s run-out in the penultimate over shattered them.

India faltered in the final stages of an ICC event for the fifth straight time after their Champions Trophy triumph in 2013. Before the 2019 World Cup, they lost in the semifinal of the 2015 edition and of the World T20 in 2016. They were also undone by Sri Lanka’s disciplined bowling and Pakistan’s all-round show in the finals of the T20 World Cup 2014 and the Champions Trophy 2017 respectively. Can they overturn these heartbreaks and go the distance at the T20 World Cup in Australia next year?