In the new issue of Wisden Cricket Monthly, Phil Walker talks to Jason Roy about his career to date, his ambitions for Test cricket, and how, when he was out of form, his wife talked him off the ledge.

In his first innings of 2018, Jason Roy aimed for the ceiling and shattered it. His 180 at the MCG (16 fours, five sixes) took England kicking and screaming to a first win of the winter, salved a few souls, and opened up the Test question again.

Roy is a match-changing batsman. That much is obvious. Something else which is obvious is that he’s barely played enough four-day cricket – just seven innings in 2017 – to make a case for inclusion, at least through the conventional channels of first-class runs. We should probably have evolved beyond all this ‘will he/won’t he’ conjecture whenever a player does something special in one-day cricket, but it’s deeply engrained and not easily shaken. Even today, no one doubts what the highest form of the game looks like, and that includes the man in question. 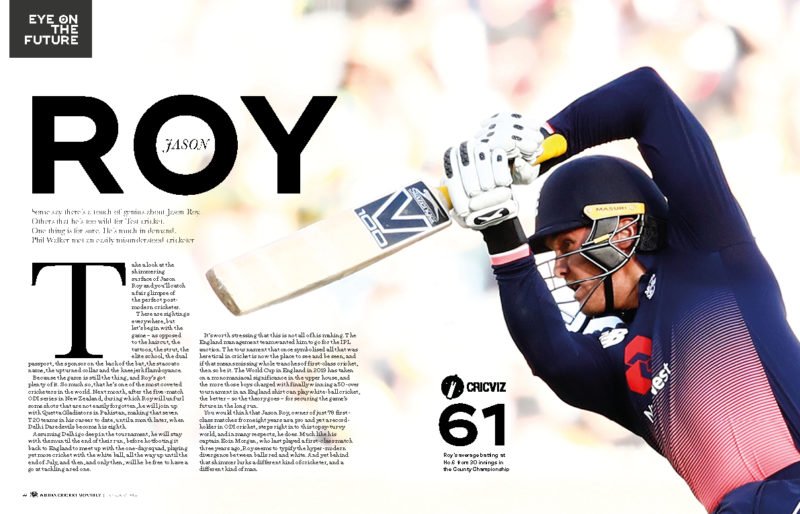 I’d met up with him before Christmas at a Chance to Shine event, just before he headed out to Australia. He was chipper, newly married, “in a good place mentally”, and, he said, wiser and more knowledgeable about his game following a testing summer. He spoke about his hopes to one day play Test cricket, about his versatility as a batsman, his average of around 60 in first-class cricket at No.6, his rediscovered self-belief, and the role his wife played in warding off the black dogs that encircle most cricketers from time to time. He may not always give the impression of it, but Roy has sure suffered for his art.

It was a sparky and frank interview, and the good place he’d found for himself was about to be improved again, with the news in late January – on the back of that record-breaking 180 – that Delhi Daredevils were snapping him up for this year’s IPL. After an underwhelming stint with the chaotic and now-defunct Gujarat Lions franchise last year, Delhi is offering Roy a further chance to burnish his credentials as one of the most coveted cricketers in the world. 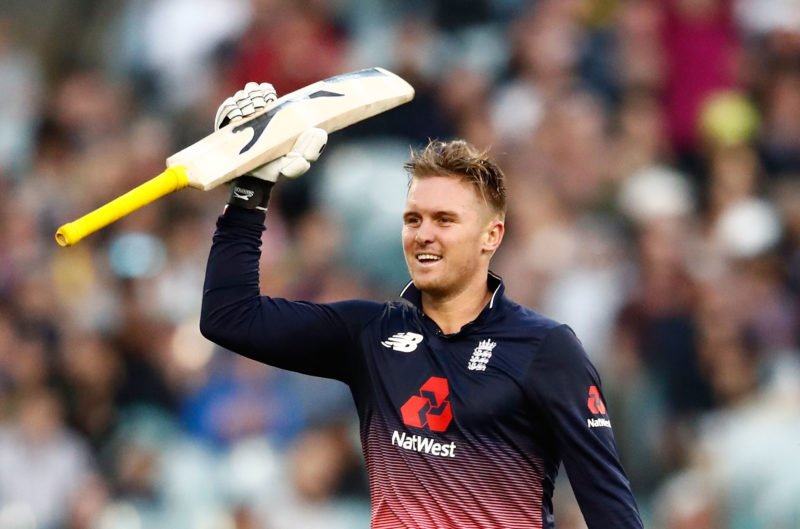 Here then is the next part of Roy’s peripatetic career (see if you can spot the first-class match): next month, after the five-match ODI series in New Zealand, he will join up with Quetta Gladiators in Pakistan, making that seven T20 teams in his career to date, until a month later, when Delhi Daredevils becomes his eighth.

Assuming Delhi go deep in the tournament, he will stay with them until the end of their run, before hotfooting it back to England to meet up with the one-day squad, playing yet more cricket with the white ball until the end of July; and then, and only then, will he be free to have a go at tackling a red one.

But don’t be fooled, as many are, into thinking that this is pure gold-panning. This schedule is not all of his own making. The England management team wanted him to go for the IPL auction. The tournament that once symbolised all that was heretical in cricket is now the place to see and be seen, and if that means missing whole tranches of first-class cricket, then so be it. The World Cup in England in 2019 has taken on a monomaniacal significance in the upper house, and the more those boys charged with finally winning a 50-over tournament in an England shirt can play white-ball cricket, so much the better for securing the game’s future in the long run. At least that’s the theory. 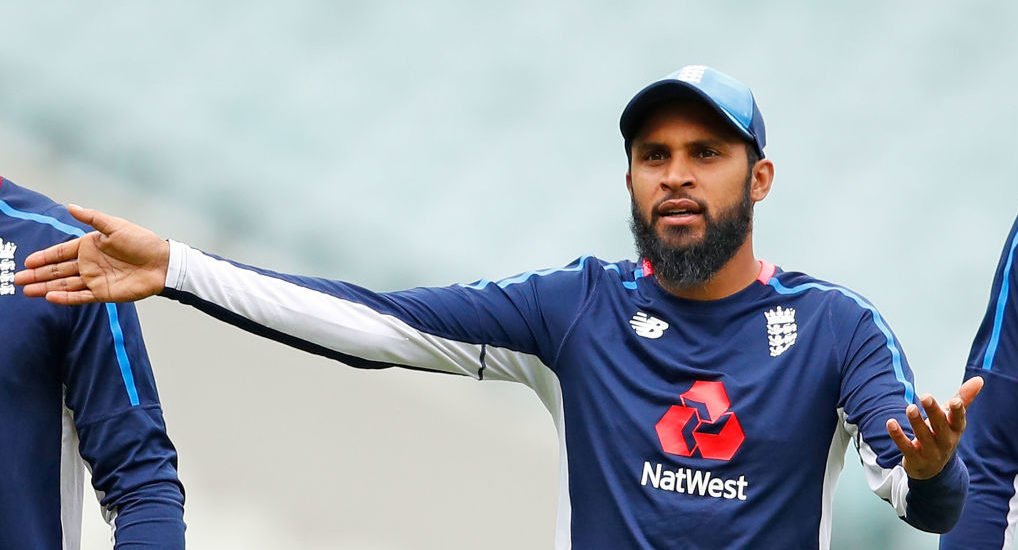 Adil Rashid has opted to become a white-ball specialist

So if Roy is ever to wear whites for England, he will have to take an unconventional route to get there. Top brass would need to take a punt on talent and nerve ahead of first-class runs – much as they once did with Eoin Morgan and, rather more fruitfully, Australia managed with David Warner, who emerged from T20 to become a top-rank Test opener.

Whether there would be much energy from the management to do so is a moot point. There has never been greater divergence between the formats, and Roy is not alone – the chances of seeing Jos Buttler or Mark Wood returned to the Test team recede with each passing month, while Adil Rashid, another England Test player not much more than a year ago, has just announced that he’s given up red-ball cricket completely.

But one man convinced that Roy could make the step up to Test cricket is his old Surrey teammate, now Wisden Cricket Monthly columnist, Kumar Sangakkara. “I think he is an ideal candidate for Test cricket. In that middle order, he’s a guy who will put England into winning situations. Instead of being defensive, do that Kevin Pietersen way of coming and taking your side from a tricky situation to a winning position. He will continue to learn, he will continue to grow.”

Sanga is not alone. Some say that Roy possesses a touch of genius, others that he’s too wild to be relied upon. One thing is for sure, he’s much in demand.

Read the full interview in issue 4 of Wisden Cricket Monthly, out now. 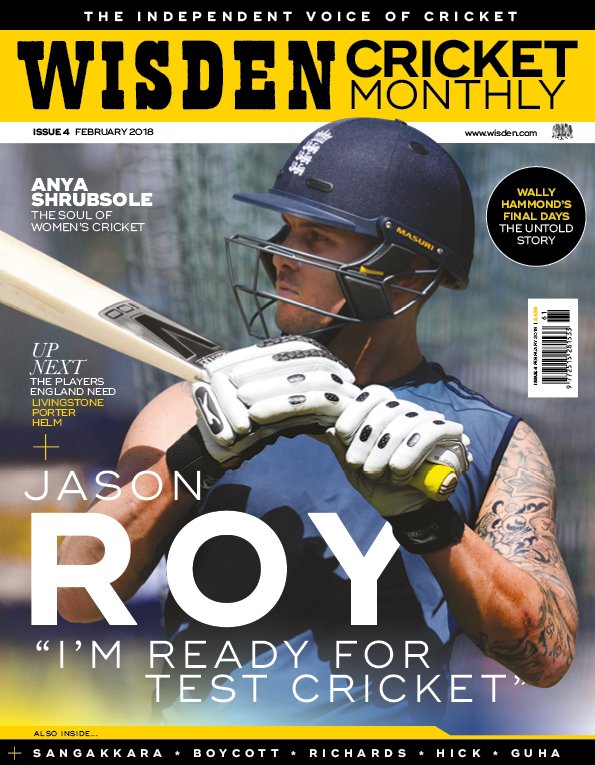