Courtney Walsh made the best of batsmen look clueless throughout his 17-year-long international career. One such moment came in the Old Trafford Test of 2000, when the tall paceman, despite not being at his quickest was able to recreate magic against Graham Thorpe.

David Hopps in The Guardian described it as a “dope ball”, in reference to both how it made Graham Thorpe look and the laid-back manner in which the ball dragged through the air from the front of Courtney Walsh’s hand.

The previous year at Lord’s, a young Chris Read, in his second-ever Test innings, had been on the end of a “dope ball” from Chris Cairns. Inexperience and an inadequate sight-screen were the excuses – they even erected an additional white tarpaulin across the boards at the Nursery End after Read’s embarrassing miscalculation. But none of those could be used to save Thorpe’s blushes in his first game after a year out of the side.

While a surprise to both batsman and spectator – the latter may as well have been the former in this instance – Walsh’s method around that period had changed from when he’d first burst onto the scene. At 37, he was no longer at his quickest, but his spells were just as long, as were his fingers, which he would wrap tightly around the seam to squeeze as much from the ball as possible.

The Thorpe ball was the new Walsh in a nutshell. Ambling into the crease at a slight angle, the languid front arm bending across his face in delivery as the right arm comes over to release – all done with a natural effortlessness that was the first part of the dupe. The ball had spent much of the duration of his run-up in his left hand and it only transferred over as Walsh got to within a couple of yards of umpire Peter Willey. Here was the key: the late transfer allowed for a much lighter grip of the ball in the tips of the fingers. 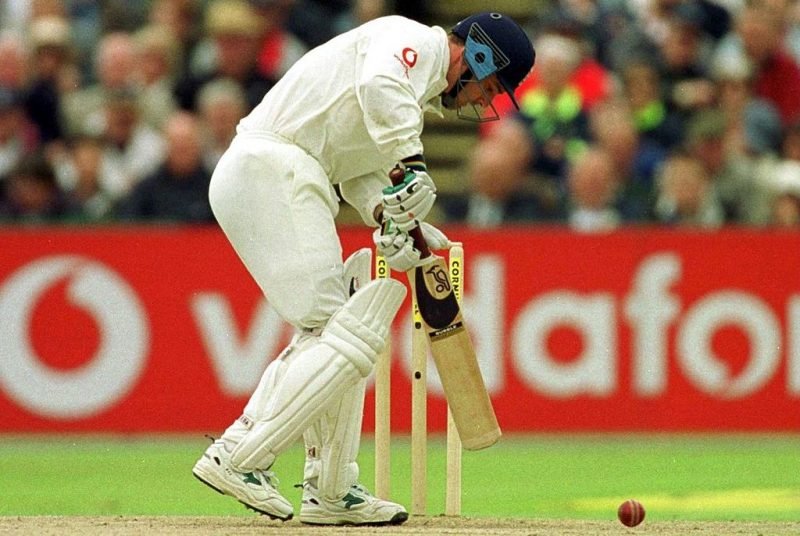 Thorpe feared a beamer and turned away, wincing, only to be overtaken with shock as the ball dropped gently onto his boot right, bang in front of middle stump. He emerged sheepishly and looked straight down at Willey, who had nothing with which to comfort him. Walsh wheeled away. He didn’t even need to look behind him.