It took two full World Cup campaigns, and a bit, to get past Ricky Ponting‘s Australia in 50-over World Cups. When they were finally undone in back-to-back games by Asian giants Pakistan and India in 2011, it rounded off their worst World Cup campaign in one-and-a-half decades.

Australia’s glorious run in the first half of the century was one to marvel at. It was a characteristic brought about by an astute leader in Steve Waugh and carried forward by his apprentice Ricky Ponting. At World Cups, their dominance stood second to none. After winning their second trophy in 1999, Australia went unbeaten in the next two editions, despite being plagued by the untimely loss of two of their premier weapons with the ball in Shane Warne (2003) and Brett Lee (2007).

At the 2011 event, despite the absence of Warne, Adam Gilchrist, Matthew Hayden and a few others, they still looked strong. The subcontinental conditions and the strengths of the other teams did narrow the gulf, but that they retained their top ODI ranking even after India had eventually shattered their hopes of a fourth straight title, spoke volumes of their strength. Four wins and an abandoned game against Sri Lanka extended their unbeaten run to an astounding 34 games. 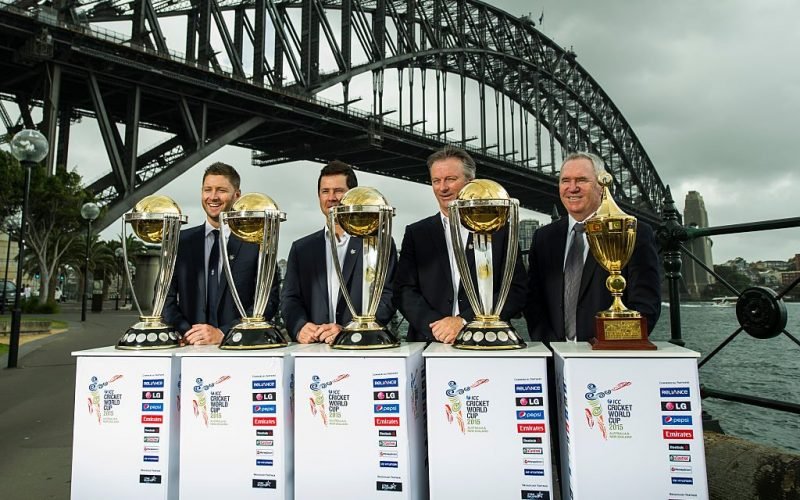 Australia have won five World Cups to date, four of which came between 1999 and 2015

Then, they suffered their first World Cup defeat of the century, against Pakistan, who coincidentally were the same opponents that had beaten them last, in a Group B encounter at Leeds in 1999.

On a sluggish Colombo surface, which has a reputation of slowing down, Ponting’s decision to bat first came as little surprise. But Pakistan’s bowlers outclassed Australia’s power-packed top-order with an aggressive performance. Brad Haddin top-scored with 42, but his strike-rate of 52.5 summed up Australia’s struggle, as they folded for 176. 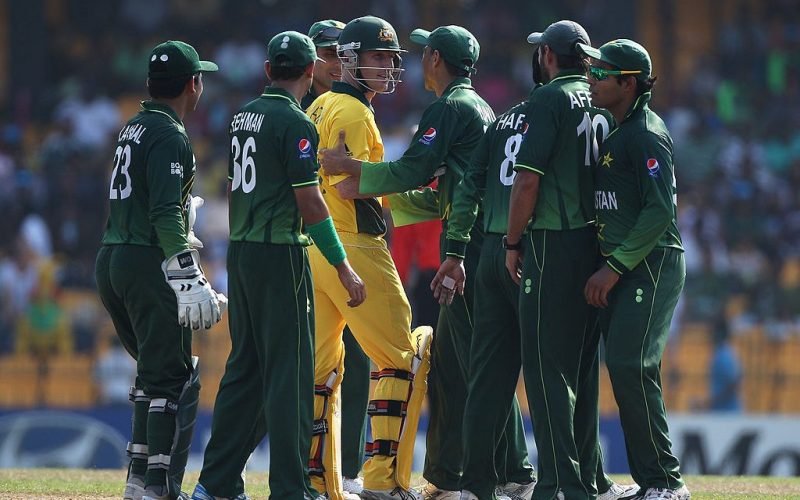 The frustration of battling it out on a humid day showed when Haddin got involved in a heated argument with Pakistan’s fielders over Ponting’s dismissal. Ponting, having clearly edged one to the keeper, refused to walk, prompting the fielding team to surround the on-field umpire Marias Erasmus during an exaggerated appeal. Haddin pushed two of the fielders aside, leading to a tense exchange, which escalated after Ponting was adjudged out after a review.

Each of the six bowlers Pakistan used tasted success, with the seamers doing the majority of the damage, while the spinners checked the run-flow. Gul led the way with returns of 3-30.

A chase of 177 didn’t demand much, but Australia’s never-give-up attitude and Pakistan’s own trait of botching up with the bat provided an exciting second half. Young Asad Shafiq and the experienced Younis Khan stabilised the innings with a half-century stand after the early loss of the openers, but when both fell in quick succession, things appeared shaky. Misbah’s dismissal for a golden duck, followed by Afridi’s miscued slog further added to the tension. 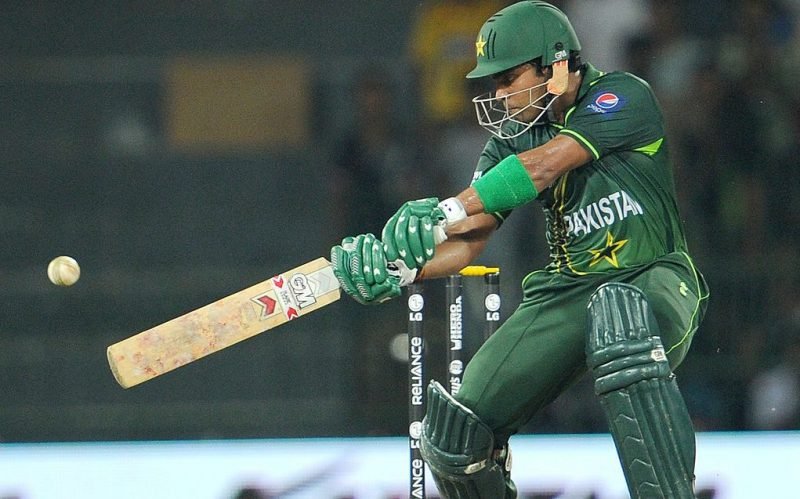 With Pakistan still 45 adrift of the target and Lee in his prime, having picked up four of the six wickets, another Australian win was on the cards. But Umar Akmal, who had had a history of relishing Australia’s attack in limited-overs cricket, rose up to the task, adding crucial runs with all-rounder Abdul Razzaq, to complete the chase in 41 overs.

Pakistan’s win propelled them to the top spot in the Group standings, setting up a quarter-final clash against the struggling West Indies, whom they went on to beat convincingly. Australia, on the other hand, went down to India in Ahmedabad, which deprived them of a semi-final berth for the first time since 1996.