The award-winning novelist and children’s author recalls two trials down under. This article first appeared in issue 19 of Wisden Cricket Monthly.

In the winter of 1986/87 both the England cricket team and my genitals were in a seriously bad way. England had been thrashed in the West Indies the year before, and then well beaten by India and New Zealand at home. Each defeat seemed to hammer home the point that England, despite the egos and the reputations, just weren’t very good at cricket.

My undercarriage was in an equally poor condition. Much like Ian Botham, my right testicle was heavy, bloated, and fringed with an unattractive mullet, the colour of a nicotine-stained finger. For the great all-rounder, the unsightly swelling was an effect of an enforced layoff, following his admission of having smoked a joint or three back in his youth. In my case, it was cancer, diagnosed as I lay naked and shivering on a hard marble slab at Manchester Royal Infirmary.

"Of the various forms of testicular cancer available to the selectors, I’d ended up with the worst"

An Ashes tour loomed for England, and an appointment with the surgeon for me. The press gave England little hope of avoiding further humiliation. Martin Johnson wrote famously that there were only three things wrong with the team selected: they couldn’t bat, they couldn’t bowl and they couldn’t field. The news I’d had after my diagnosis wasn’t good. Of the various forms of testicular cancer available to the selectors, I’d ended up with the worst. Survival rates were in the low teens – the sort of average you might get from a No.9 batter who could hang around for a while, but isn’t going to win you the Ashes. Had Johnson commented on my prospects, I suspect he’d have been equally damning. “There’s only three things wrong with McGowan’s gonads…”

England were captained by Mike Gatting. I’d always wanted to like Gatting. I admired his pugnacity and could see that back then his fabled flab wasn’t, well, flabby, but solid as a melon. On the other hand, there was that voice, hesitant and high, as if he were answering questions from his proctologist, mid probe. The rest of the team were past it (Botham, Gower, Lamb, Dilley, Emburey, Edmonds) or untried (Small, DeFreitas). Of the two keepers selected for the tour, one, Bruce French, couldn’t bat and the other, Jack Richards, couldn’t keep. The likely openers were Chris Broad, who had shown some promise, but stuck his arse out in a way that offended anyone interested in the aesthetics of the game, and Bill Athey, who was like a Boycott stripped of the flamboyance. 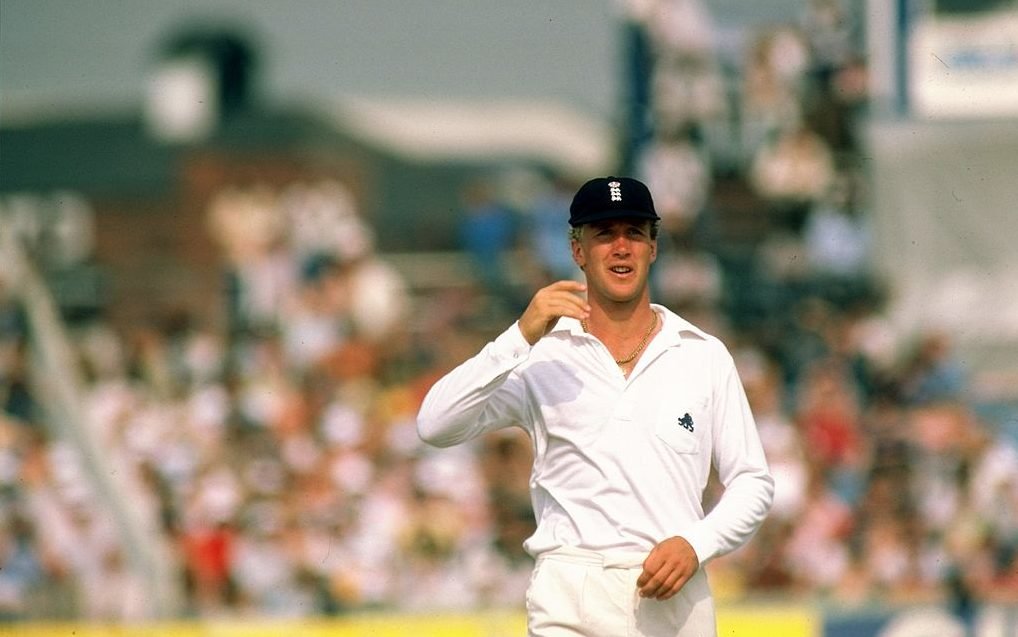 So, hopes were not high, for England or for me. Post-op, I recuperated at my parents’ house in a small, unlovely town in Yorkshire. I’d played since my teens for the local team, then in the Leeds League. It had been my life for a decade, and I still came home to play every weekend from uni. I was just an average club player, opening the batting, usually averaging in the mid 20s. With my long hair, and red neckerchief, I was tolerated as a dandy in a team full of miners and truck drivers and warehouse workers. And now I lay in my old bunk bed, using the cricket to take my mind off mortality, off the cancerous cells I imagined dispersing to all parts of my body, like the field spreading after the first couple of biffs from a Botham onslaught.

The Australians were favourites, but that was more to do with England’s perceived weakness than their own strength. True, they had in Border a fine batsman who, perhaps of all the great players, had made the most of what talent he had. But the rest of the team was undistinguished. Marsh was gritty, but boring. Boon had not yet become the rock: at present he was just a fat man with a big moustache, who only moved his feet when there was a lager waiting for him at the bar. Of the bowlers, McDermott and Lawson were triers, but neither was fully fit.

Merv Hughes looked like a fast bowler until he started to run when, with his pot belly and shuffling, flat-footed steps, he looked like he was dashing for the outside dunny after a bad prawn. Only Bruce Reid was genuinely threatening, a quick left-armer with a nasty bouncer. But Australia’s recent tour of India had drained him, and now his scrawny figure looked like a collection of elbows and ankles held together by catgut. On the other hand, Steve Waugh was beginning to break through, and Dean Jones had been heroic in India. Jones had the lean and haunted look of an Appalachian cannibal, caught with a collection of gnawed heads in the icebox. In an unflashy way, he was to be the leading run-scorer in the series. 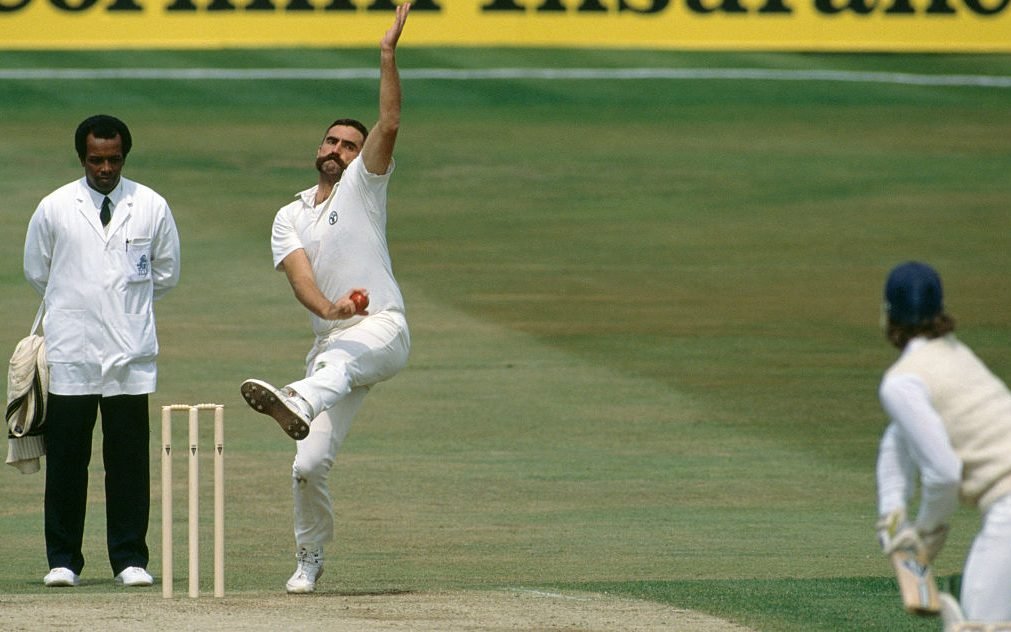 I had a small radio, with a mono-earpiece, and each night I’d listen to the commentary. Sometimes, when the demons threatened, I’d stay with it all the way through to the next morning. But more usually I’d listen through to lunch. This wasn’t though a lack of dedication, but more because I wanted to watch the highlights the next evening, without knowing what had happened. Who were the TMS commentators? Johnners, of course, although I was never especially fond of his style. CMJ. Blowers. A couple of irritated Aussies. I can’t quite remember.

But what I do recall is the rapture, the glory of that first Test, in Brisbane. England had been predictably poor in the warm-ups. There’s an amusing story about a heavily hungover Botham going out to bat, his arm swinging in that guess-how-far-I’m-going-to- hit-you way, only to find out, as he tried to takeguard, that he’d forgotten his bat. Broad was out early, and it seemed that the tour would die and shrivel in the heat of that first morning.

Gower had been batting at three for the past few years, and Gatting at five, but in one of several brave and astute moves, Gatting flipped their positions, and went in first drop. It was perhaps the best thing he did all tour. With Athey, he put on 100, and the tour was saved. Lamb made 40 (his only real contribution in the entire series), Gower a fluent 50. But this was all the overture. Botham blasted 138, hooking and driving Hughes, and pummelling every other bowler. It was Botham’s last hundred for England.

"It was all achieved without fuss, the England team operating for the first time in years as a single organism, with all the parts in harmony"

Dilley took five wickets in the Australian first innings, and Emburey five in the second, and England won at a canter. After that, the tour was a doddle. There were hundreds for Broad, Gower and Richards in the drawn second Test. Another Broad century, and one for Gatting in the third. The Ashes were decided in the fourth, in Melbourne. Somehow, Botham snaffled five wickets with his medium-paced induckers and long hops, and Gladstone Small’s accuracy and movement five more. Emburey and Edmonds, who bowled beautifully all tour, wrapped things up in the second innings, after Broad’s third hundred in three games.

It was all achieved without fuss, the England team operating for the first time in years as a single organism, with all the parts in harmony. There was plenty of boozing and carousing on the tour, but somehow this generated a centripetal, rather than centrifugal force, binding the squad closer together, rather than ripping it apart, as it had done the winter before in the West Indies.

The Australians scraped a win in the final Test, which probably saved Border’s job, and the team went on to achieve great things under him. But for England, bad luck, bad management, and age meant that the team was soon broken up.

Looking at the tour averages, it’s hard to trace in them England’s dominance. Broad and Gower’s numbers are impressive, and Gatting averaged a healthy 43. But Botham hardly scored a run after his first mighty knock. Small took 12 wickets at 15, but the other bowlers were taking their wickets at 30- plus, apart from DeFreitas, who had nine at almost 50 (which is a travesty, as he bowled well). For the Australians, Jones scored over 500 runs at 56, and six other batters averaged over 40. But England won all the key moments, each of those vital individual duels that determine the outcome of this beautiful, complex team game. 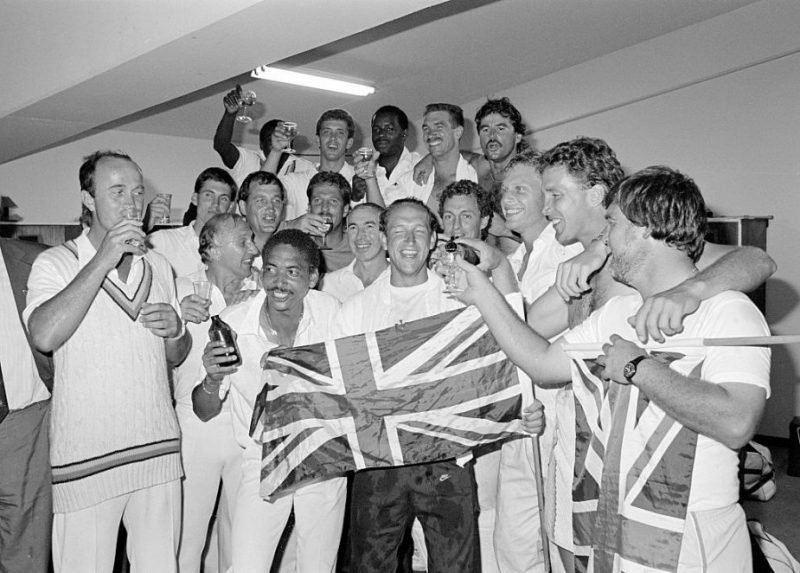 I’d followed the tour with a dedication to match England’s own. And, like Botham and Gatting, it was to be my own swansong as a cricket obsessive. I never again cared so much about a series. When England next won the Ashes, in 2005, I was delighted, but my happiness was superficial. Back in 1987, I’d felt that my fate really did depend on Botham and Gower and Gatting and the rest of the boys.

As it happened, a new family of drugs had been developed that could zap the cancer. The wounds healed. I played for another couple of seasons for the local team, but then drifted to London, and away from the game.

But still, in repose I think of Botham and his absurd mullet, and of Gatting’s high-pitched whine and jutting beard; of Gower’s grace, and Gladstone Small’s neckless brilliance, and Edmonds’ flight, and Athey’s grit, and of how they kept me alive in the winter of 1987.

This article first appeared in issue 19 of Wisden Cricket Monthly.