The great Martin Crowe died in March 2016, aged just 53. In 1983, Paul Smith, later of Warwickshire, shared a room in London with the teenage Kiwi. Both were on the MCC groundstaff. “Even then we knew he was special,” he writes.

But the MCC YC team of 1981 was different. As well as future Australian Test players, Wayne Phillips and Tim Zoehrer, we had several guys who went on to enjoy decent careers in the professional game. And we had an 18-year-old from New Zealand. Martin Crowe. We more than competed.

I shared a room with him in Hampstead. The first night I asked: “What do I call you?” “They call me Hogan at home,” he replied. So Hogan it was. For both of us, it was the first time living away from home. Occasionally my roomy might be prickly and need some space. He wasn’t a pub person and he stayed in more than his teammates.

In an entire summer together we only listened to three cassettes. Crisis What Crisis and Breakfast In America by Supertramp and The Best of Free. Always at full blast. Our neighbours must have hated us. Sometimes we’d take the underground to Leicester Square and roam around Soho. Crowie loved London.

It was an Ashes summer and one day, with Lord’s filling up, we decided to stroll into the middle to see what it was like. He wanted to play there – we both did, we’d spoken about it often. Within weeks, we were picked to play there against an MCC XI. Hogan announced his arrival with a classy hundred.

Within weeks Martin had scored a century against Worcestershire at New Road. Their bowling attack was experienced and Ricardo Ellcock bowled quick and rattled a few. But Crowie was outstanding. He had an imposing physical presence and yet batted with finesse and had loads of time to play the ball. 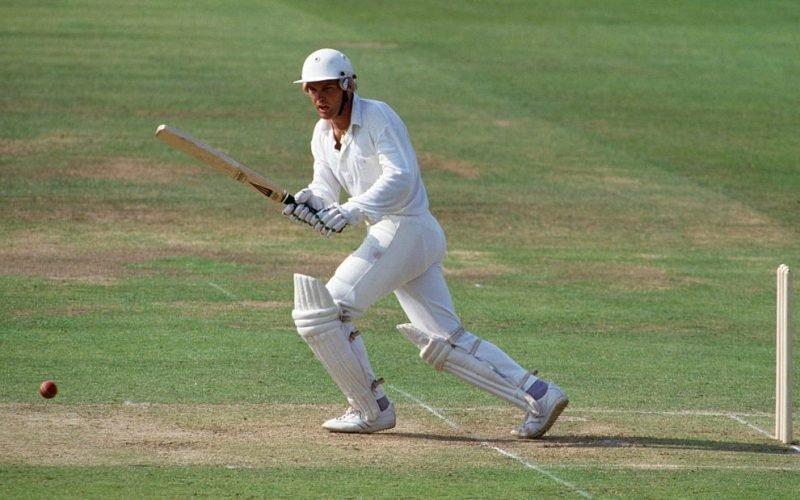 Even then we knew he was special. Andy Wagner, our assistant coach, said: “Martin was the best I’ve seen at that age. He was very mature and towered over other players. Don Wilson, the head coach, took him up north at weekends to sub pro in the leagues. He scored a hundred in his first game and was in demand thereafter. He was destined for great things.”

One morning, having dragged ourselves from Hampstead to Lord’s, we were on bowling duty for the Middlesex batsmen, Mike Brearley et al. They had recently signed Jeoff Thomson, and that day Crowie and I watched from side-on as Thommo bowled at a set of stumps in an empty net. We laughed at the ridiculous pace the Australian generated off just a few paces. And it really was a few paces. Little did we know that, just a few months later, my roomy would be facing him and Dennis Lillee in a Test match. 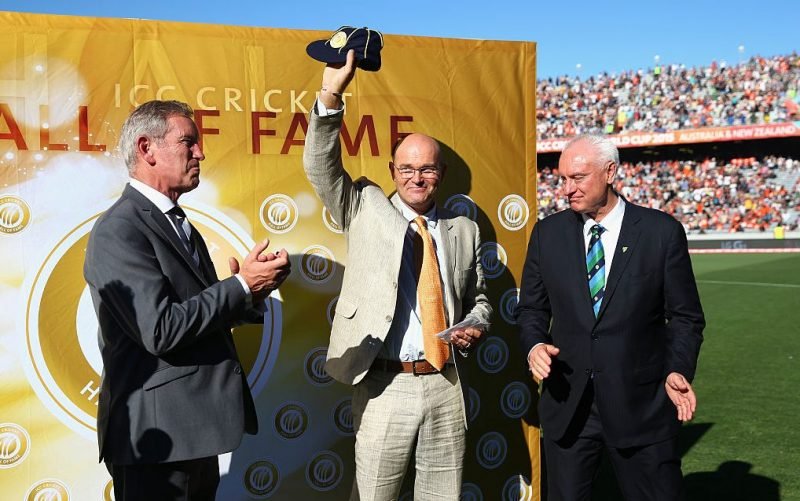 As this summer unfolded it became apparent that Martin was helping many of those around him. Graham Austin, a talented left-arm spinner, was one of them. “I went to Lord’s as the best young spinner in the country,” Austin recalls. “But then I got the yips and lost the confidence to release the ball. One day Crowie found me bowling alone in the indoor nets. After we talked, he turned off all the lights and said, ‘Bowl and imagine your action when you’re performing at your best’. We did three sessions in total. No one knew about them; it was just him, me and the dark. Within two weeks I was bowling with confidence.”

Paul Crump, a thalidomide victim, was having technical problems batting against the higher quality of bowling he was now facing. “Crowie took me for coaching sessions,” he said. “Just the pair of us. He altered my stance and grip. It felt awkward. But a few days later Crowie captained the side at Northwood CC and told me to open the batting and not alter what we had worked on. I smashed it. When dismissed just shy of 70 my opening partner was hardly into double figures.” A few years later Crump was playing for the Somerset second XI when Hogan was the club’s overseas player. “He came to watch me bat,” Crump recalls.

He was a young man of few words, really. In a game against the Army at Sandhurst, Hogan chirped a batsman who didn’t fancy my bowling. “Not very brave, are we soldier?” he said. We needed only four to win when the tea break came. His request to play on and finish was met with a firm “no” from an unimpressed Army skipper. Crowie laughed. “I haven’t come over here to make friends, mate,” he said.

Crowie, like the rest of us, was having the time of his life at Lord’s. Nobody was earning much – £45 per week if memory serves – but we were young and keen and full of hopes and dreams. We were still at the stage where we enjoyed the travel, be it on buses or trains or, if we were lucky, Richard Haynes, our opening bowler, would give us a lift in his Austin 1300. It had a rear seat that wasn’t attached and many times we were thrown around as Haynsey hit the brakes. Happy memories.

At the season’s end, the MCC Young Cricketers dispersed around the world. It was obvious to everyone that Marty was destined for greatness. I was fortunate that our paths were to cross often.

One summer he scored 206 not out against Warwickshire. The pitch was hard and cracked and our attack included Allan Donald. But Martin was different class. At the close of play, he did shuttle runs in front of the pavilion. Later we discussed his 188 in the Guyana Test. His response was that the tour had been disappointing. “The hundred was good,” he said, “but the gap between scores was too big.” He paused. “Mate,” he said. “I was slack.” He didn’t mention the bowling attack contained Michael Holding, Malcolm Marshall and Joel Garner.

Marty had so many qualities that I otherwise only saw in Bob Woolmer. Both embraced innovation, both had excellent communication skills, both had thoughts about development and progression that extended far beyond cricket.

The class of 1981 has lost four of its best: Don Wilson, Damian D’Oliveira, Neil Williams and now Martin. God bless you, roomy.