When people watch James Anderson bowl, they see the skill, the detail and the accuracy that goes into his work. They see a man so successful at what he does that his achievements are now close to becoming unrivalled by any other seam bowler in Test history.

What most may not see, however, is the pain and discomfort Anderson goes through to achieve such greatness. His left shoulder, due to his workload across 17 years of international cricket, has been a problem for a long time now. It forced him to miss the 2016 tour to Bangladesh, and meant he had to take a six-week break from cricket following the Pakistan Test series in June. In the build-up to the current series against India, Anderson only played a specially arranged second-team match and one first-class game.

The reality is, for however physically fit Anderson may be, such a shoulder problem means his workload has to be managed very carefully. As we know, Anderson has not played a one-day international since England’s disastrous 2015 World Cup campaign and his appearances for Lancashire are now limited. Much like Roger Federer’s smart management of his game time on the tennis court during the twilight of his career, Anderson aims to now play mainly on the biggest stage in order to prolong his career. He protects his body and his shoulder, in particular, to perform at his highest level in the Test arena.

The way Anderson gets through gruelling Test matches? Painkillers. He takes ibuprofen before he bowls and it has the desired effect. In January, the 36-year-old explained in a Telegraph article how he manages his shoulder pain. “There have not been many occasions when I have bowled pain-free and generally you are not 100 per cent,” he wrote. “I think I have got a decent pain threshold. That helps.” 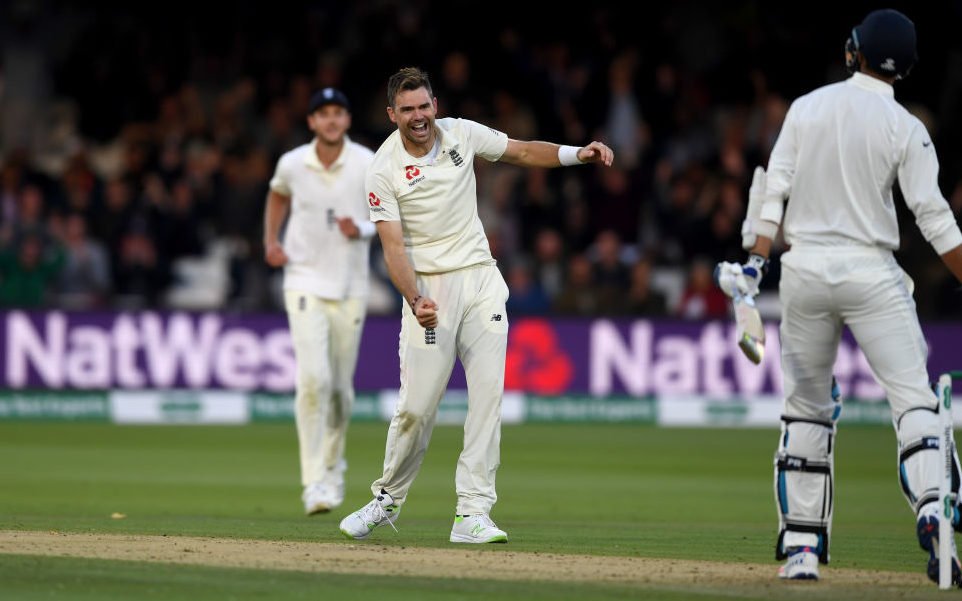 Anderson then wrote about his physical struggles during life off the field. His shoulder is sometimes in such pain that getting off his seat after a long flight can be a struggle. Even brushing his teeth and putting on a t-shirt in the morning proves difficult. “It is just about working with the physio and doing exercises with a rubber band to keep the joint loose and the muscles around the shoulder strong,” he explains.

So, taking into account such issues with his shoulder, the consistent form of Anderson remains nothing short of remarkable. He is an extraordinary bowler. One who is a batsman’s nightmare in swinging home conditions, and another, when travelling abroad, who will give the opposition no time to relax. His skill is often underestimated by people who believe he is just a bowler for English conditions.

Lord’s however, is a real stomping ground for Anderson. And those at Lord’s on Friday and Sunday would witness an artist at work. A bowler who, even towards the end of his career, still knocks over some of the world’s best batsmen for fun. Such form saw him pass 100 wickets at Lord’s – just the second man to reach a century of wickets at one ground after Muttiah Muralitharan (SSC, Galle, and Kandy). 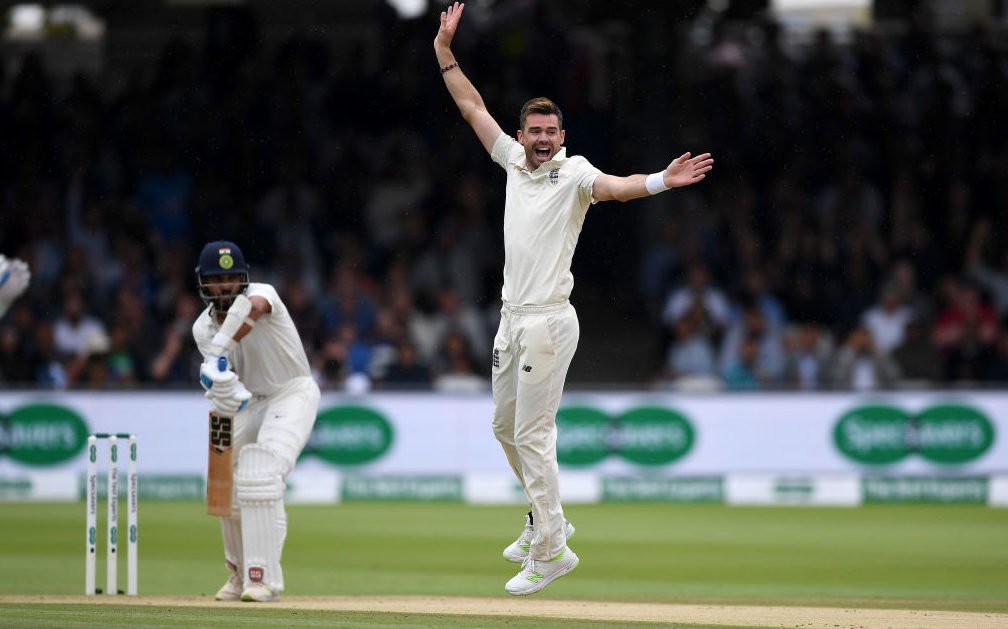 Perhaps what is more remarkable about Anderson’s procession of wickets in England is that batsmen still have no answer to him, despite generally knowing what’s coming their way. The majority of balls will swing away, looking for the outside edge, with the odd inswinger coming as the surprise ball. Yet, such is the skill and accuracy of Anderson, batsmen still look bamboozled. At Lord’s, Murali Vijay, KL Rahul, and Kuldeep Yadav all fell to the trickery of Anderson twice in the match.

Another remarkable feature of Anderson’s career is that he seems to be getting better with age. His first 44 Test matches, when he focused more on pace than control, yielded just 148 wickets at an average of 34.85. However, his next 96 matches have returned 405 wickets at 23.90. His mid-career change in preference to prioritise swing and control has helped turn him into the perfect bowler for English conditions.

Yet, in conditions unfavourable for swing and seam, Anderson has found a Plan B

Anderson’s record away from home isn’t quite as good. He has 204 wickets from 57 matches at 32.58 apiece and a strike-rate of nearly 20 balls more than in England. Yet, in conditions unfavourable for swing and seam, Anderson has found a Plan B. By bowling a consistently immaculate line and length, he looks to tie batsmen down, if not draw them into a false shot. Interestingly enough, Anderson’s career economy rate away from home is 2.90, compared to 2.89 at home. Performances like the 2015 series against Pakistan in the UAE, where he took 13 wickets at 15.61 and at an economy rate of just 1.87, underline how well he can execute his plans away from his comfort zone. It is a huge part of what makes him the bowler he is today.

Related Story: Cork: England should have ‘one hundred per cent’ picked Anderson for second Test

So, as Anderson walked off the Lord’s pitch after spearheading another England win at Lord’s, all the pain in his shoulder seemed irrelevant. He is now just 11 wickets away from breaking Glenn McGrath’s Test record for most wickets by a seamer and, as a result, reaching immortality. It’s the sacrifice he has made for greatness. And no matter how bad the pain gets after he retires, it will all be worth it.