The T20I series against Bangladesh started poorly for India, but they come away with an impressive 2-1 victory in the three-match series after a 30-run win in Nagpur on Sunday, November 11.

It continued India’s dominance over their neighbours in the format – 11 T20Is, just the one loss – but it was a particularly noteworthy performance from a side missing several key senior players, with youngsters and fringe players given an opportunity. Most of them made it count.

We look at the players that impressed, those that didn’t, and the ones that need a bit of work.

Keep an eye on 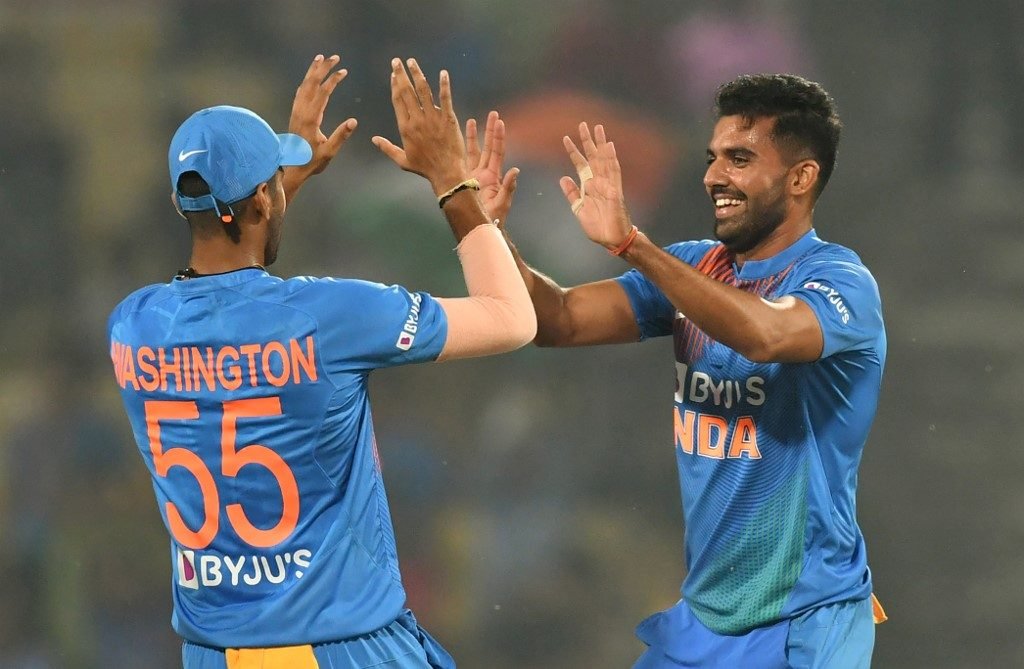 Deepak Chahar is switching gears ahead of the T20 World Cup

The Uttar Pradesh-born paceman has been around the set-up for a while now, having made his international debut in July last year, but you get the impression he’s slowly going through the gears these days, with an eye on the T20 World Cup next year.

Related Story: Watch: Bumrah removes both Stoinis and Pant in sensational IPL over

With regulars like Jasprit Bumrah and Bhuvneshwar Kumar absent, could Chahar lead the pace attack if called upon? Chahar’s answer was a resounding yes. He ended the series with eight wickets in three matches – the next highest is Aminul Islam’s four. Six of those wickets came in the final T20I in Nagpur as he returned record figures of 6-7. There was hat-trick too, in that bunch.

Chahar was stingy with the runs. His economy of 5.41 in three matches was by far the best, and while that is largely down to his performance in the final T20I, the fact that he gave away only 24 and 25 runs in the first two T20Is bodes well. During the series, it also became evident, increasingly, that he is no longer just a new-ball bowler. He can be relied on at any stage of the innings.

He will be a key figure in the build-up to the World Cup next year, and as of now, looks nailed on for a spot.

Shreyas Iyer shores up the middle order for India

India’s middle order, with Shreyas Iyer in there, has potential for devastation. Iyer displayed all his explosive hitting skills in the 33-ball 62 he scored in Nagpur in the final T20I, a knock comprising three fours and five sixes. It was an authoritative effort, but it wasn’t the first time he displayed his penchant for taking charge.

While scores of 24* and 22 in the first two matches don’t carry the same weight, look at the details: the unbeaten 24 came off just 13 balls, and it guided India to the target in Rajkot. The 22 came off 13 balls on a sluggish pitch in Delhi, after the top order struggled and there was a desperate need to accelerate.

Iyer has shown enough to be given a longer run in the side. 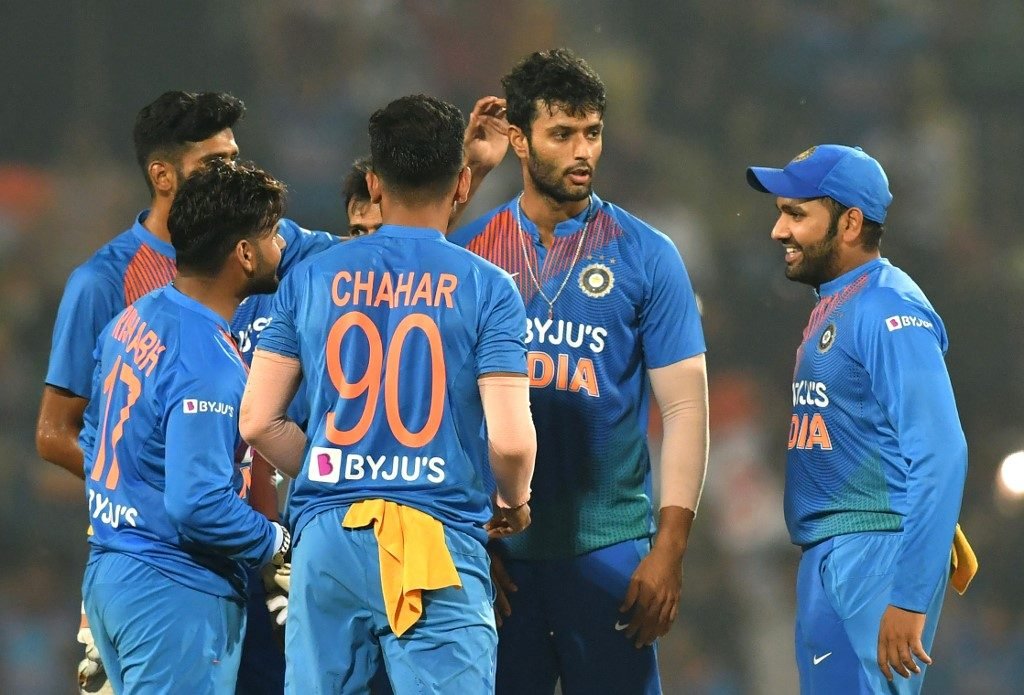 Shivam Dube was stellar with the ball in the final T20I

When the squad was named, it was Dube’s call-up that generated most interest. The 26-year-old all-rounder has had to wait a while for his turn, and finally got it when he was named in the squad in place of the recovering Hardik Pandya.

He has played in the IPL, although his chances were limited with Royal Challengers Bangalore earlier this year. Consistent performances in domestic circuits as well as with India A helped him take the step up, and ensured there was something of a buzz ahead of Bangladesh T20Is, what with Dube coming with a reputation for being a six-hitter.

He didn’t hit sixes against Bangladesh – he scored 1, 0 and 9* – but his value as an all-rounder was driven home when in the final T20I in Nagpur, he took 3-30 despite dew making things difficult, dismissing Mohammad Naim, the half-centurion, and veteran Mushfiqur Rahim.

Genuine seam-bowling all-rounders are a valued asset in Indian cricket, and the hope is that for Dube, this is just the start.

A world record, a hat-trick, and a series-clinching win.@RD_Wisden charts the story of India's victory over Bangladesh in six balls. #INDvBANhttps://t.co/59pCivWEpn

The Tamil Nadu off-spinner is just 20, but made his international debut towards the end of 2017. He is still to really cement a place in the side. This series isn’t going to bolster his chances too much. Sundar’s returns were meagre: there was one wicket in three matches, although a five-ball 14* in the first T20I did help finish the innings on a high and boost the total.

What was commendable about Sundar came after the series, when he jetted off from Nagpur to Thiruvananthapuram to link up with his Tamil Nadu side in time for their Syed Mushtaq Ali Trophy clash (the domestic T20 tournament) against Uttar Pradesh the very next day. 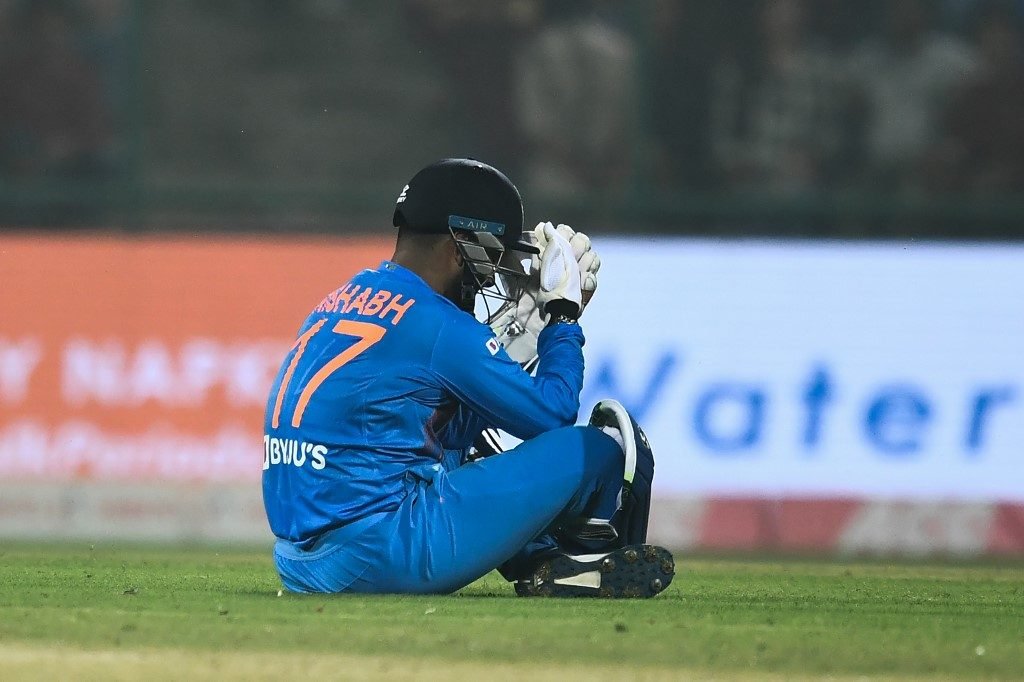 Rishabh Pant has been underwhelming in India colours

It’s unfortunate that Pant features in this part of lists more often than a player of his potential is supposed to. The wicketkeeper-batsman continues to underwhelm, and worryingly, it seems his poor form has extended to his wicketkeeping.

His reaction on Sunday after his dismissal – completely missing a big heave to be bowled – was telling as he smacked his bat on to his pads. It meant he was dismissed for 6 in his second outing in the series. He’d managed a staid 26-ball 27 in his other outing with the bat in Delhi.

Really happy with how tonight turned out.. It’s a special night for me, one I won’t forget.. thanks for all the wishes ??? #TeamIndia pic.twitter.com/9Z3m1Xr1OR

There was none of the explosiveness we’ve come to associate with Pant. Unfortunately for him, he’s been poor behind the stumps as well, the low point of his series being the stumping of Liton Das that was ruled not out, with the umpire ruling he’d collected the ball in front of the stumps.

All in all, he’s been under such a lot of scrutiny, his captain had to come to his defence. “I would request everyone to just keep your eyes away from Rishabh Pant for a while,” said Rohit Sharma.

Khaleel Ahmed first came into India reckoning as a potential point of difference as a left-arm paceman ahead of the 2019 ODI World Cup. He didn’t make the squad for the World Cup, but even as the experiment continues with an eye on the T20 tournament next year, Ahmed hasn’t really given the selectors much to think about.

In the first T20I in Delhi, he was sent in at the death with the mandate for killing the chase, but was tonked for four consecutive fours as Mushfiqur Rahim powered Bangladesh to a maiden T20I victory against India. He was even more expensive in Rajkot, returning 1-44, even as the rest of the bowlers restricted Bangladesh to 153-6.

He was a lot more economical in the final T20I, giving away just 27 runs in his four overs, but that’s far from sufficient for a player who has been in and around the squad for a while now.