Roshan Gede looks at the emergence of Mohammad Rizwan as a Test wicketkeeper and wonders whether we might have seen the last of Sarfaraz Ahmed in whites.

On a tough tour of Australia for a new-look Pakistan, Mohammad Rizwan’s performances might have been the biggest highlight. Of course, Babar Azam stood out for having finally come good in Test cricket, but he had already shown plenty of promise against the white ball.

Misbah-ul-Haq’s youth-centric approach meant that the head-coach-cum-chief-selector rang in the changes for his first away campaign in charge. However, the manner and magnitude of Pakistan’s defeats has left him with more questions than answers.

Amidst all that, Rizwan’s contributions ought to have pleased the team management. The right-hander aggregated 177 runs in four innings, including a sparkling 95 in the first Test in Brisbane. He succumbed to Mitchell Starc’s brilliance on the second evening in Adelaide, edging behind first ball, but showed his grit with a 103-ball 45 in the second innings.

Australia's fine home summer continues as they beat Pakistan by an innings and 48 runs to secure a 2-0 series victory ?#AUSvPAK pic.twitter.com/Cbbrph4IRG

It’s not the first time Rizwan has impressed in national colours. He notched up two centuries in an ODI series against Australia in the build-up to the World Cup, but was overlooked for the marquee event, with Sarfaraz Ahmed returning to take over wicketkeeping duties. That he batted at No.4, above the experienced Shoaib Malik and Umar Akmal, spoke volumes about the management’s trust in his abilities. Only Sarfaraz’s presence had kept him from an extended stint in the side. Now, with the former skipper axed, not just from the captaincy, but from the side altogether, the time is ripe for Rizwan to establish his presence in the side. 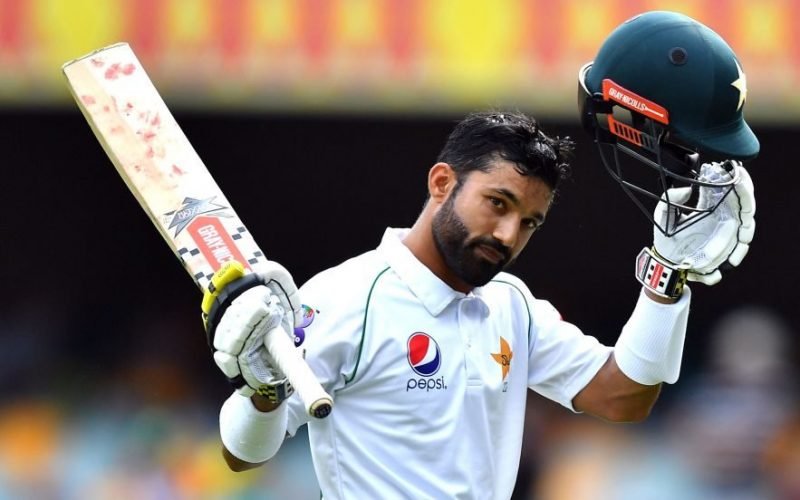 That doesn’t mean Sarfaraz will go quietly, however. As Pakistan struggled in Australia, miles away from the Antipodean shores, their former captain was making his presence felt, scoring 131 for Sindh against Western Punjab in the ongoing Quaid-e-Azam Trophy, Pakistan’s premier first-class competition. It was his first three-digit score in first-class cricket in five years.

“I was waiting for such big innings because it boosts your confidence,” he said. “Domestic cricket is the best platform for a player to regain his form.

“Sometimes, it’s good to have a break from international cricket. Domestic [cricket] allows you to be free from all kinds of pressure and concentrate on your form. I’m hopeful of making a comeback, but at the moment all my focus is on playing cricket at domestic tournaments and do well.”

"I’m hopeful of making a comeback but at the moment all my focus is on playing cricket at domestic tournaments and do well."

As a Test batsman, Sarfaraz has looked out of sorts for the last few years. His 94 and 81 against Australia in Abu Dhabi last year were far from a return to form. Rather, they were outlier knocks across a stretch of 24 games spanning three years, in which he averaged less than 30, leading up to his sacking. That Abu Dhabi Test remains the only occasion since 2014 in which he has scored more than 100 runs in a single Test. His last series, away against South Africa, fetched three ducks in six innings as his side was whitewashed 3-0. His position had become untenable.

But that alone could not justify his sacking. After all, his leadership credentials couldn’t be overlooked. This is the man who led Pakistan miraculously to their first Champions Trophy title, in England in 2017: a competition where youngsters such as Fakhar Zaman, Hasan Ali and Shadab Khan blossomed. Under Sarfaraz, Pakistan won ten consecutive T20I series between September 2016 and October 2018 to leap to the top of T20I rankings. That they still hold their position, despite having lost each of their last six completed games, only emphasises the quality of that run. 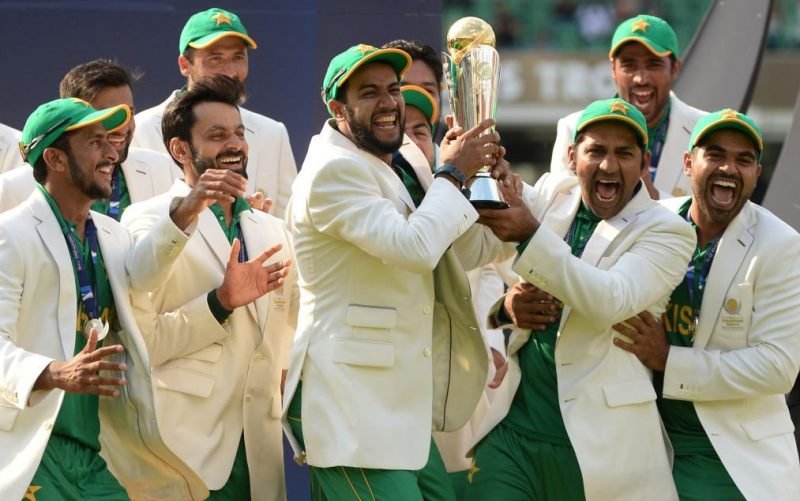 However, the World Cup, where Pakistan exited after the first round, and the lead-up to the tournament, where they lost nine completed ODIs in a row, drew severe criticism of Sarfaraz’s leadership, personal performances and fitness levels. But newly appointed Test skipper Azhar Ali has done little to justify the change in leadership, with former Australia captain Ricky Ponting rating Azhar’s efforts in Pakistan’s series against Australia “terrible”.

“He just looks like he’s a long way off the mark,” Ponting told cricket.com.au. “He’s only captained 16 first-class games in his life, so he’s a young captain in charge of a young bowling team, and they look like they just need a bit more experience at the helm.

“It’s obviously not the most skilled bowling attack of all time. But that’s where you need the captain to be able to help out and set certain fields for you, and tell you exactly what he wants you to do as a bowler. It doesn’t look like they’ve had that direction out on the field.” 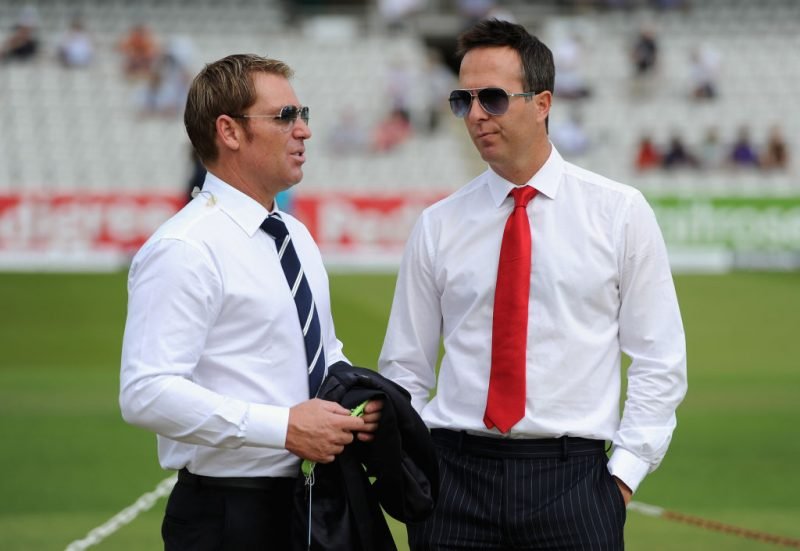 Azhar is also woefully out of form, averaging less than 30 since the start of 2017, and without a half-century in 11 innings. Establishing yourself as a captain while rediscovering yourself as a batsman is a huge ask, and, with hindsight, Sarfaraz’s presence might have lightened the load.

“Sarfaraz is a tough cricketer, and so is Rizwan,” said Michael Vaughan on air during the Adelaide Test. “Pakistan made huge changes, with the head coach changing and then the changes to the team. I think you cannot perform if that many changes are made in quick succession.”

"I would have personally liked Sarfaraz and Rizwan to be on the same team. You can play Rizwan as a specialist batsman just like how England has done it with Butler and Bairstow."

“Pakistan are missing the experience and leadership of Sarfaraz,” echoed Shane Warne. “I would have personally liked Sarfaraz and Rizwan to be on the same team. You can play Rizwan as a specialist batsman, just like how England has done it with Buttler and Bairstow.”

Rizwan’s promise with the bat against a top-quality attack, and his efficiency behind the stumps, have ensured him a longer run in the Pakistan side, while for Sarfaraz, it will take more than a single hundred to re-stake his claim. There also remains a sense that a change in approach from the management will be necessary too.

They might do well by recalling Sarfaraz’s World Cup debut, back in 2015. Pakistan had lost heavily to India and West Indies in their first two games and had only narrowly squeezed past Zimbabwe to register their first win, with poor top-order from and dropped chances behind the stumps a feature of their struggles. Sarfaraz made an instant impact against South Africa, where he first scored a run-a-ball 49 while opening the batting and later snaffled six catches behind the wicket, including a one-handed stunner to dismiss Hashim Amla, to provide the game’s decisive twist. An unbeaten hundred in the next game, against Ireland, ensured Pakistan of a quarter-final berth.

Pakistan needed a spark then, as they do now. Whether Sarfaraz can show, with bat and with his words, that he could be the man to ignite them once more remains to be seen. So too does Misbah’s willingness to give him another shot.