David Warner’s triple hundred against Pakistan at the Adelaide Oval reaffirmed his place among the world’s best in Test cricket, but no sooner had Australia captain Tim Paine declared than some began to question the quality of his innings.

For some, the records set by Warner were diminished by the struggles of Pakistan’s bowling attack, which has broken the wrong sort of records this series, while others decried Warner for scoring too many runs – one too many, to be precise, with Warner’s 335* exceeding Don Bradman’s Test best of 334 – a sacred score among the Aussie faithful – by the barest of margins.

However others still have pointed out, with some justification, that it’s rare for a triple century to be scored in trying batting conditions against a world-class attack, and therefore that anyone who achieves the feat has done something special. Brian Lara drew criticism after his 400 not out in Antigua in 2004 for batting on too long, denying West Indies the chance to press for victory against England, while you’d be forgiven for forgetting Younis Khan’s 313 against Sri Lanka at Karachi in 2009, in a game in which just 18 wickets fell and two other double hundreds were scored.

Still, there are some special triples in which players have had to defy tricky pitches, challenging bowlers, or high-pressure match situations to achieve something which transcends even the achievement of notching a ‘3’ in the third-from-left column. Here are five of the best triple hundreds to have been made in Test history:

The famous innings which Warner surpassed by a single also stands as the only instance of a batsman scoring 300 runs in a single day of Test cricket. While we know now what Don Bradman would become, at 21, 1930 was the year the Don announcing himself on a grand Ashes stage in just his fifth Test, displaying the insatiable appetite for runs which would see him rack up 12 scores in excess of 200. 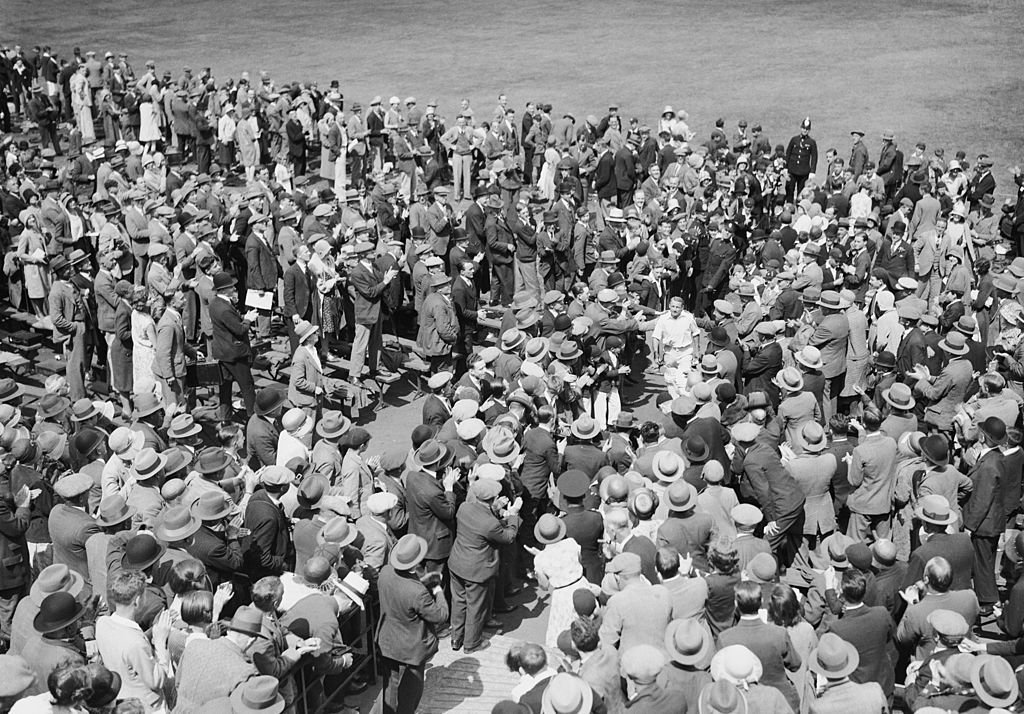 His rapid triple bettered his 254 in the previous game at Lord’s, while the rate at which Bradman scored belied Australia’s position when he started out, with the No.3 having come in at 2-1. That only one other Australian scored more than 50 showed how far ahead of his peers Bradman was.

Hanif Mohammad’s 16-hour marathon – still the longest innings in Test history – stands out for the remarkable doggedness the batsman showed to save the Test for Pakistan, against an imposing West Indian attack. Late on the second day of a six-day Test, Pakistan were already into their second innings, having been asked to follow on after managing just 106 in response to West Indies’ first-innings score of 579-9.

Trailing by 473, the tourists needed to bat for over three days to salvage a draw; few gave them a hope. But Hanif was unbeaten at the close of the second day. And on the third day. And on the fourth day. And on the fifth day. All this despite gut-wrenching heat in which the man dubbed ‘the Little Master’ ran 193 of his runs.

He was eventually dismissed on the sixth morning for 337, having saved the game, and laid down a marker that, despite being only half a decade into their time as a Test nation, Pakistan wouldn’t be easy to beat. 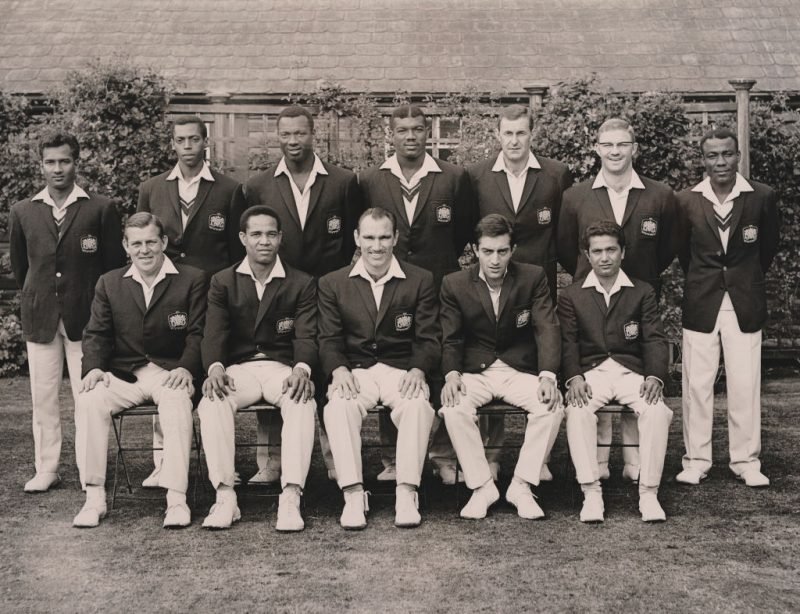 Another occasion of a youngster staking a claim for greatness, a 21-year-old Garfield Sobers ensured Hanif Mohammad’s world-record 337 didn’t even last the series, racking up 365*, a score that would take over three decades to be bettered. After failing to notch a century in 14 Tests, Sobers turned his first century into a mammoth knock. He remains the youngest to bring up the milestone.

Despite their relative inexperience, Pakistan had already shown they weren’t to be taken lightly, with Fazal Mahmood claiming 12 wickets in his second Test, and they would claim a historic innings victory in the final game of the series. But with a dazzling display of strokeplay, Sobers made them look like club bowlers.

Hashim Amla is the first, and so far only, South African to notch up a Test triple ton, pillaging 311 runs against a top-class England attack – all of Stuart Broad, James Anderson, and Graeme Swann are among the best their country has produced – at Headingley in a series which would decide who would claim the coveted No.1 spot in the ICC Test rankings. 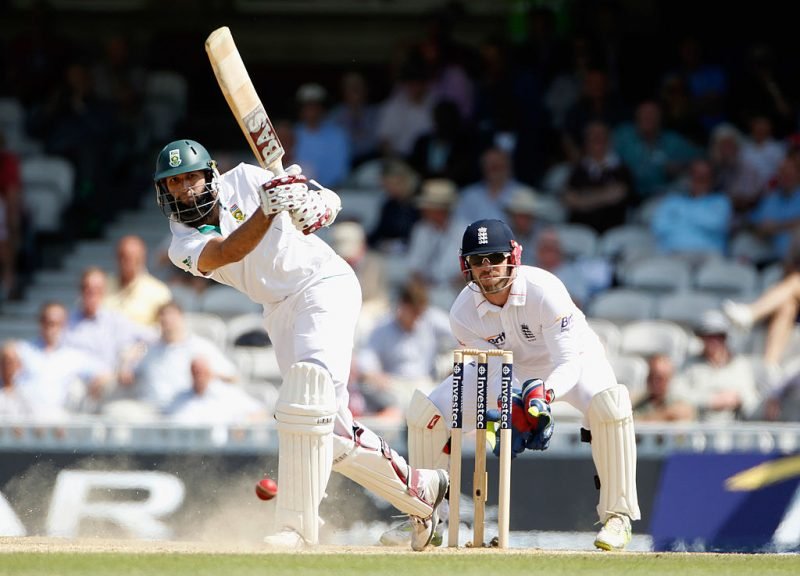 Walking in at 1-1 in response to England’s 385, Amla batted close to 800 minutes, first enjoying a 259-run stand with Graeme Smith, and then an unbeaten 377-run marathon partnership with Jacques Kallis, who himself scored 182*. Amla’s deconstruction of Swann in particular was complete, with the South African moving across to off stump and tucking the off-spinner into the leg side ad nauseum. England, simply put, had no answer, and Amla would go onto make another century in the final game of the series as South Africa secured a landmark series victory.

One of the best rearguard triple hundreds came from an unlikely source, with Brendon McCullum more well known for his belligerence from ball one rather than his backs-to-the-wall blocking. In this instance, the former New Zealand skipper had little other option. His side had been skittled for 192 before facing a lead of nearly 250 when they began their second innings late on day two.

When they slipped to 94-5 before the game’s midway point, an innings defeat seemed on the cards, and a defeat of some sort inevitable. But McCullum set his stall out, putting on a then-world record stand of 352 with BJ Watling and a hefty 179 with Jimmy Neesham. His triple hundred was New Zealand’s first in Test cricket, and a knock which helped the man rated as New Zealand’s greatest, Martin Crowe, “let go” of the disappointment of having been dismissed for 299 against Sri Lanka in 1991. Some fancied a tear in the eye caused the dismissal which stopped him from going even further, but he could be forgiven for it considering the scale of the achievement. By Ben Gardner