Ben Gardner looks back at the drawn series between England and Pakistan in 2016, which was anything but a bore.

This was a summer when cricket could have faded into the background. Competing for column inches with the Olympics as well as twin European knock-outs – Brexit at the hands of the over-65s, and the Euros at the hands of Iceland – and with a schedule lacking the big names of Australia, India, or South Africa, the lasting memory of leather on willow in 2016 could easily have been this tweet.

Instead, Pakistan and England engaged in a closely fought Test series which will live long in the game’s consciousness. Both sides came into the series in some sort of form. England had lost just one Test series out of seven, beating the No.1 side in Test cricket, South Africa, away from home in the process. That loss, however, came against Pakistan, who came into the series ranked No.3 in the world and hoping to finish it quite a bit higher than that.

Mohammad Amir’s return to Test cricket came at the same ground he’d deliberately over-stepped at, and his final wicket would put a heartwarming finish on an emotional game which threw up a number of defining performances. 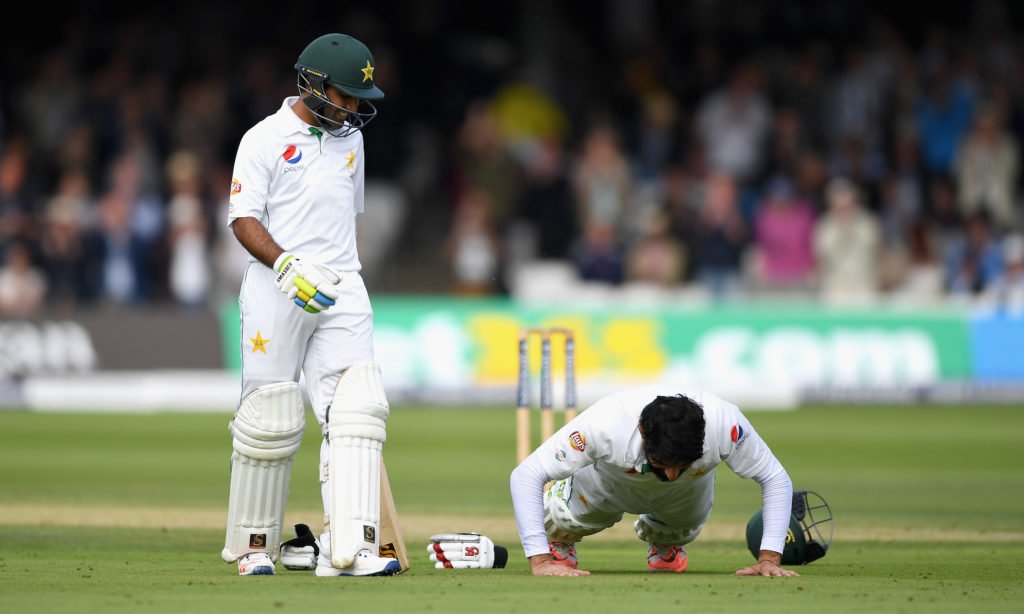 The hard work pays off

The most compelling passage of play came via Wahab Riaz. In pursuit of 283, England were still just in the hunt at 193-6 when the Pakistani paceman’s barrage of bouncers unsettled Jonny Bairstow just enough for Yasir Shah to strike at the other end.

Shah and Chris Woakes, embarking on what seemed at the time a breakthrough summer, dominated with the ball – the Pakistani taking 10 wickets to the Englishman’s 11 – and both chipped in with the bat in a game where contributions proved crucial.

But the most significant innings came from Pakistan’s captain Misbah-ul-Haq. Aged 42-years-old and playing his first game in England, he set the tone with a first-day hundred, and provided the series’ enduring image with the 10 push-ups he reeled off after reaching the landmark.

“In the first Test against Pakistan I played two really bad shots to get out having got starts, so for me there were plenty of things to prove – to myself more than anyone else,” Joe Root told Wisden ahead of this series. “I wanted to contribute to that series and the summer of cricket. I hadn’t done it up to that point, and I remember going away and working really hard doing strong drills on things that were relevant and that I needed to work on, and going out there and being really ruthless in executing what I wanted to do. 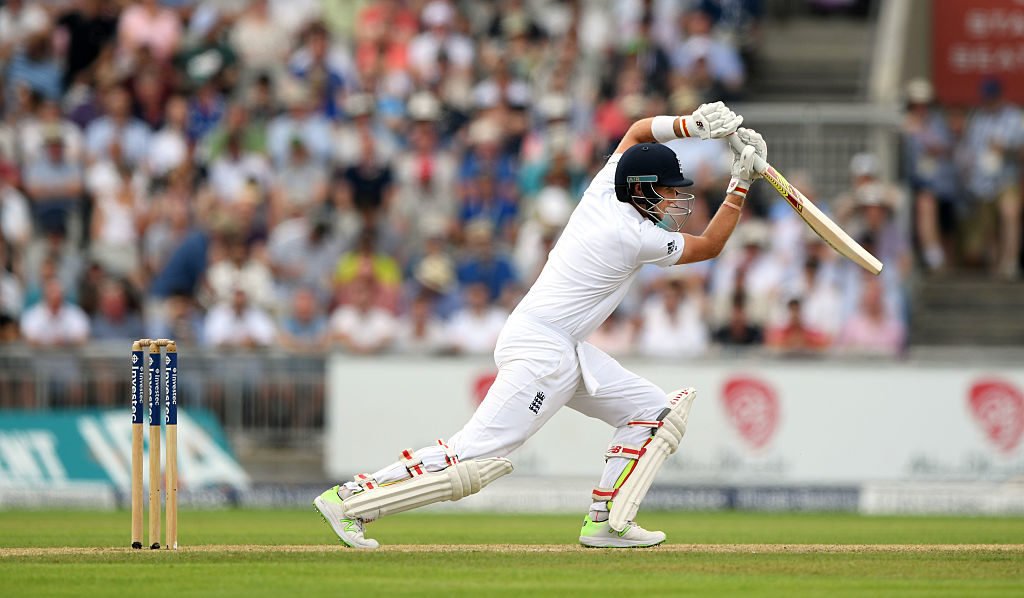 “I left really well outside off stump – I felt I had been ‘got out’ a lot by left armers before that and found a way to negate that, which was important, and gained a lot of confidence for rest of series and beyond when facing left armers – and generally played risk-free cricket for most of that innings. I remember getting to 100 and being so frustrated at the way I’d played at the start of the summer and thought ‘this is my opportunity to make it really count and make it a really big score’ and I managed to do it that day. I felt in good touch as well, which helps. My feet were moving nicely and it all came together.”

That is close to the story of the match as England’s current captain strung together his most complete innings – a totemic, chanceless 254 – and Pakistan wilted as a result, with Woakes taking another seven wickets. Despite the eventual thumping margin – 330 runs with more than a day to spare – and a first-day century Alastair Cook still managed to draw criticism for after not enforcing the follow on. Some people are never happy.

Though it lacked a marquee solo performance, the advantage pendulum swung further during the third Test than the first. Initially Pakistan wrested the advantage, with Sohail Khan’s five-for dismissing England for 297 and Azhar Ali’s century extracting a lead of over 100.

Then England clawed it back through as close to a complete batting performance as they have had for some time before or since – each of England’s top seven tallied more than 80 runs for the match, with only James Vince among them failing to pass fifty, caught at second slip in both innings for 39 and 42. 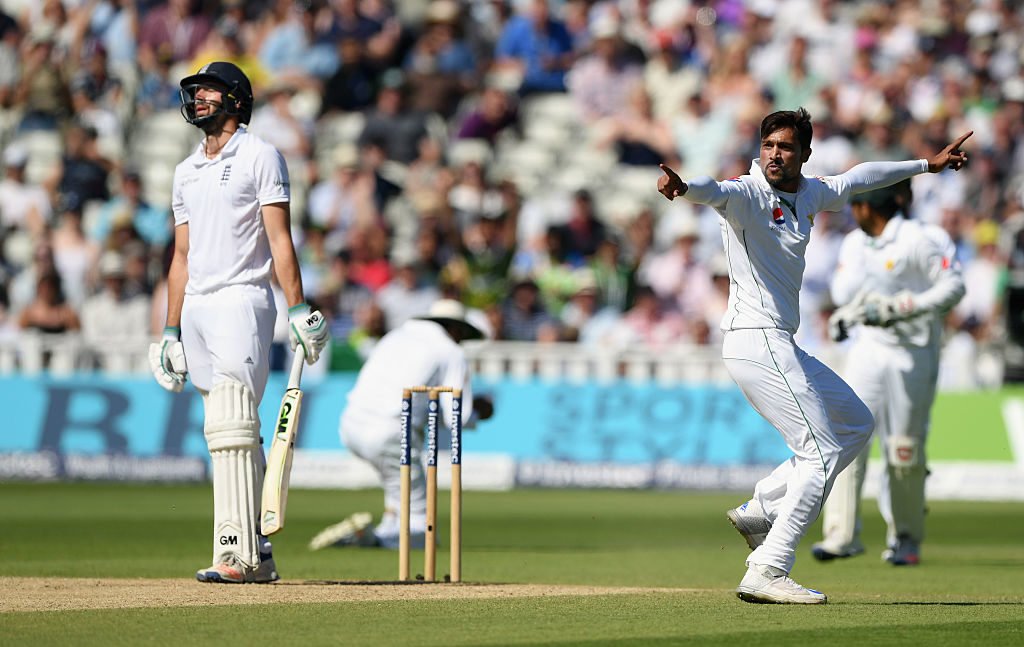 The match turned on a joyous sixth-wicket stand in which Bairstow and Moeen Ali added over 150 in under 30 overs, but still at Lunch on the final day, when England needed nine wickets for victory, a draw looked most likely.

By Tea it was all over bar an hour of tail-end slogging, the result confirmed by a middle-order collapse of 4-1 – a Steven Finn beauty to nip out Misbah, Asad Shafiq and Sarfraz Ahmed both falling for 0 to the ubiquitous Woakes, and Sami Aslam leaving one which he definitely shouldn’t have. 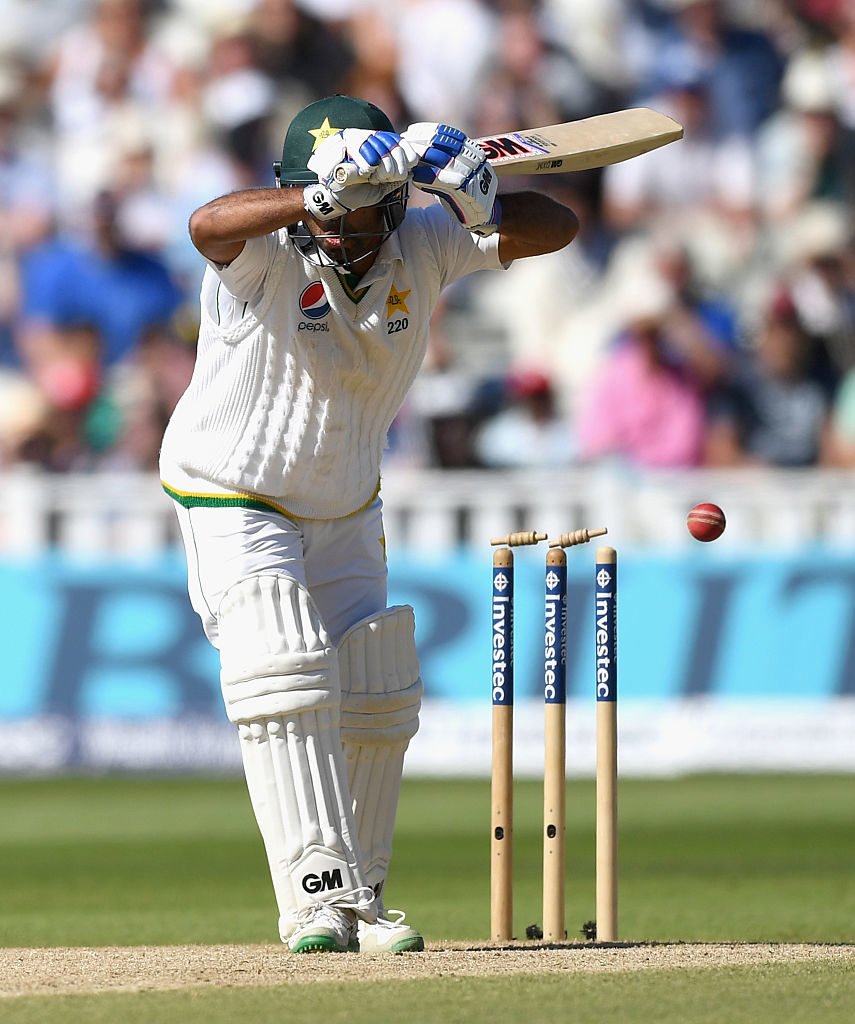 Pakistan entered this game knowing that a win might just make them the world’s No.1 ranked Test side, and they played like a team determined not to let the chance go begging.

Younis Khan had been much-mocked throughout the first three games for his idiosyncratic technique – all hops, skips and jumps and little permanency – and a top score of 33 in the series suggested another lean game could be his last. Instead, he put on a masterclass – his 218 confirming he would retire on his own terms, 10 Tests and two more centuries later. 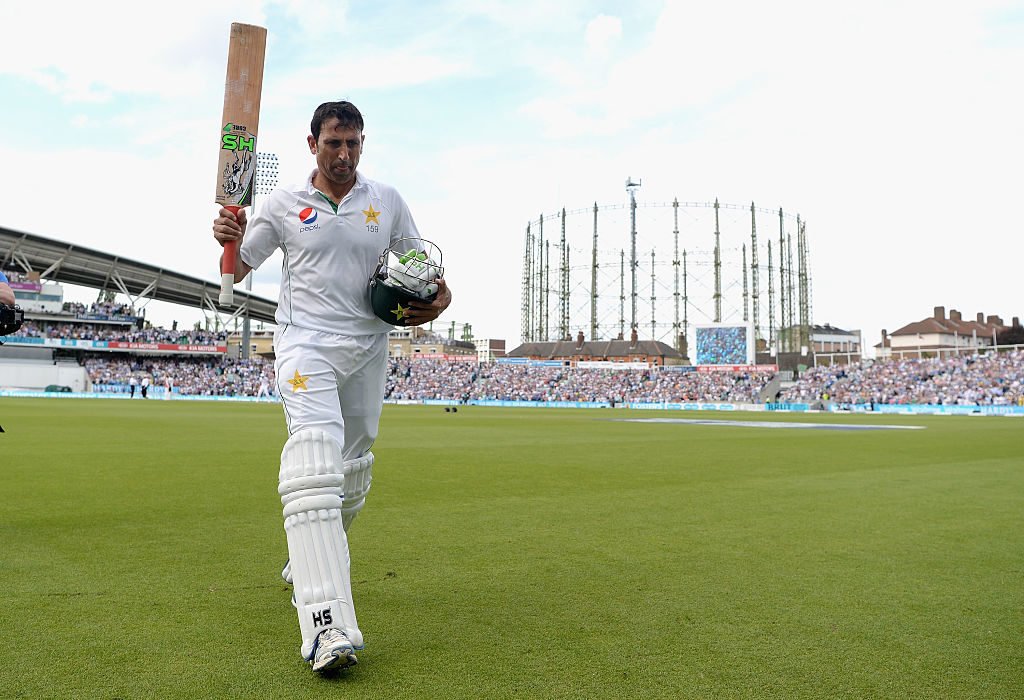 A legend soaks in the applause

He and fellow centurion Asad Shafiq, who’d looked the part all series without delivering, made England’s Moeen Ali-inspired 328 look miniscule by comparison, and another five-wicket haul for Man of the Series Yasir Shah gave Pakistan a token target and a share of the spoils.

The results aligned – Sri Lanka whitewashing Australia and West Indies holding India to a draw at Port of Spain – and Pakistan were installed as the No.1 Test side in the world, having not played a game at home for almost 10 years. After the push-ups, Pakistan’s hard work had paid off.