India, hot-headed pundits should have appreciated after Lord’s, may have the potential for world dominance that only the Windies and Australia have ever achieved, writes Scott Oliver.

India bussed it down to Trent Bridge on day five of the third Test with one last nail to drive into England’s coffin. It was duly hammered home by Ravi Ashwin to give the visitors a clinical 203-run victory, just their seventh Test success on English soil and one to end a run of nine defeats in 11 games encompassing the last two tours under MS Dhoni.

To say that certain sections of the English punditariat would have been marginally surprised by the fact let alone the nature of India’s win here – they have been ahead of the game since Rahane and Kohli batted undefeated through the afternoon session on day one, and have only been vexed at one stage since: when a subdued Stokes and Buttler replicated their feat on day four – is something of an understatement. Indeed, in the wake of England’s thumping victory at Lord’s, effectively achieved inside two days, one esteemed former England captain and media provocateur opined from his platform on Channel 5’s highlights that India’s dependency on Kohli and seemingly incurable fallibility against the swinging ball left him unable to see how they would win a game all series. That is, it left him unable to see beyond the end of his nose, which isn’t an optimal optical situation for a cricket analyst. 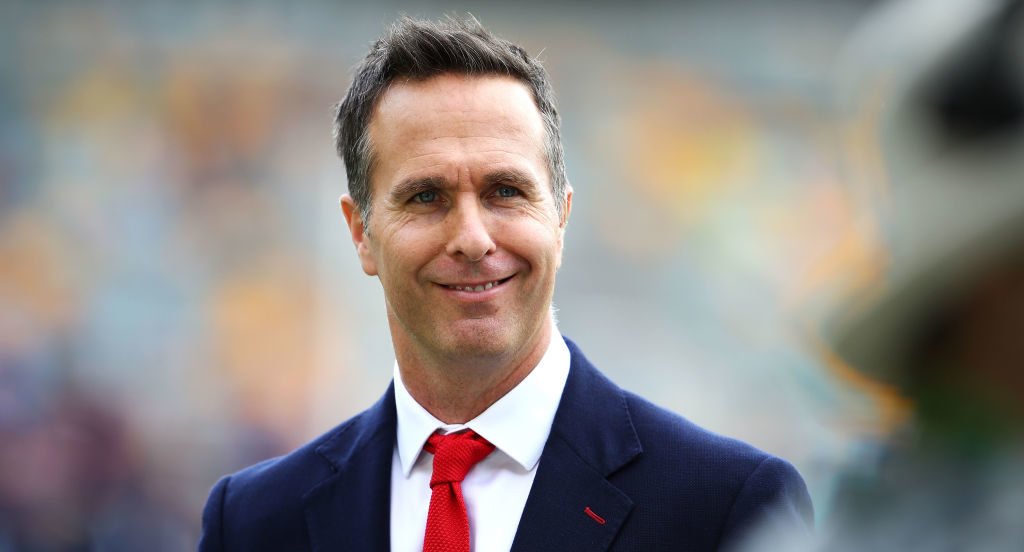 Of course, pundits these days aren’t really accountable for their words, as it’s all soon tomorrow’s virtual chip paper, ephemera floating off into oblivion, mulched into the cultural compost. Michael Vaughan’s reinvention as a media provocateur little renowned for weighing nuance and complexity before providing some ‘passionate’ drive-time talking points to help with the tabloidal simplification of things means he’s forever playing up to his persona. Not a man to die wondering with a bold opinion to be offered, the shtick seems to go with the territory. He is, after all, in the opinion game – and PC sensibilities prevent me from inferring that the county he hails from may have anything to do with his more sledgehammer observations – but for a captain so widely respected for his cricketing nous, he ought to be vaguely embarrassed when such assessments miss the mark so badly – certainly for the shonky ‘methodology’, looking at a one-sided result and seeing everything leading up to it as an inevitable causal procession, and perhaps also for the vague whiff of triumphalism and arrogance flavouring his remarks.

Not that he’s unique among the sports commentariat in allowing his emotions – his desires and dispositions – to get the better of his judgement (Exhibit B: the caricatured controversialist, RGD Willis), nor that sports pundits are the sole culprits when it comes to wishful thinking masquerading as cold-blooded analysis. We humans aren’t as rational as we like to think, and keen observers of the last couple of years in British politics will have found it hard to avoid examples of overblown, baseless optimism and unadulterated fantasy standing in the place of reasoned judgement.

Pundits these days aren’t really accountable for their words, as it’s all soon tomorrow’s virtual chip paper, ephemera floating off into oblivion, mulched into the cultural compost

The mechanics of all this are straightforward: naturally, we want our sports teams (and individuals) to reflect well on the culture, to represent us well, and precisely because we want it so much, come the first sign of being half-decent at something, the first glimmer of success, the temptation arises for the punditariat to flick the switch and give free rein to the previously inhibited desire to gloat. (Indeed, many other countries think Britain exceptional at this, which is perhaps not something to boast about…)

It may work well as captain to talk your team up – although, even here, skippers are best served keeping their team vigilant of danger and warding off complacency – but punditry is a dish best served cold. More importantly, just as with a historian, the sober assessment of how a cricket match turns out the way it does requires a fundamental grasp of how it might all have turned out differently. Sliding Doors. You don’t start with the result and then force everything leading up to it into its framework of inevitability; you follow the sequence, flag up the turning points, the moments of luck and inspiration, the way one event boosts or diverts another (the beating butterfly wings of Chaos Theory). And cricket, with its ever-changing underfoot and atmospheric conditions, is uniquely complex in this way among sports. 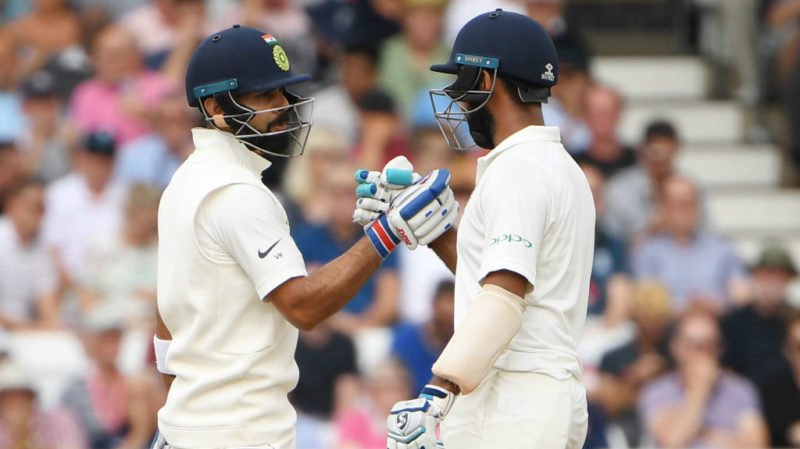 So, one can recognise that India struggled mightily at Lord’s, caught in the eye of a perfect English storm, without writing them off completely. Surfaces can be scratched, deeper realities – contingencies – can be teased out, what-ifs explored, before the hard certainties are pumped out. What might have happened had India won the toss (and of course, India, perhaps overly desperate to throw a punch back after the narrow loss at Edgbaston, got their selection badly wrong by picking Kuldeep over a specialist third seamer, which served only to crowbar open the apparent gap between the teams)? Sure, they may still have lost, but the margin might have been significantly less, which in turn might have softened the edges of the most damning verdicts.

Stuart Broad isn’t necessarily disposed to overstatement, and he reckoned England would have rolled any team in the world the way that they exploited the conditions. It’s hard to draw wider inferences from such passages of play.

Perhaps it’s a case of what the psychologists call “recency bias”, yet it seems people hastily proclaiming after Lord’s the one-sidedness of the match-up in English conditions – same old India – have forgotten just how much of a knife-edge the Edgbaston Test had been, just how much it hinged on Curran’s second innings counter-attack (indeed, during Channel 5’s Day Two commentary from Nottingham, it was observed, in a startling example of analytic amnesia, that England’s top-order collapse was “the first time England have been threatened in this series”). Retaining only the fact of victory, then adding to that an ultimately brutal defeat at Lord’s, contingencies were effaced in a blaze of triumphalist bombast. And that’s a dangerous game, which is precisely what Trent Bridge has brought home.

The easiest thing to do when reading “the history of the present” – be that with the fortunes of sports teams or the heavy lurch of society, politics and culture – is to fit the current situation within the patterns of the past, while the most difficult is, conversely, to pinpoint the emergence of the new against the grain of what has come before.

So let us say now, in the wake of a dominant victory by a team written off in some quarters as English-condition no-hopers – a victory set up with disciplined batting when the ball was hooping, then hammered home with high-class and varied fast bowling – that it may prove a harbinger for India’s medium-term Test future, a sign of their increasingly muscular cricket culture flexing itself into shape for the type of all-terrain hegemony that the Windies and then the Aussies enjoyed from the mid-1970s through to the mid-noughties. 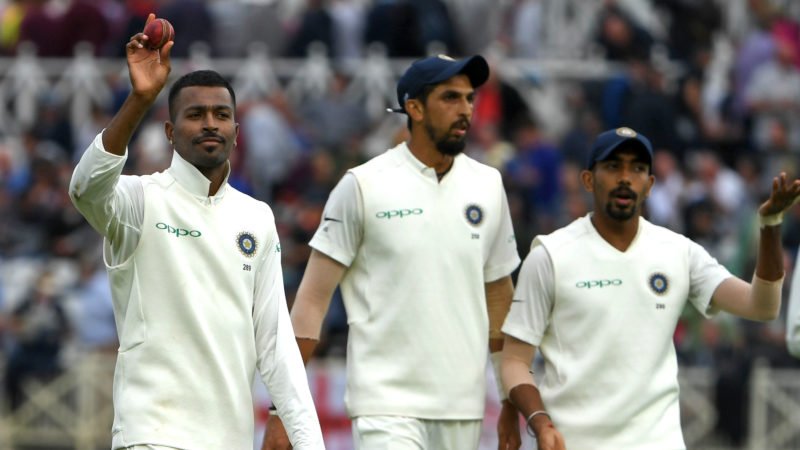 Could India’s increasingly muscular style lead to an extended period of domination?

The deeper forces at play here are, of course, the finances of the Indian game, the uniquely dominant imaginative hold that cricket enjoys on sporting life there, and the hothousing climate of the IPL, which may not engender the technical skills required for Test cricket but certainly fosters intense motivation for self-improvement – in particular, with regard to athleticism and its knock-on effect for fielding – under highly competitive conditions, as well as allowing huge numbers of cricketers to regularly experience high-pressure situations, which may well be more significant for Test success in England than early-season batting in Derby.

But you need the specific cricketers to flower on the surface, too. And the key player in this regard – the bellwether for India’s Test prospects – is Hardik Pandya, who despite an excellent contribution at Trent Bridge – 5 for 29 to blow England away in the first innings, an advantage-sealing half-century when India batted again, and an economical holding role job garlanded with Ben Stokes’ wicket on Day Four – remains a work in progress.

If Che Pujara is the throwback, the stodgy archaism – a cricketer you feel Kohli, given the choice, would rather not have around, a batsman whose strike-rate he has previously criticised, a man whose shuffling gait is that of a neurotic man running along the pavement while trying to avoid the cracks, which makes him a stiff liability in the field and an accident waiting to happen running between wickets – then Pandya is swaggering Indian modernity. He is an outstanding fielder; his batting can be devastating, and has shown an aptitude for adaptability, for graft; and he is starting to demonstrate that, as with Stokes, his bowling – still fourth- rather than third-seamer quality – has the occasional capability to carry the main threat.

India will always produce wristy strokeplayers and outstanding spinners. They now have a growing battery of fast bowlers (add Umesh and Bhuvi Kumar to the Trent Bridge trio), too. But Pandya – slotting into the ‘engine room’ with Ashwin and a keeper – provides the crucial balance when four seamers are needed, and may yet become a good enough ‘sandpaper bowler’ and reverse-swinger on the subcontinent to take the new ball and allow India to play three frontline spinners, with Jadeja batting at No.9, Kuldeep at No.10.

It will be fascinating to watch him, and India, develop. But we should be wary of solid conclusions.