Crossed wires and mystifying mix-ups – here’s a selection of the best and worst misunderstandings in cricket, first published in issue 7 of Wisden Cricket Monthly.

Giving off the wrong signal

Kiwi all-rounder Andre Adams was all set to call time on his career in 2007. “I wanted to do anything but play cricket,” he later said. So when he received a phone call from his agent telling him Notts wanted to sign him, he made it clear he wasn’t interested. Or so he thought. Dodgy signal and a crackly line led his agent to believe Adams had instructed him to accept the offer and terms were agreed in his absence. An understandably shocked Adams was told to pack his bags for Nottingham, where he spent the next eight years, starring in the club’s Championship win of 2010. 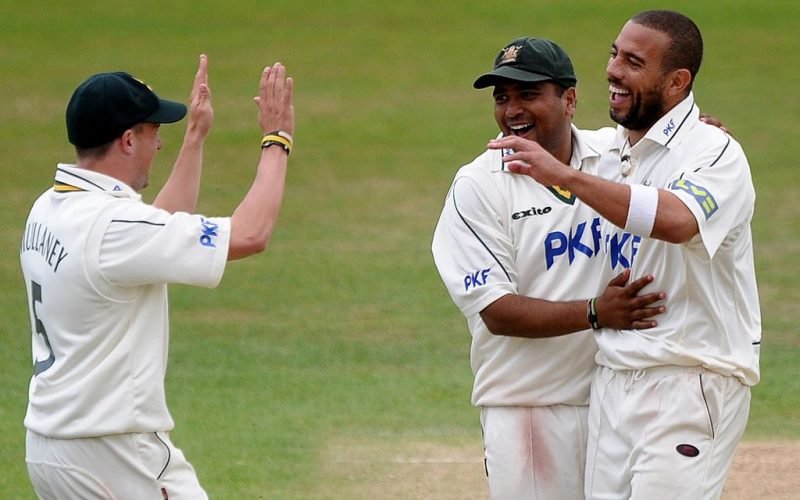 Andre Adams topped the wicket-taking charts in Nottinghamshire’s County Championship winning campaign in 2010, with 68 scalps at 22.17

It’s one of the great cricketing mysteries. Still no one’s confirmed or denied it. Did Australia’s beleaguered selectors really want the New South Wales batsman Mark Taylor for the final Test of the 1986/87 Ashes, only to call up the obscure off-spinner Peter Taylor by mistake? We still don’t know. What we do know is that ‘Peter Who’ spun Australia to victory to acquire instant cult-hero status.

With a plot that feels contrived even by the Time Lord’s particularly warped standards, Black Orchid (season 19, episode 5) sees the fifth incarnation of Doctor Who (Peter Davison) finally justify the presence of his signature Edwardian cricket outfit. Arriving in Cranleigh, Surrey, in 1925, Gallifrey’s most famous Test match devotee is inexplicably mistaken for a participant in an upcoming cricket match and chauffeured to the ground. Needless to say, he turns in a match-winning performance, playing a Botham-esque innings on a sticky dog and channeling Jeff Thomson with a devastating spell of loose-limbed seam.

Identical twins and self-confessed cheeky rascals, Alec and Eric Bedser were inseparable, living together until Eric, the older by 10 minutes, died at the age of 87 in 2006. Often dressing in the same clothes, the Surrey pair loved to create mischief, deliberately baffling an Aussie barber who couldn’t believe Alec’s locks had grown so quickly after cutting his hair the previous day. They also claimed to have each bowled three balls of the same over at The Oval in 1947 with no one aware of their ruse. 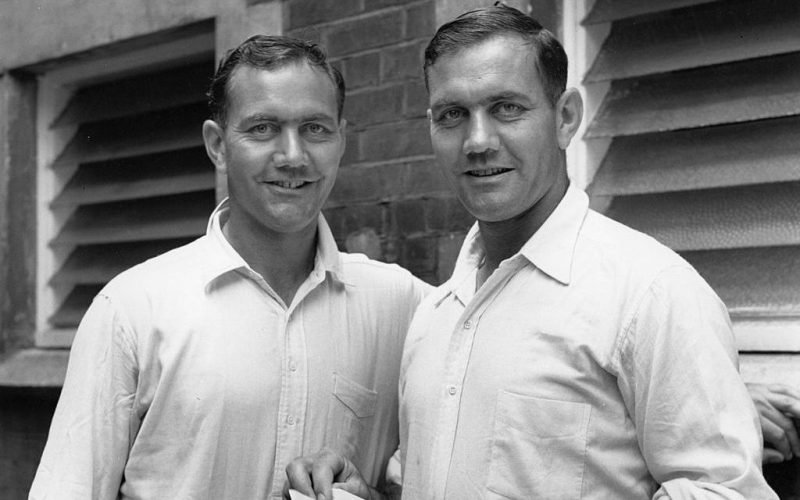 In the midst of a tropical monsoon, cool-hand Mark dead-bats a Murali off-break. The thinking’s crystal: keep wickets in hand, stay ahead of the Duckworth-Lewis required rate, wait for the umpires to head for dry land, win the game. The slight problem is that South Africa still need one more run: as it stands, they’re merely tying with Sri Lanka, and a tie will see them out of their own World Cup. The umpires duly take the players off, and Boucher’s horrifying miscalculation, compounded by skipper Shaun Pollock also getting his sums wrong, sees South Africa ejected from their own show.

It’s 1946. War hero Major Nigel Bennett heads to The Oval to renew his subscription. A decent clubbie, he’d topped the averages at Stowe School in 1930, and played three second XI matches for Surrey in 1936. At the same time, Surrey’s committee has decided to appoint Major Leo Bennett, a prolific club cricketer, as new club captain. But somewhere in the admin mix-up, Major Nigel is offered the job instead of Major Leo. The Times reported: “Alf Gover, in his autobiography, wrote that the pavilion clerk took the papers in to the secretary, who happened to have the chairman with him: they offered the captaincy to this Major Bennett, who accepted.” The team duly took the field in April under Major Nigel’s stewardship. It didn’t go well. Surrey finished 11th, and our hero averaged 16 with the bat and took just one wicket.

In 2004 a team called the Explorers arrived in Moscow for what was claimed to be the first proper cricket match in the Russian capital since the Bolshevik Revolution. However, it quickly turned to farce as the tourists arrived to find the pitch laid out for a croquet match, the pre-match instructions evidently lost in translation. To make matters worse broom handles had to be used in place of stumps after the bloke who was supposed to be bringing the kit forgot to get a visa.

First published in issue 7 of the Wisden Cricket Monthly