The undisputed glamourpuss of the fabled X’mas shindig. In 1986/87, young Daffy shaved his legs to become such a convincing Diana Ross that some of his colleagues were forced to confront some long-buried emotional baggage. Four years later, he would offer up a devastating mix of sexy pirate and Little Richard, but for those hoping to see the triptych complete in 94/95 with a conflagration of, say, Rizzo and Jerry Lee Lewis, were shocked to find him reduced to Batman. England cancelled the tradition thereafter. If Daffy couldn’t, then none of them would. 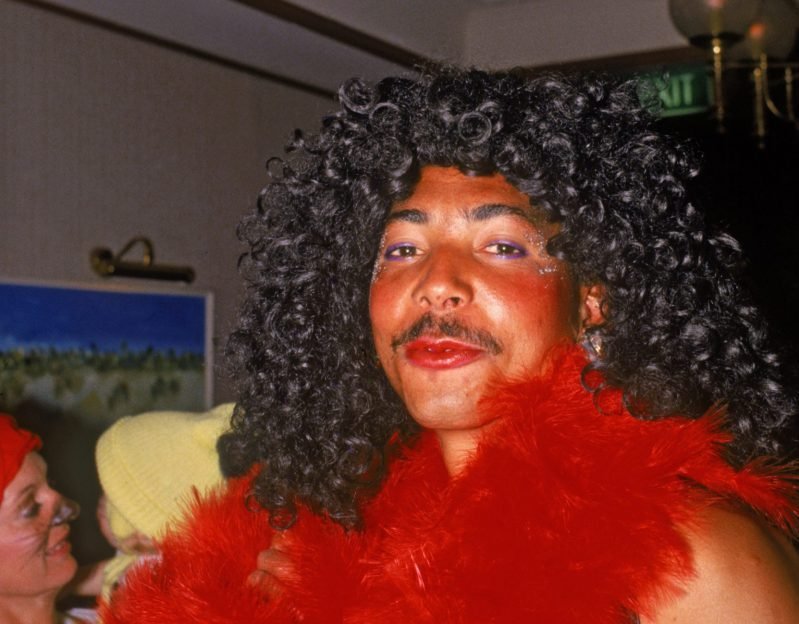 Mahendra Singh Dhoni. Captain, keeper, hitter; businessman, militarist, coolest cat in town. A speed obsessive, fleets of motorbikes sparkle in his various garages; as the 23rd highest-paid athlete in the world in 2015, he can probably afford them. It was on one such monster that he would pose in 2014, dressed as Marlon Brando in On The Waterfront, the image appearing on the front cover of All Out Cricket magazine. We can think of plenty of cricketers who would not have been able to pull this one off. Dhoni is not one of them.

“My job is to get the team right and then move away. I’ll know it’s time to finish when I’m no longer one of the fastest movers in the team. At that point I’ll surely know age is winning.”

From 2014, the definitive Dhoni interview 👇#HappyBirthdayMSDhttps://t.co/w5cPc6EtsL

These days you can’t sneeze on an Ashes tour without an internal enquiry, but back in the good old days of 1921 the two teams shared a ship between Sydney and Portsmouth, and by all accounts enjoyed a right old knees-up. The champion Aussie batsman, Charles Macartney recounts one particularly raucous fancy dress party: “Makepeace as a pirate, Hendren as Tarzan of the Apes and Percy Fender as Rasputin excelled at the fancy dress ball. Warren Bardsley was a mixture of WG Grace and the Ancient Mariner, Johnny Taylor as a Chinese mandarin, and myself as a young lady.” Not for the first time, it was the arch schemer Fender/Rasputin who pulled the strings, setting up a jazz band on deck and enlisting the Ancient Mariner on saxophone.

One last offering from the golden age of Ashes Christmas parties, and it’s none other than Michael Atherton, armed with Powerbow and arrow, as Robin of Locksley; “Secretly hankering for a more cavalier style,” surmised Emma John in Following On, her memoir of cricket in the Nineties. 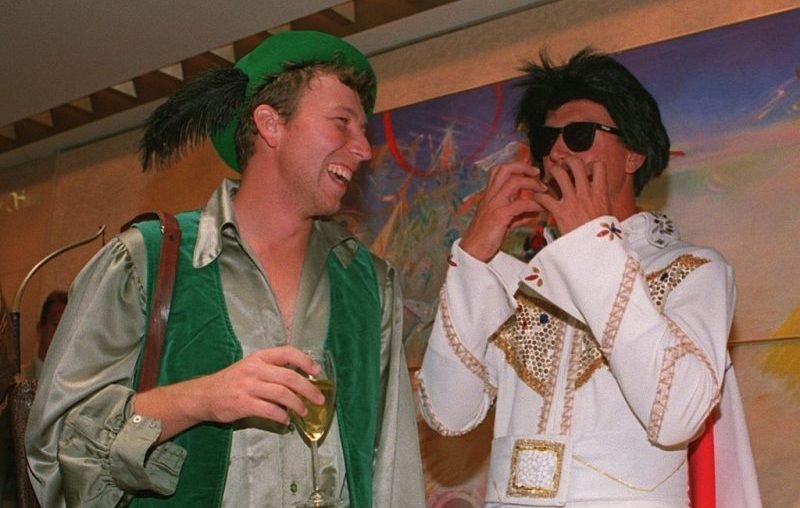 Keeping it in the family

Cricket can often be found pacing the walls of its own echo chamber, and rarely more manically than 1981’s England party in Delhi, when Ian Botham showed up as Geoffrey Boycott … who had himself showed up as Ranjitsinhji. Beefy’s nod to Boycott becoming England’s highest-ever Test run-scorer involved scrawling his tally at the time – 8032 – and the words ‘LOVE ME’ across his chest. Boycs of course, dressed as the princely batsman, found it hilarious.

Ah, the Baggy Green. An enduring cult of the ‘Australia era’ presided over by Steve Waugh, who almost certainly took baths in his own tattered titfer. As captain of the 2001 Ashes party, it was Waugh that instructed all his acolytes to wear their BGs to Wimbledon to support compatriot Pat Rafter, who’d made his way to the final. As with most cults though, there’s always a dissident, and Shane Warne refused, showing up instead in his golf cap. The pair, having first fallen out in 1999 when Warne was dropped against the West Indies, have barely spoken since.

“Warnie will make sure [this] goes on for a very long time. He brings it out once every year!”https://t.co/w3BVf1kjSX

The natural link in the chain running from Bowie to Prince Harry, Gower thought it prudent to bring out the Gestapo to commemorate the 1986/87 Ashes tour. “Gower pushed the envelope,” wrote Phil Tufnell in his Alternative Guide to the Ashes, “him dressed up as a Nazi and the future Mrs Gower in a nun costume…” It perhaps worth repeating that it was a very different world back then. (See also, if you dare, John Morris as Archbishop Desmond Tutu.)

A queasy hotchpotch of Snoop Dogg and Screaming Lord Sutch, Christopher’s wardrobe receives considerably more attention than his international career. You don’t believe us? Go look at his Instagram account, where the Universe Boss overshares on a daily basis. You will have your own favourites, but for us, the ‘Used Car Salesman at Scarface-themed fundraiser for Canadian cueist Kirk Stevens’ look is the finest of them all.