Anshuman Rath, captain of the Hong Kong side until recently, announced his decision to move out of the team and shift to India, hoping to revitalise his cricketing career. It’s another chapter in a riveting story of a 21-year-old’s cricket journey from Hong Kong, to England, and now India.

Two seasons ago, Anshuman Rath was the protagonist of a dreamy tale. Nineteen years old, the Hong Kong-born wicket-keeper batsman was on the brink of entering the Middlesex XI, having shown promise during his stint with the second team.

He already had, in his bag, three years worth of international cricket for his Associate nation of birth, but a scholarship at Harrow School, London, had turned his dream of playing Test cricket into a possibility.

And then came a visa issue, which only highlighted the unfairness of cricket’s hierarchical structures. Hong Kong’s second-tier ICC status prevented his student visa from being converted into a ‘sportsperson’ visa. Angus Fraser, Middlesex’s director of cricket, had batted for the likes of Rath, asking ECB to relax their visa rules. But, Rath had to eventually drop his county ambitions. 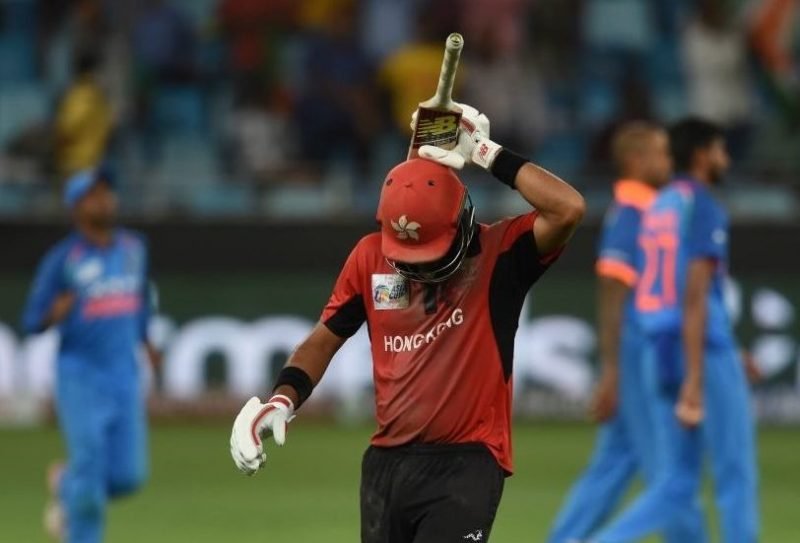 Hong Kong endured a heartbreak in their Asia Cup 2018 against India, collapsing in their chase of 286 despite a 174-run opening stand

“The chips were working there,” Rath told Wisden. “But the situation was how it panned out. Middlesex was very forthcoming and appreciative of what I was going through. Unfortunately, I did not have any residency qualifications.”

Cut to 2019, and Rath had further built on his Hong Kong resume. Bumped to captaincy at just 20, he led the team during the 2018 Asia Cup, where his side almost gave hope of an upset against India. And while Rath is the side’s top scorer in the handful of one-dayers they have played, losing their ODI status in the ICC World Cup qualifier gave his teammates a jolt, and came as a cruel reality check to him. Rath knew he had to weigh his options, and find a steady system where he could continue his cricket.

“I was in the UK, and I have seen the benefits of players developing in a system. Unfortunately, the harsh truth is that in Associate cricket, it is very hard for players to grow and the opportunities aren’t exactly there,” he said.

“I took a hard look at myself and asked if it is worth going through the turmoil of Associate cricket for the next three-four years. Might be best to just call it a day”

At one stage, the uncertainty reached a point where Rath almost decided to forego the game. After all, his teammate, Chris Carter, had put an abrupt end to his pro career to settle in Australia and become a pilot. “I was thinking of calling it a day on my cricketing career, because in Hong Kong, unfortunately the amount of cricket is not very sustainable as a long-term career,” Rath said. “I took a hard look at myself and asked if it is worth going through the turmoil of Associate cricket for the next three-four years. Might be best to just call it a day and finish off my degree and get a job.”

Yet, a tight support system, including from Cricket Hong Kong, encouraged him to keep at it, and he recently zeroed in on India, the country his parents hail from, and of which he has a passport. It gave him new meaning: “India is a big pool, there are a lot of talented players. Hopefully, I’d be one of them and see how far I can go in India.”

The support was understandable. Rath, a gutsy left-handed batsman, has showed maturity beyond his years, and talent that has been restricted to the lower rungs of international cricket. Kumar Sangakkara, Rath’s senior comrade in the Hong Kong T20 Blitz, and his long-time idol, had called him a ‘fantastic player’.

After the loss to India in the 2018 Asia Cup, Dean Jones had lauded Rath’s maturity, tweeting about his post-match speech where he gave a forthright assessment of his batsmen. Young and ambitious, Rath derives energy from his self-belief, and is leaving no stone unturned before embarking onto his next journey.

“In the last year or so, when I had been discussing a move to India, I have several people tell me it is going to be tough, you won’t do well. You won’t do this and that. It is about how I go about my business. Even if I don’t make it to the highest level, I won’t look back and regret. At least I tried.

“If I am not good enough, I am not. But I am not going to leave anything to chance. Right now, I am all in.” 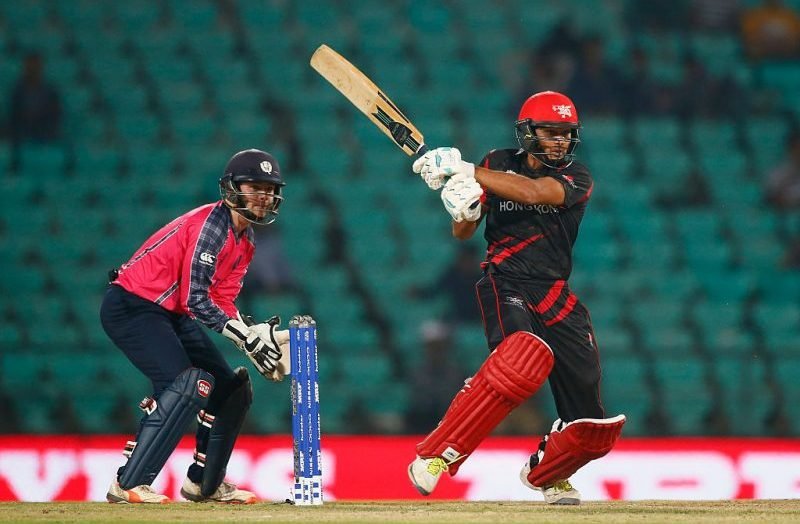 Having succeeded in the Hong Kong T20 Blitz, Rath is now aiming at getting a piece of the IPL cake

With the potential switch to India, with the two-time Ranji champions Vidarbha, Rath is now aiming to expand his repertoire, and explore the possibility of opening the long-closed doors of competitive red-ball cricket.

“Ever since I was a kid, I loved watching Tests and I really enjoyed it. That dream could be realised one day in India. That is even more of an honour. To make it in India is very tough, you have to do the right things but the rewards are greater and the growth is exponential.

“Right now, pretty much the whole Indian team is an inspiration. It just makes me want it more. They are achieving things that no other teams have achieved in the past. They are, in my eyes, one of the best teams across all formats. It is exciting times, and I am looking forward to it.

"A team like Hong Kong, Kenya, or Canada, every game they play is a do-or-die, and that’s just too much pressure"

“But, I am not going to limit myself to just red-ball cricket. My white-ball stats are just as good. Ideally, I would like to play as many formats as I possibly could.”

Along with playing domestic cricket in India, comes the lucrative possibility of featuring in the Indian Premier League. Rath plans to enter into the auction.

And while he looks forward to his next big cricket step, glancing back at Hong Kong cricket gives him mixed feelings.

Anshuman Rath is having a sensational time at #WCL2!

The @CricketHK skipper, who scored a century against Canada yesterday, hit 85 from 98 balls in his side's clash against Papua New Guinea today. pic.twitter.com/uFimz5zDRR

“Hong Kong cricket is a prime example of just Associate cricket in general – glimpses of great performances, and the potential is definitely there, but just the lack of funding, lack of training, lack of matches. How that can hurt a team,” he rued. “There are so many players in the HK team who can definitely push off and have great careers. Unfortunately, structures and all that put a lot of pressure on the players.

Related Story: How to get a visa to visit Kenya for the Africa T10 League

“Every game is essentially a do-or-die game. You have a five-match bilateral series, you play against a Sri Lanka, or Bangladesh. If Sri Lanka lose, that doesn’t matter, there’s another game. If they lose the first two, they can come back and win 3-2. Whereas, a team like Hong Kong, Kenya, or Canada, every game they play is a do-or-die, and that’s just too much pressure. It’s a slippery slope down.

“I believe that Hong Kong can bounce back. I have had a lot of fun playing for them, it has been great. Now it’s time to move on and develop myself. I believe there is enough talent. We just got Trent Johnston as the head coach who will be a great addition. And hopefully, Hong Kong can rise up the ranks again.”