Adam Hollioake always gave the impression of being more than just a cricketer. Still the only England captain to have won a 50-over international tournament, these days his portrait hangs in pavilion at The Oval, though, unusually, it’s drawn from a photo. “They said I’d have to sit there for a day,” he tells me when we meet in Melbourne during the Ashes Test. “And I don’t have the patience for that.”

Now a resident back in his birthplace of Australia, he is about to conduct a canapé meet-and-greet with a tour party of England supporters. The room is mainly filled with mildly disgruntled older fans wanting to know why we’ve lost again. A slightly dour man corners Hollioake as we’re sinking mini-beef pies, saying to me, “You look a bit fat in that shirt”. I look down at myself, pie in hand, shirt drenched from a sudden downpour. Already conscious that my floral woman’s shirt is not necessarily in keeping with the dress code, give or take a few of the older women present, I simply smile and wonder where this culture in cricket of meeting-by-insult comes from. 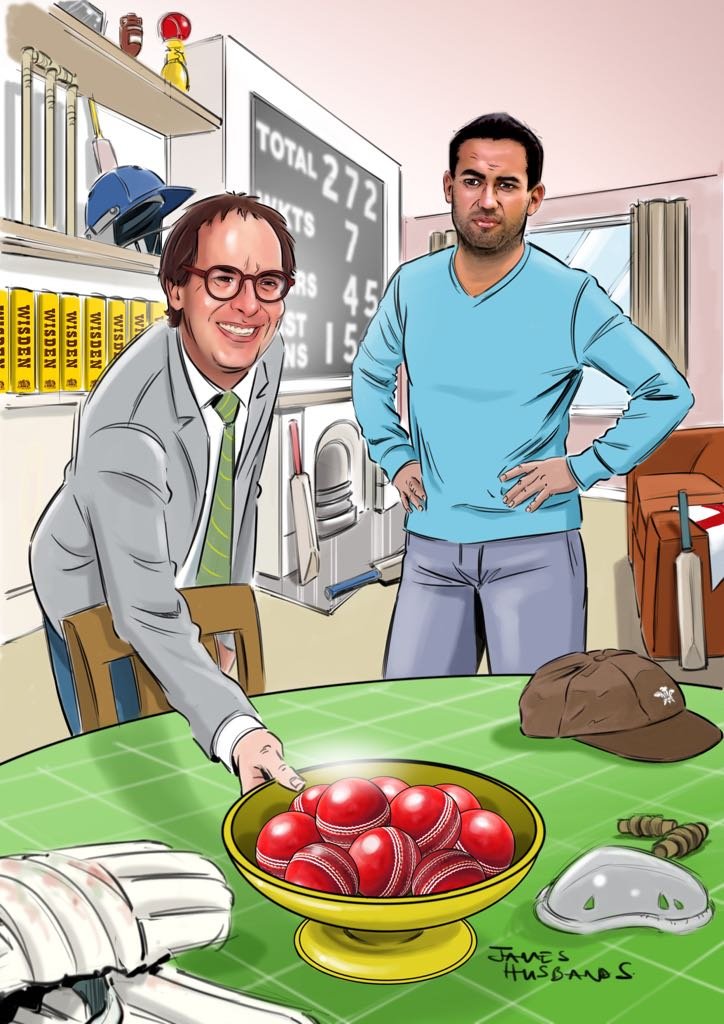 Hollioake spends the next hour describing his life post-career. “The long-neck Galápagos turtle grew a long neck to get the vegetation up high.  It learnt to survive. I’ve managed to evolve from playing professional cricket, to fighting, boxing and mixed martial arts professionally, I coached a side in Afghanistan amidst terror attacks, and now I’m writing a novel.” And the credentials don’t stop there. “I’m a qualified hypnotherapist. Luckily I haven’t had any patients yet. I’d probably have them quacking like a duck.”

His fighting career began by accident, when the property development company he set up, at first very successfully, crashed. “I lost everything. A guy I’d been training with for fun, said: ‘I could get you money for a fight, but it’s this weekend.’ I thought to myself, ‘Well, I could fight down the pub for free, no gloves, glasses, people coming from all angles. Here I’m going  to get paid’. I knocked the guy out. It went from there. The same thing happened when I finished playing cricket. I was watching it on TV years later thinking, ‘These guys are so good’. And then I remembered: ‘Holy shit, I used to do that too.’”

“I’m a qualified hypnotherapist. Luckily I haven’t had any patients yet. I’d probably have them quacking like a duck.”

This constant reinvention relies upon a conscious non-attachment to former glories in whatever form. “Through The Keyhole came to my house. Loyd Grossman said, ‘We need to plant some stuff because no one is going to know it’s a cricketer’s house’. I don’t have anything lying around; you become a prisoner of your past.”

As a cricketer-thinker, Hollioake was ahead of his time; recently enlisted to help coach the England Lions squad, he now teaches them his famous slower ball. His younger brother Ben, a rare and exuberant talent, made his Test debut alongside him in 1997. A combination of the two would have made the perfect modern cricketer.

“Loyd Grossman said, ‘We need to plant some stuff because no one is going to know it’s a cricketer’s house’”

My affinity with Adam Hollioake deepened after the tragically early death of Ben in a car crash at the age of 24. The game of cricket, he has said, was rendered meaningless in its wake. Ben’s death happened almost immediately after my mother died. The Queen Mother passed soon after, and in accordance, flags were at half-mast and black armbands worn seemingly on every corner around London. I considered them to be a kind of umbrella of grief, as much in tribute to my mum and Ben as to a member of the Royal Family who had lived to 101. Thinking it perhaps a little too heavy in a room of tourists seeking answers about England’s inability to breed fast bowlers, I don’t mention that to him. I do stay for the canapés though, during which he lists the many charities that have benefitted from the Ben Hollioake Fund. He also tells me about setting up the elite sports gameshow Superstars in Australia, having previously competed in the UK version in 2003.

“All the other contestants had just come from the Athens Olympics. I doubled the body fat of the entire group. During the 100 metres, Linford Christie’s on commentary was going, ‘Well, the cricketer’s too fat, Chris Hoy will win’. I roasted them, I left them all in my dust.”

Taking small consolation from such body-weight assumptions, I leave him fielding questions on a series he hasn’t really watched, while hoping that the novel he has in mind is based on real life.