Alastair Cook retired from international cricket at the end of the 2018 English summer with scores of 71 and 147 against India at the Oval, but Ryan ten Doeschate, his Essex captain, feels a return to the national side could happen ‘in times of desperation’.

With 12472 Test runs, the former England captain is comfortably the all-time leading run-scorer for England, and is fifth-highest overall. He became the first England cricketer since Ian Botham to be knighted in the 2019 New Years Honours List.

At the time of announcing his retirement, Cook had stated that ‘there is nothing left in the tank’. But if his unbeaten 150 in the pre-season match for Essex against Cambridge is anything to go by, there is plenty left. Even ten Doeschate believes so.

The first ? of the season, courtesy of Sir A.N. Cook.

“It is a possibility,” ten Doeschate told TalkSport. “Just speaking to him and gauging where he’s at, I would say it is unlikely, but I know how much he does love England cricket and how much work he has put in there.

“I wouldn’t rule it out in times of desperation. If he was playing really well and the desire was there, then I guess there’s no reason why he can’t make a comeback.”

“Obviously he's a fantastic cricketer, but the things he brings away from cricket are just as important”

England’s opening woes in Test cricket are far from settled. In their recent tour of the Windies, where they were surprised 2-1, openers Rory Burns and Keaton Jennings both struggled for runs.

Both average only 25 – a number that pales in comparison to Cook’s 45.35, which he maintained over 161 matches. 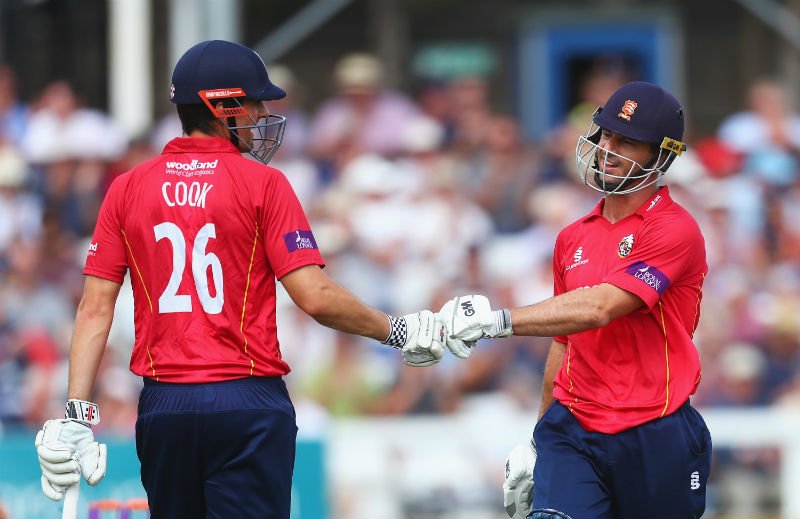 At least for now, though, Cook’s going to be serving Essex full-time, and the skipper is thrilled about how he can help the team lift the County Championship.

Related Story: Quiz! Every England player who has batted with Alastair Cook in Test cricket

“Obviously, he’s a fantastic cricketer, but the things he brings away from cricket are just as important,” ten Doeschate said. “His work ethic, the desire he has for the game, and the desire he has to pass on his knowledge is an absolute treasure chest for us.

“He could really strengthen what’s been a slightly under-achieving batting line-up for us in the past few years, and if he can drag a few guys along with him, we’ve definitely got the bowlers to do very well in this Championship.”