England were skittled for 85 before lunch as 20 wickets fell on an eventful first day of their one-off Test against Ireland.

Skipper Joe Root won the toss and chose to bat on a scorching day at Lord’s. Ireland and Middlesex pace bowler Tim Murtagh did the damage with the ball early on at his home ground, removing debutant Jason Roy  in the third over of the match.

England lost six wickets for seven runs in an emphatic collapse as they slipped to 43-7. 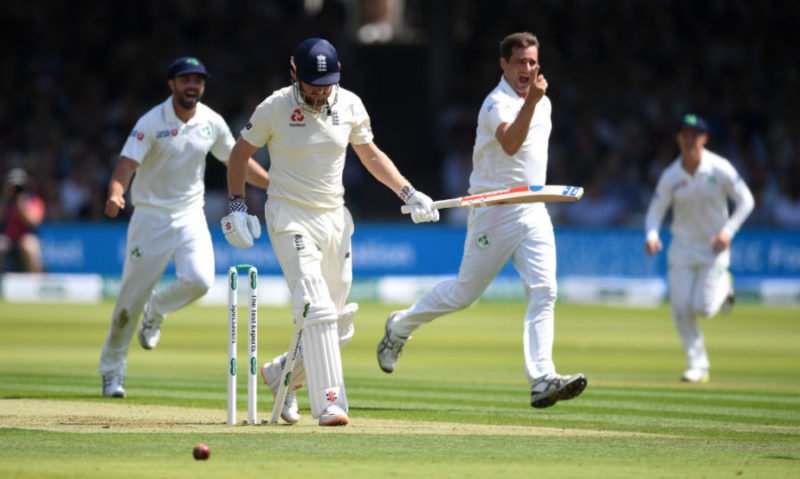 Mark Adair started the roll by trapping Joe Denly lbw for 23, which would be the top score in England’s innings. Rory Burns edged Murtagh behind for just 6 and Joe Root was given out lbw for 2 on a successful Irish review.

Jonny Bairstow, Chris Woakes and Moeen Ali all failed to trouble the scorers and fell to Murtagh, who claimed remarkable figures of 5-13.

Brief cameos from Sam Curran (18) and Olly Stone (19) took England to 85 all out – although not even their lowest total this year (77 v West Indies).

Ireland are backing up their bowling display with the bat. @balbo90 has gone to a second Test half-century, and Paul Stirling looks in fine touch. #ENGvIRE

In reply, Ireland reached 127-2 at tea as Andrew Balbirnie advanced to his second Test half-century, supported well by Paul Stirling (36).

Stuart Broad, Curran, and Stone all picked up three-wicket hauls in a much-improved final session for the English. Ireland were reduced to 149-7 before contributions from Kevin O’Brien (28*) and Murtagh (16) helped guide the lead past 100 and to a final total of 207. 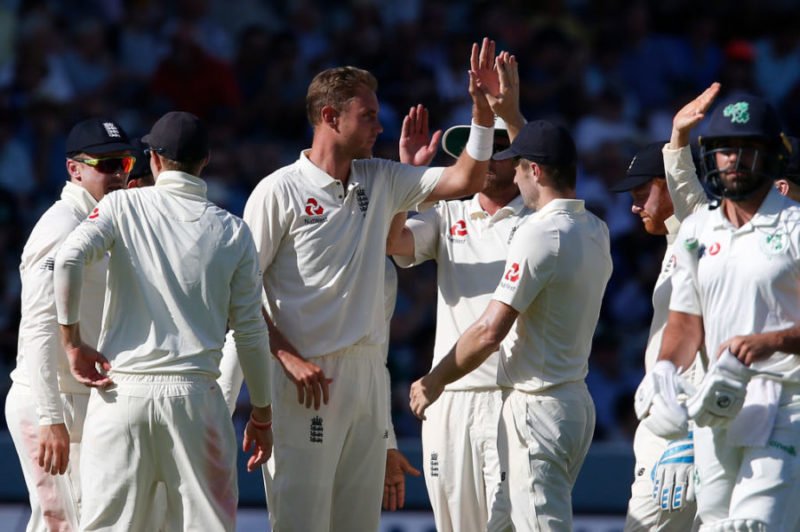 England progressed to the close of play unscathed but have a lot of work to do tomorrow if they are to salvage anything from the match.