England completed a brisk turnaround on day three to beat Ireland at Lord’s by 143 runs.

England failed to improve on their overnight total of 303-9, Olly Stone being bowled by the first ball of the day from Stuart Thompson.

That meant Ireland required 182 runs to complete a memorable win at the Home of Cricket.

However, after a short rain delay, a brutal display of fast bowling and faultless catching blew Ireland away before lunch and they recorded the lowest Test score at Lord’s of 38. 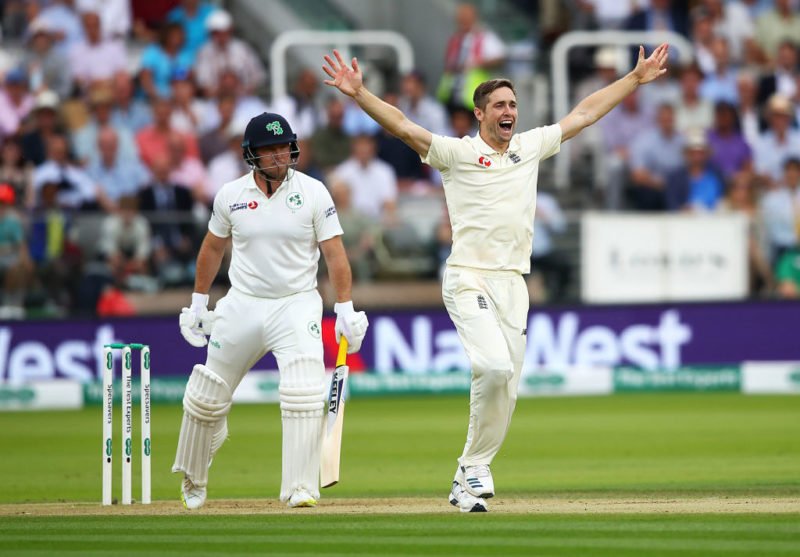 Chris Woakes starred with the ball for England

It started with a sharp catch by Jonny Bairstow to dismiss Ireland captain William Porterfield.

Chris Woakes claimed astonishing figures of 6-17 which was the third time he has achieved the feat of five wickets in an innings at Lord’s.

Stuart Broad did the damage from the other end, picking up four wickets of his own as England’s new-ball pair utilised ideal bowling conditions to perfection.

Ireland are bowled out for just 38 as England win by 143 runs.

Only one Irish batsman made double figures in an innings which lasted just 15.4 overs – the shortest at Lord’s in Tests.

It was quite a recovery from England who were bowled out for 85 before lunch on day one. 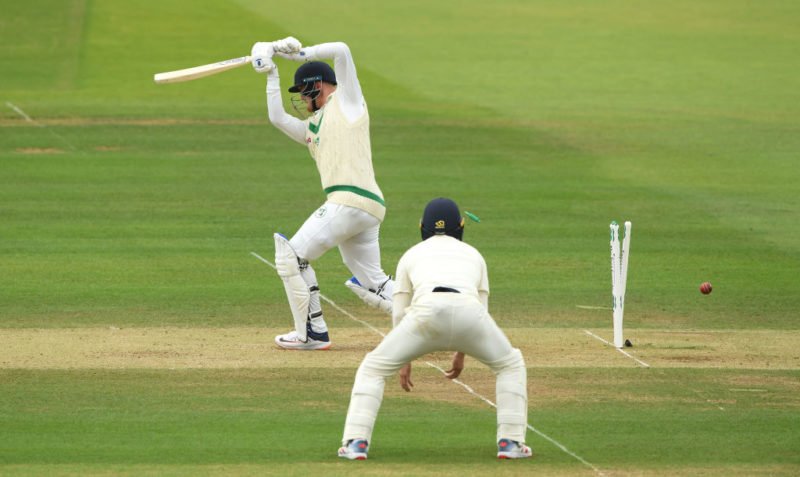 Ireland will rue what was an excellent opportunity to record their first-ever win in Tests after performing superbly for two days.

Related Story: Marks out of 10: England player ratings after their 2-1 series win over South Africa

Spinner Jack Leach was named Player of the Match for his 92 as nightwatchman on the second day which helped England come back into the match.

That was England’s last Test before the forthcoming Ashes series against Australia, which gets underway next Thursday at Edgbaston.