Yas Rana explores a series-changing spell from a bygone era, when Rene Farell set the Ashes alight even as the world looked elsewhere, selected at No.4 in Wisden’s women’s bowling performances of the decade.

In 2019, we’re accustomed to clips of world class action from the women’s game going viral. Sarah Taylor stumpings regularly do the rounds, a stunning Harmanpreet Kaur catch garnered more likes on a Wisden tweet than any other in 2019, and even a 15-year-old nailing it in the nets made heads turn around the world – top level women’s cricket is starting to get the recognition it deserves, at least in the digital sphere.

But that hasn’t been the case for a very long.

As recently as 2011, an extraordinary five-ball burst that turned the Ashes on its head wasn’t even broadcast on television. In the last of three consecutive Ashes ‘series’ that were decided by a solitary Test, the lack of coverage of Rene Farrell’s tour-defining spell highlights how far interest in the women’s game has come over the course of the decade. Very little online footage of the Test exists and England’s tour of Australia wasn’t even mentioned in that year’s Wisden Almanack – despite two separate chapters being dedicated to the men’s tour that ran concurrently with the women’s. Farrell’s spell was given three lines in the following edition. 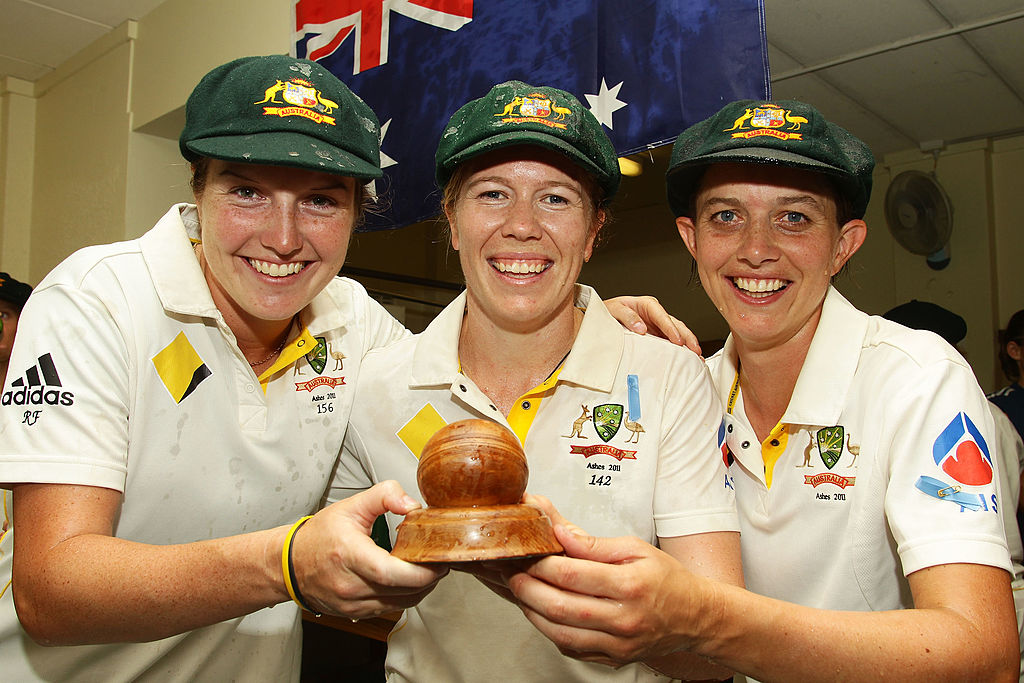 England entered the Test only needing a draw to retain the Ashes having held the urn on the three previous occasions. And it looked to be heading their way again. A first-innings Charlotte Edwards century helped England rack up a painstakingly slow but effective 207 off 119.3 overs. More than a day of the four-day Test eaten up already.

Australia’s reply never really got going. In an attempt to move the game forward, stand-in skipper Alex Blackwell made the bold decision to declare on the second evening with Australia still 48 runs in arrears. England then had the opportunity to bat the Australians out of the game, and it looked like Edwards would do just that. Alongside Jenny Gunn, who was the second-top scorer in the first innings, Edwards was on track to take the game out of Australia’s reach. Then in the 52nd over, with England leading by 140 and just four wickets down on the penultimate afternoon that all changed. 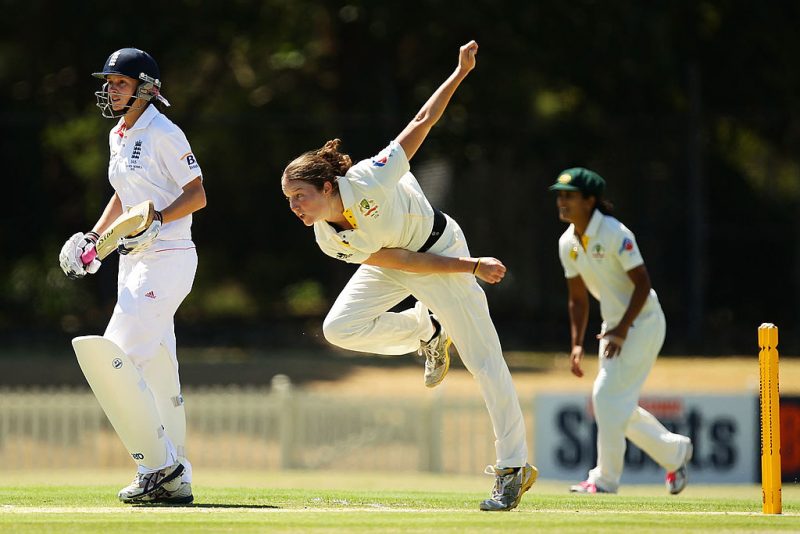 Rene Farrell ended the game with match figures of 7-55

First, Farrell had Gunn caught at slip with the fifth ball of her 11th over to open up the floodgates. Then, in the space of three balls Australia went from rank outsiders to possible favourites. In trapping Edwards in front, Katherine Brunt playing on first ball and pinning Danielle Hazell lbw for a golden duck – Australia had set an eye-catchingly attacking field for the hat-trick ball with two forward short-legs, two slips and two catchers in close on the off-side – Farrell became the third woman to take a Test match hat-trick and her four wickets in five balls had given Australia a fighting chance of regaining the Ashes.

Australia eventually bowled England out for 149 and chased down their target of 198 with the loss of just three wickets, thanks largely to a 125-run stand between Blackwell and Sarah Elliott. The Ashes were Australia’s once more.

Edwards ended her career with only one female cricketer registering more Test runs and more Test centuries than her in the history of the game. She’d scored more than half of England’s first innings runs and up until the point of her dismissal, had batted for over eight an half hours in the Test. Carnage could ensue at the other end, but as long as Edwards was still at the crease England were in the box seat.

For the fateful delivery, Edwards looked to flick the ball into the leg side, but for once, she missed. Farrell and her teammates appealed with all their might and after an eternity, the umpire’s finger was raised and Edwards was on her way.