Even as the Indian men’s team was struggling on their 2014 tour of England, the women, playing a rare Test, surprised the hosts at Wormsley. Karunya Keshav looks back on the spell from Niranjana Nagarajan that started it all.

Eight debutants in their side, hardly any red-ball experience even in domestic cricket, and a country playing their first Test match in eight years – few expected the Indian women’s team to even challenge a more experienced, newly professional England women’s side, let alone bowl them out for 92 on the first day.

England’s downfall on that balmy August day at the picturesque Wormsley ground was down to India’s four-pronged seam attack led by the experienced Jhulan Goswami, and featuring Niranjana Nagarajan, Shikha Pandey and Shubhlakshmi Sharma. Goswami had a history of saving her best for England, and it seemed her influence had rubbed off onto Nagarajan, her new-ball partner.

In an inspired first spell of 10 overs, Nagarajan ran through the hosts’ top order for figures of 10-5-11-4. 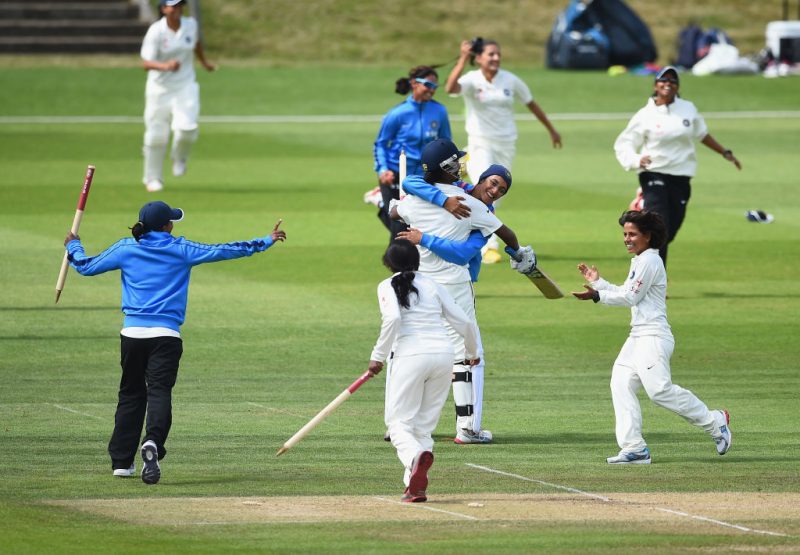 A win for India, who were playing Test cricket after a break of eight years, was unexpected

For someone whose selection was not guaranteed as she recovered from a bout of malaria prior to the series, the wickets were a validation of her ability.

The green-tinged pitch on which England were inserted, along with overcast weather, offered the bowlers some aid, but India’s success was as much down to sticking to plans. The new-ball bowlers tested England with away-swing. So, when Nagarajan’s full-length ones jagged back in, it took the batters by surprise, trapping them in front.

Both Heather Knight and Charlotte Edwards fell to similar deliveries, lbw to full balls that were targeted at the stumps. Between them, Lauren Winfield was caught behind driving at an out-swinger. When Lydia Greenway became Nagarajan’s fourth victim, also unsurprisingly an lbw, England were 49-5.

Congrats to India women. Never a team to underestimate. Chance for the @BCCI to invest in a winning team perhaps? #EngvInd

The bowling tactic found an echo throughout the game, with England’s Jenny Gunn too putting the fuller length balls to good use. In all, the match saw a record 20 lbws.

Nagarajan’s contribution wasn’t limited to her bowling: she was the team’s highest run-getter with 27 as they took a 22-run lead. She then spent the fourth innings nervously by a spot near the window, fanning her superstitions, while India chased a target of 181.

The experience of Mithali Raj and the verve of a teenaged Smriti Mandhana and a fresh-faced Pandey saw India through a famous chase. Having celebrated the country’s independence day at Wormsley, the team were eager to proudly show off their colours and fly the flag high. It was, Nagarajan said, “one of my best experiences with the team”. 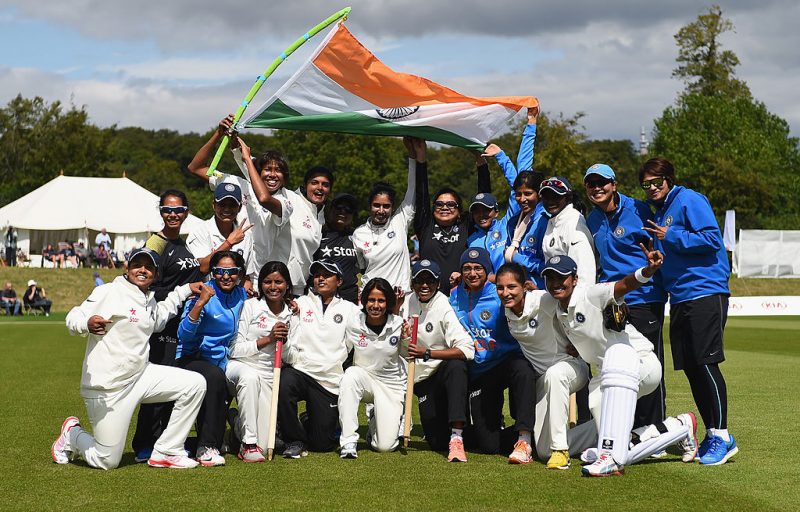 The first wicket of the match was the perfect execution of a plan, and set the tone for the rest of the bowlers from both teams to follow. Running in from a slight angle, Nagarajan got good pace bowling over the wicket, aiming a full delivery at the stumps.

Knight, who almost exactly a year previously had made 157 against Australia on the same ground, completely misjudged the length. Her indecision was evident, as she ended up playing across the line, and was rapped on the pads.

The umpire had little doubt in raising the finger, and Nagarajan got down on one knee to pump her fist in jubilation.

Wisden’s Decade in review series is brought to you in association with Perry, designers of distinctive club blazers made in Yorkshire since 1946.