Umar Gul. Now there’s a name you haven’t heard for a while, one that hasn’t been around international cricket since 2016. A return seems wholly unlikely.

How will history remember Gul? He didn’t set the world alight in the manner of Wasim and Waqar, and he didn’t frighten like Akhtar. He didn’t capture you like Asif in his pomp or Amir in his youth. And yet Gul did touch greatness – in the shortest format. 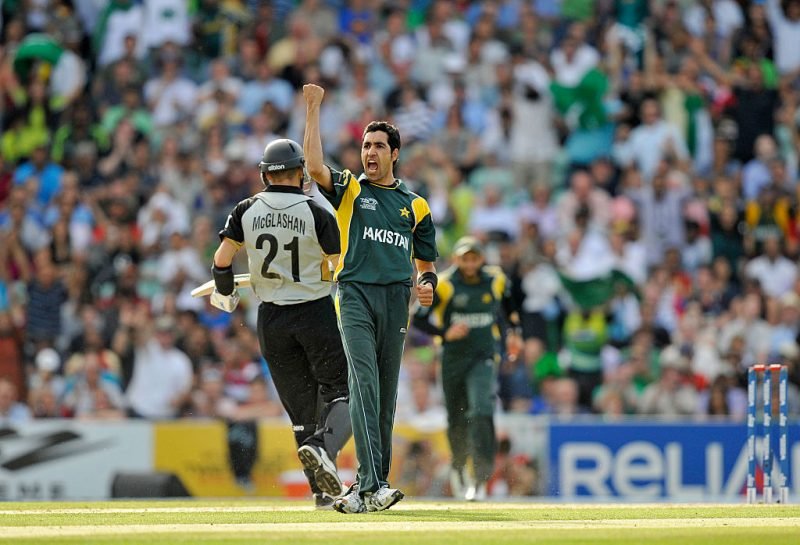 The previous decade contained his greatest hits. In Dubai, Gul conceded just eight runs for his four wickets against Australia, reverse swing his ally as he fed into the tail. A month later he dismantled New Zealand in south London at the 2009 World T20, returning incredible figures of 5-6. Across the first two men’s World T20 tournaments, Gul’s 26 wickets, at an average of 12.03, put him at the top of the wicket-taker’s pile. He was beyond instrumental in taking Pakistan to two consecutive finals; a winner’s medal in 2009 was just reward for his efforts.

Fast-forward to 2013 and Gul was on the way down, but he still had it in him for one last show. Centurion was his stage, South Africa’s line-up his victims. It wasn’t a spectacle; his trademark yorker did not make an appearance. Simplicity did the trick, with the balls banging on a length, and the hapless batsmen bearing plenty of gifts.

Faf du Plessis’ golf swing feathered an edge behind and Chris Morris offered third man catching practice. Justin Ontong missed one on his pads before Farhaan Behardien slapped one to backward point. Kyle Abbott gloved one up so invitingly that even Kamran Akmal wasn’t going to make a meal of it.

Related Story: Why Zimbabwe have a realistic shot at the T20 World Cup semi-finals, even if they lose to India

In just 14 balls, Gul had recreated his New Zealand masterpiece. It was a final hurrah of sorts, his last great rout of an international line-up. He remains the second most prolific fast bowler in men’s T20Is, trailing only the great Lasith Malinga. Umar Gul will not be forgotten in a hurry.

The bulk of Gul’s damage came in his very first over. Morris fell immediately after du Plessis and any disappointment of missing out on a hat-trick was eased with the final ball. Gul went full and straight; Ontong’s decision to move across his stumps for a leg-side flick was unwise. The appeal was vociferous, and the finger was never not going to go up.